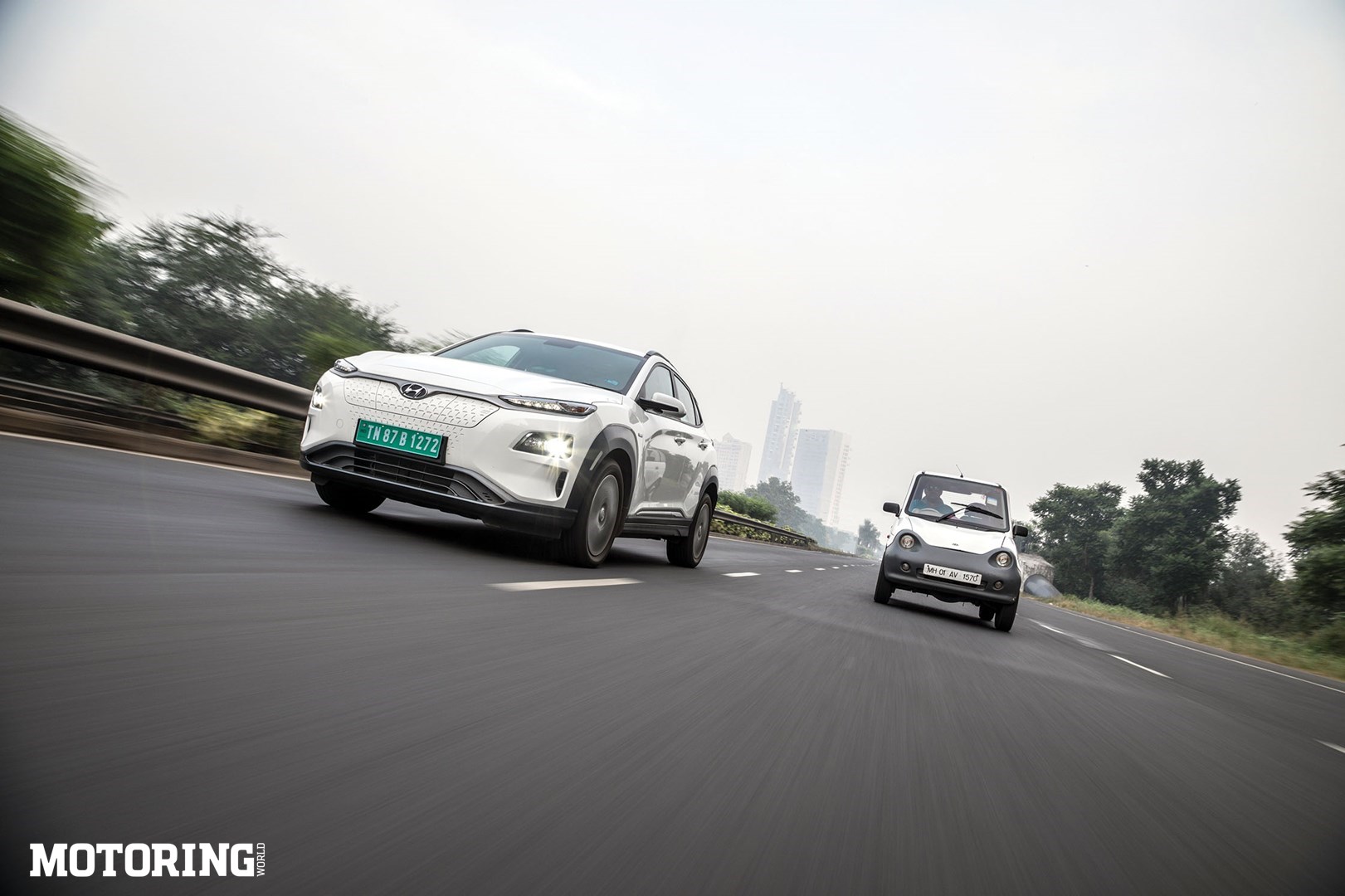 The first electric car was invented in the 1880s. And 140 years later, I drove a Hyundai Kona EV home. Between the preceding sentences lies a history that finally seems to be coming full circle, all over the world. In the late 1800s and early 1900s, electric cars were actually all over the place in Europe. But then petrol-powered cars came along and addressed issues that plagued EVs — range and ease of refuelling — and pretty much wiped out their electric rivals. The more things change, the more they don’t, it would appear. Plus I suspect IC gave men something manly to do, and they even immediately labelled EVs as cars for women. Typical. 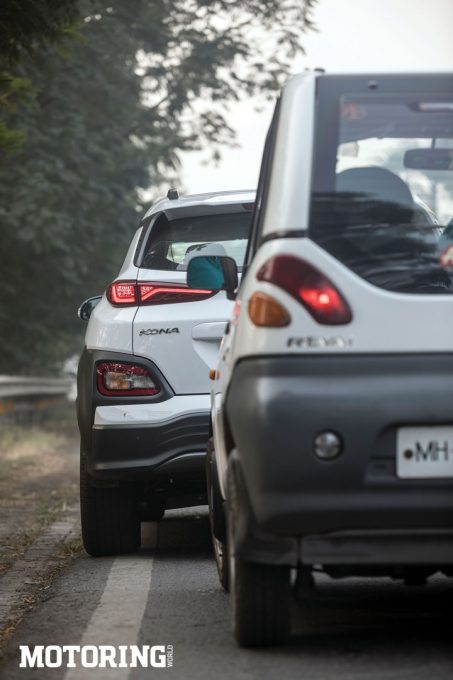 However, did you know that the first automobile to break the 100-kph barrier was electric? La Jamais Contente (meaning Never Happy) from Belgium whined away to a historic 105.882 kph in 1899. And as I wondered about the history of electric vehicles, the Kona blew past that poignant mark from a standing start with torque-laced humility. The Kona’s acceleration was great, with Hyundai claiming that its 134 bhp and 40.27 kgm enable a 9.7-second run to 100 kph. I wondered if La Jamais Contente had the same high-pitched whine as the Kona. Was that the sound of an inevitable future, delayed as it may be?

All of this pondering led me to think of the first electric car I drove, the Maini Reva. And I wondered if I could find one to juxtapose with the Kona. A couple of phone calls later, not only did I find a Reva, it also came with Dr Swaranjit Singh Bhatti as its owner who’s been driving it for the past ten years. Who better to plonk in the Kona and talk all things electric? For those who came in late, the Reva was India’s first electric car and sold from 2001 to 2012. It was an idea far ahead of its time and, as it goes with such things, is even more relevant today.

Dr Bhatti says he’s not a passionate electric car fan. ‘I like it more for the size it is, it’s a great thing in a crowded city like Mumbai. The electric motor does make for a smooth drive, but if offered a petrol car of the same size, I’d definitely consider it.’ There’s a mark around his wrist that didn’t escape notice. You see, his kada happened to touch his Reva’s modified battery and became superhot in a second, and burned his skin. If a car did that to me, I’d immediately return the favour, and that prompted another question — is it even possible to be charmed by electric motors in the same way that IC engines can? Does the absence of a crankshaft and piston also mean a lack of emotion?

‘The Kona feels like any IC car to drive, but the acceleration is better than any petrol car I’ve driven,’ said Dr Bhatti. ‘Even my Reva is great in the city because of its low-end acceleration and that is the advantage of electric cars. A friend helped me assemble a lithium-iron-phosphate battery instead of the stock lead-acid battery that needed to be topped up every week or so. Now my Reva is a much peppier drive.’ And an LiFePO4 battery is safer as well as longer lasting than a Li-ion one. Dr Bhatti followed this up with a lot more of electric speak, most of which reminded me of why I hated chemistry lectures in college, but it did leave me with a distinct impression that Dr Bhatti is far more invested in his electric car  than most people are in their IC-engined vehicles. 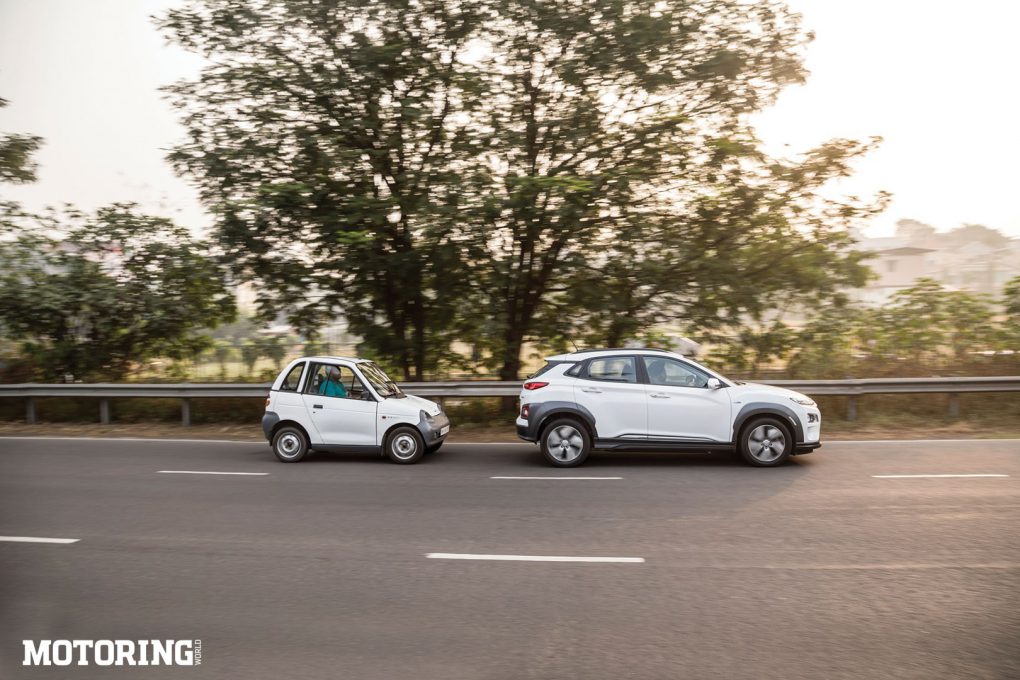 After ten years of driving one, would he recommend an electric car to someone today? ‘Probably not right away but in a few years,’ he said, ‘People need a barebones electric car first because they will want to figure out how it works for themselves. And we need off-the-shelf parts for electric cars. I’d love to get a lithium-titanate battery for my Reva. Also, compared to my Tata Zest, I’d pick the Reva any day. Electric is the way forward.’ That’s pretty conclusive for a person who says he’s not really passionate about his car.

I told Dr Bhatti how I faced a problem with finding a socket to charge the Kona at home and he completely empathised. ‘Even with a 15-ampere socket, charging my Reva sometimes trips the circuit. I’ve tried to think of ways to charge it more efficiently. I even considered a solar-panel setup, but then it’d take a week to charge my car, so that was that,’ he said. So how did I charge the Kona? I didn’t; I had to ask Aadil to take the car and charge it at his place. You can see how that can be a bit of an issue to live with.

But there’s no doubting the electric car. Dr Bhatti said, ‘In the Reva, I am much calmer. It’s just more relaxing to drive. In the Zest, I can see myself getting angry. The nature of the electric car and the ease of driving it leads to a far more peaceful drive.’ Cleaner and calmer? We could all do with that, methinks. So would he consider upgrading to the Kona, then? His one-word answer is more pertinent than most people would realise — ‘Never.’ Pressed on it, he said, ‘I mean the car is great to drive, but I want a basic electric car for the city.’ And therein lies the rub.

The Kona EV is the kind of car that will get people interested in EVs in a more-than-cursory manner. Wherever I went in Mumbai, I had people come up to the car and gape at it. And I could see that they wanted one. As cars, that is the fundamental difference between the Reva and the Kona. The Reva didn’t really work because in an automotive market that was coming of age, a gawky little electric car was never going to be desirable. The Kona, with its Korean astronaut looks, makes its presence felt.

But the meeting of these two cars makes one thing clear. We have to change the way we look at cars. Sure, manufacturers may use the dimensions of a compact SUV to make the most rounded electric package they can, but in a city what we need is a Reva-sized car. And packaging an electric propulsion system that offers substantial range into tiny dimensions at an affordable price, I imagine, is a lot more difficult than making a Kona EV. The way forward, though, seems to be a combination of the Reva and the Kona. Along with that, after a century and a half, we need science to cure the electric car’s long-standing ailments.

Technology needs to improve and fast. And the improvers need to be generous with said technology and not let greed dictate terms. Battery types, battery performance, charging speed and resale value are some of the shortcomings of the electric car. And that’s without even getting into how we will dispose/recycle batteries once they’re unsuitable for use in cars. Even in the 1800s, when electric cars were starting out, they were a difficult sell because of lack of infrastructure. Little has changed, even if the discerning car buyer from the 1800s was more concerned about the fact that his house didn’t have electricity at all instead of fussing over the lack of charging points.

EVs have always made sense and people have known that for a long, long time. The Internet is full of documentaries and reports to that effect. But industry is built on profit and there’s more of that in assembling an engine with hundreds of parts as opposed to one — the motor — in an EV. Also, there’s the question of what to do with hundreds of thousands of engineers in the workforce at different stages of their lives and careers. The younger ones might adapt, but there’s definitely going to be collateral damage with a switch to electric cars. New technology always affects society. And that’s where it comes full circle.

People chose internal combustion over electric in the early 1900s and that choice has come around to chomp on our backsides. I don’t think petrol and diesel cars are going anywhere any time soon, but the future does seem to be full of sockets and high-voltage cables. Electric vehicles will remain a form of transport — we all need it — but I don’t think they will become the expressions of art that living, breathing IC bikes and cars can be. After more than a century, the revenge of the electric car is on the horizon, but it’s indifferent and impersonal. Or maybe I’m wrong about all of this and EVs will actually spawn whole new generations of poets. The background noise to these thoughts was the Kona’s high-pitched whine under acceleration, and it may well have been a triumphant scream. 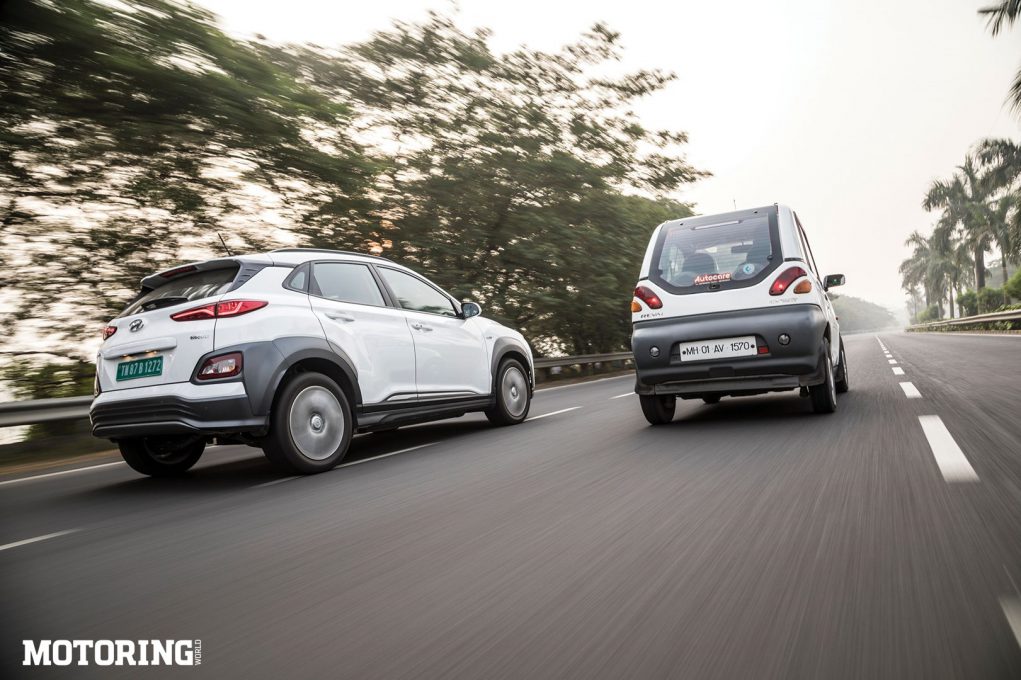