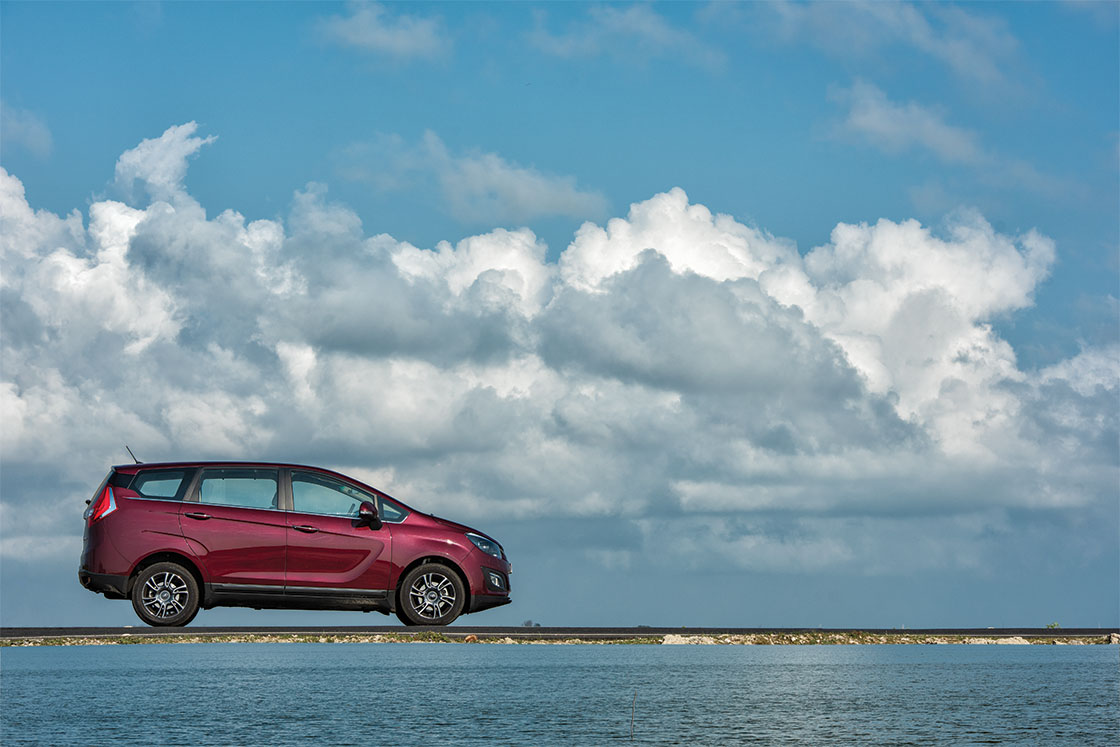 As you scroll through social media bios, the one word that’s likely to appear the most is ‘love’. Some people love food, some love to travel, and a large percentage of the online crowd loves to share their experiences. And it’d be untrue if I said I don’t love the idea of taking a road trip. And not just any road trip, my fellow car enthusiasts, this one involves scaling the southern part of India through the winding roads next to the endless expanse of water. Sounds intriguing? You bet. With us on this scenic voyage of ours is a new friend that I’ve made. It’s called the Mahindra Marazzo, and as most of you have learnt already it’s a neat bit of kit, this car. More about it as we find our way through but first let’s get on with the journey. 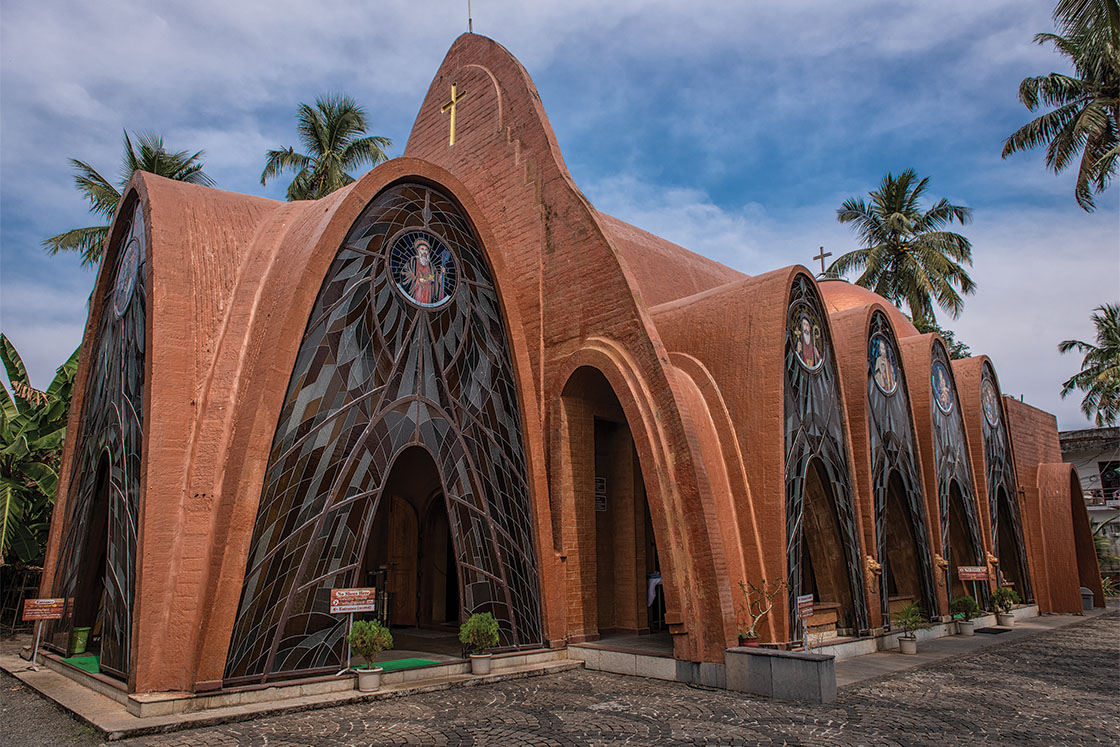 It all starts in what’s referred to as the Queen of the Arabian Sea. Kochi, or Cochin as it was called earlier, has been an important city for coastal India. Not only was it instrumental in trade, it was also one of the first cities that were colonised by Europeans. The presence of old churches (in fact the oldest European church in India is in Kochi) and the overall architecture is a testament to that. While mainland Ernakulam has everything you’d expect in a modern city, Fort Kochi and the adjoining area of Mattancherry are a tourist delight.

The Kochi-Muziris Biennale is also held here, which ensures that people who have a fine taste in art, find a way to come to Kochi. Fittingly, adding further to the coastal city’s beauty is its wall art. And being a coastal city, Kochi has a fair deal of fishing activities. Which means as soon as you head towards the beach, you’d find a barrage of Chinese fishing nets. It’s a surprise that something of such a utility can actually look this good. 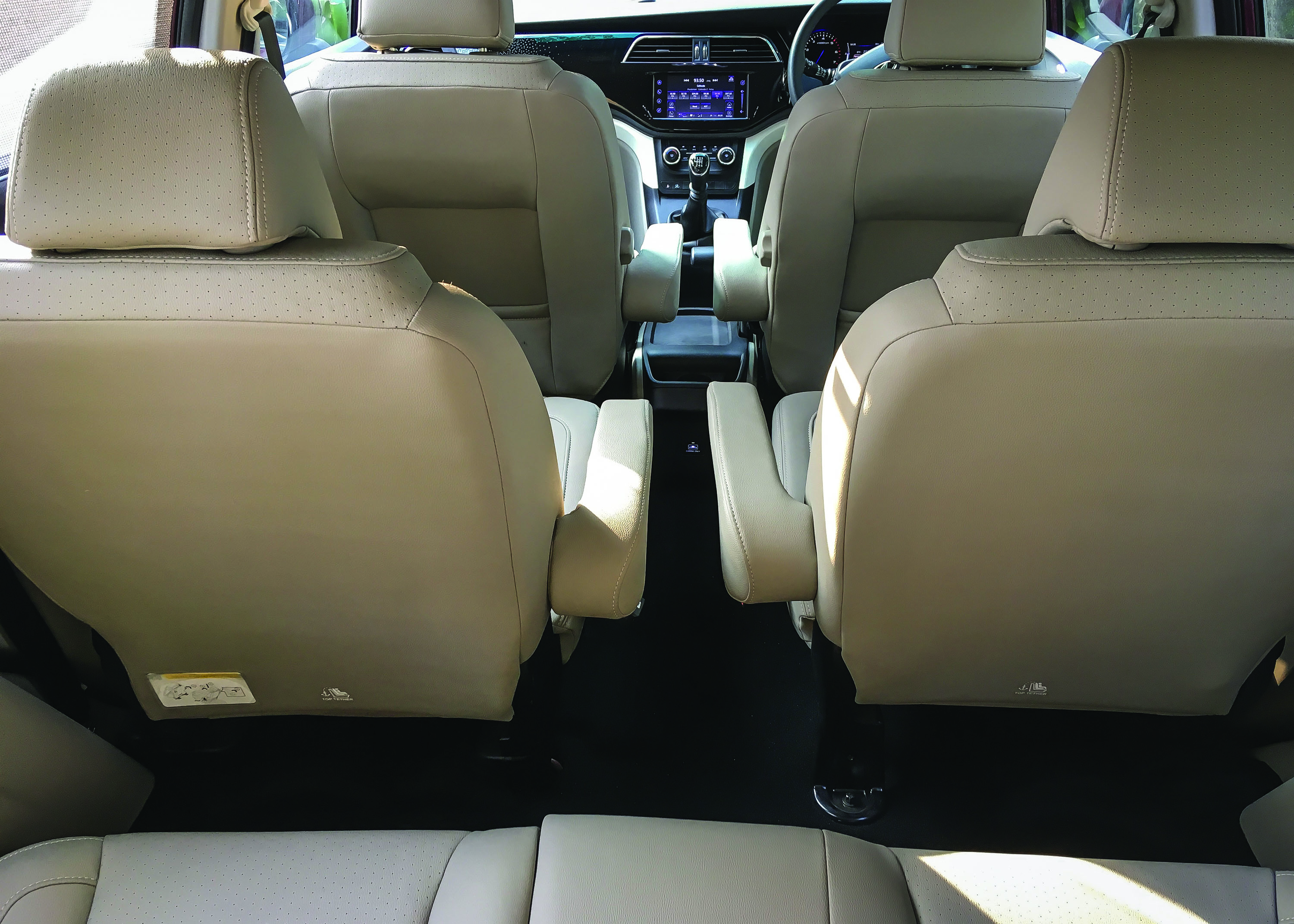 The Mahindra Marazzo also is a clear exception there. It’s made to be a car for large families. Which means Mahindra’s clear focus must’ve been on making it as spacious as possible, and keeping everything else a little low on the priority list. But how wrong would one be to think that! So while the Marazzo can seat eight in absolute comfort, it doesn’t look ungainly on the outside. 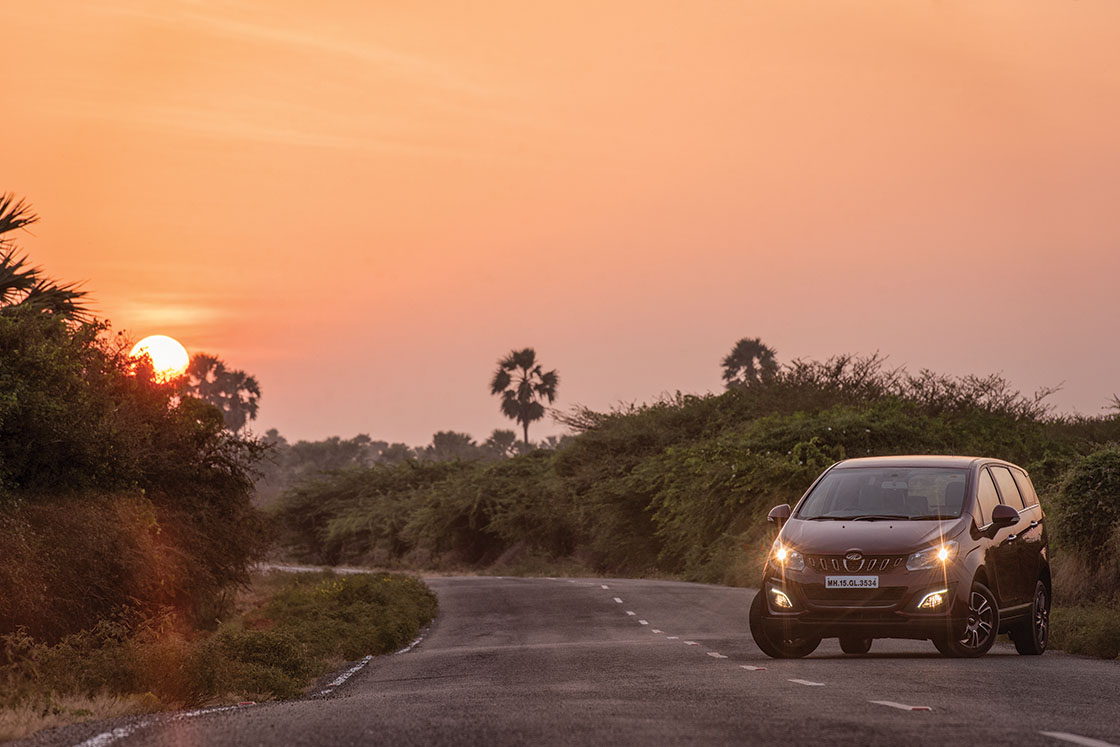 In fact, it is one of the best-looking vehicles on the market. Considering that we’re still talking of an MPV, that’s quite something. The credit certainly goes to the swooping windscreen and the gradually rising waistline. Our Marazzo, in the shade of Mariner Maroon (quite the right name, isn’t it) sits on sharp 17-inch alloys,  and certainly feels right when viewed from any angle.

With the bar for aesthetics set fairly high, we move on to Alappuzha. It’s nigh on impossible to visit Kerala and not enjoy a boat ride in the backwaters. And Alleppey (the city’s former name) is the most popular destination for that. The boat ride is as much about taking in the vistas as it is about one’s me time. Be it through a Shikara ride or an overnight stay in a houseboat, if one makes a visit to Alleppey, it’s something that mustn’t be avoided. For an outsider like me, it’s like a different ecosystem, because the plants flow on water, people dwell in villages on small islands, and everything around is green and pleasant. 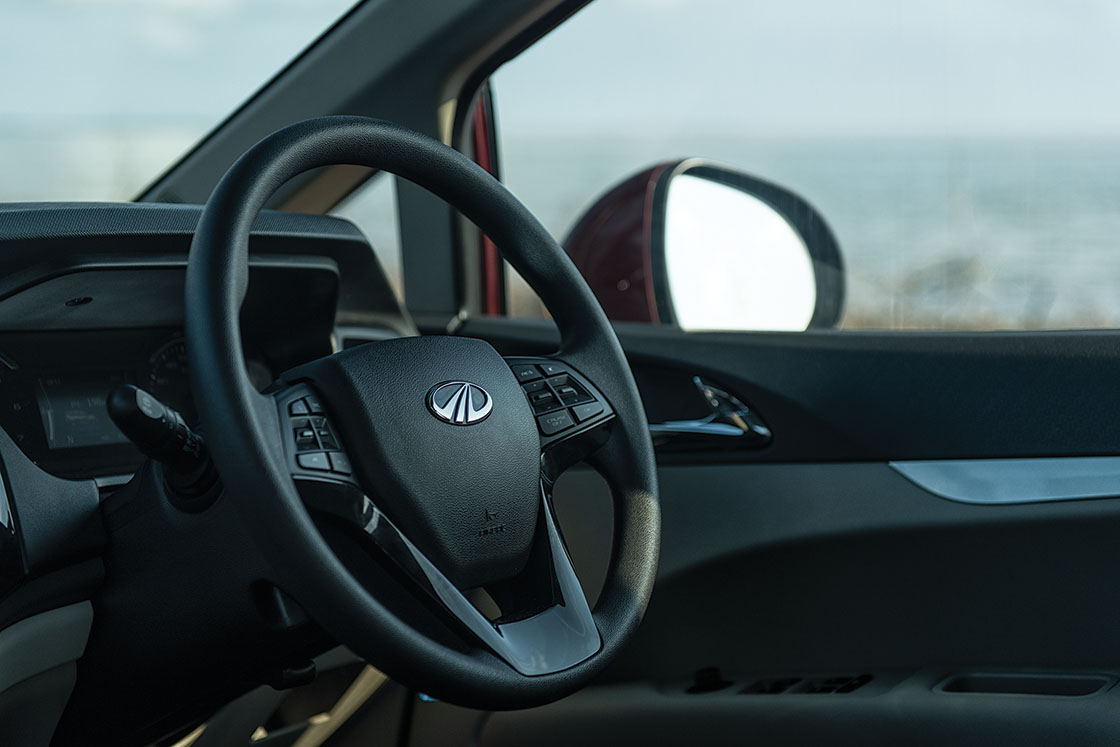 The thing about driving in Kerala is you’re unlikely to cover large distances in one go. That’s partially because you stop often to take in the beauty, and also since the roads (even the highways) pass through towns, so there’s population and traffic at all times. So driving an MPV might seem like an odd choice, given that it’s wider and longer than say an everyday hatchback or sedan. But this is also where the Marazzo surprises with its smooth ride and agile handling. The front-wheel drive coupled to a body-on-frame construction means it somehow has found the right balance between ride and handling. The potholes and imperfections in the road are absorbed without a fuss, and even mid-corner bumps don’t throw the Marazzo around. And the electric power steering means manoeuvring through traffic or slow trucks is a doddle. 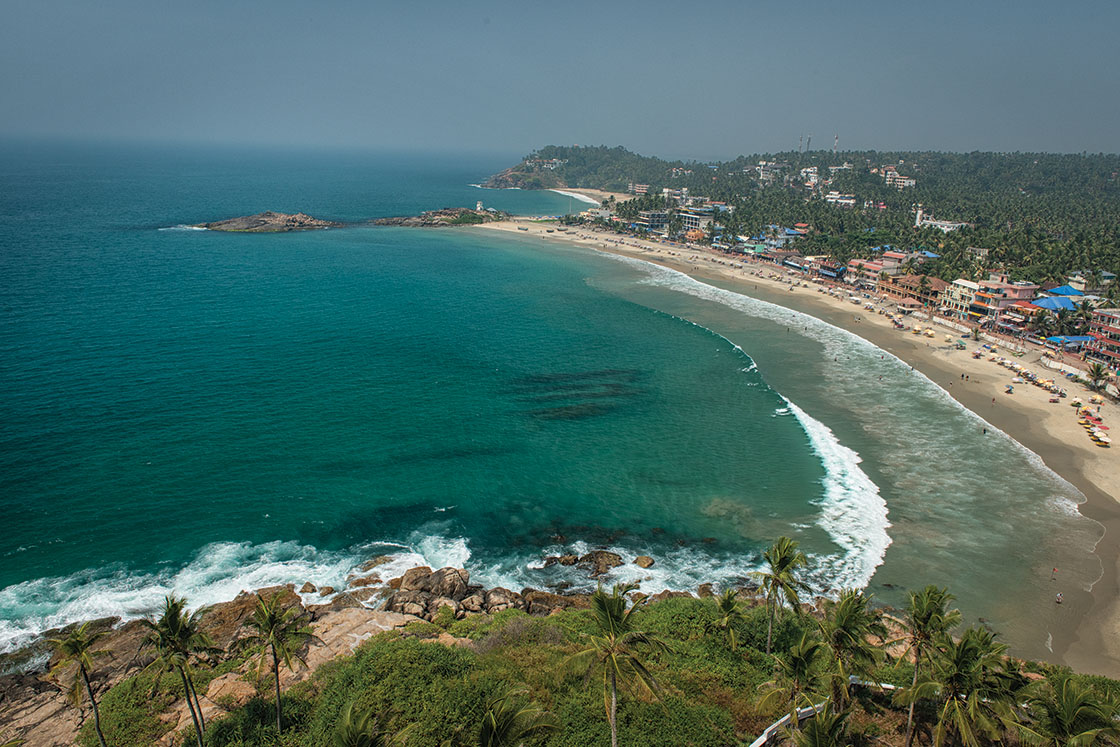 Roads do widen momentarily as we reach Thiruvananthapuram (Trivandrum), the capital city of Kerala. Trivandrum is one of the most advanced cities in Kerala, but that doesn’t mean it loses out on the quintessential traits of the state: scenic beauty, presence of helpful people, and a distinct old-world charm. There are colonial buildings sat amidst high-rise complexes, but the coastal hills are quite prominent at the nearby Varkala beach. A true traveller destination, Varkala has a cliff right next to the beach — a bit like the Shetlands. Find a comfy spot on the cliff, see the sea go down and enjoy how the frolic beachgoers’ shadows change in a matter of a few minutes. To add more flavour to your outing, you can also head further southwards to Kovalam. The beach is still a fair few metres below the cliff, and there’s even a lighthouse on the top. That’s possibly the best view one could get of the beach without having to shell out life savings on a chartered aircraft tour. 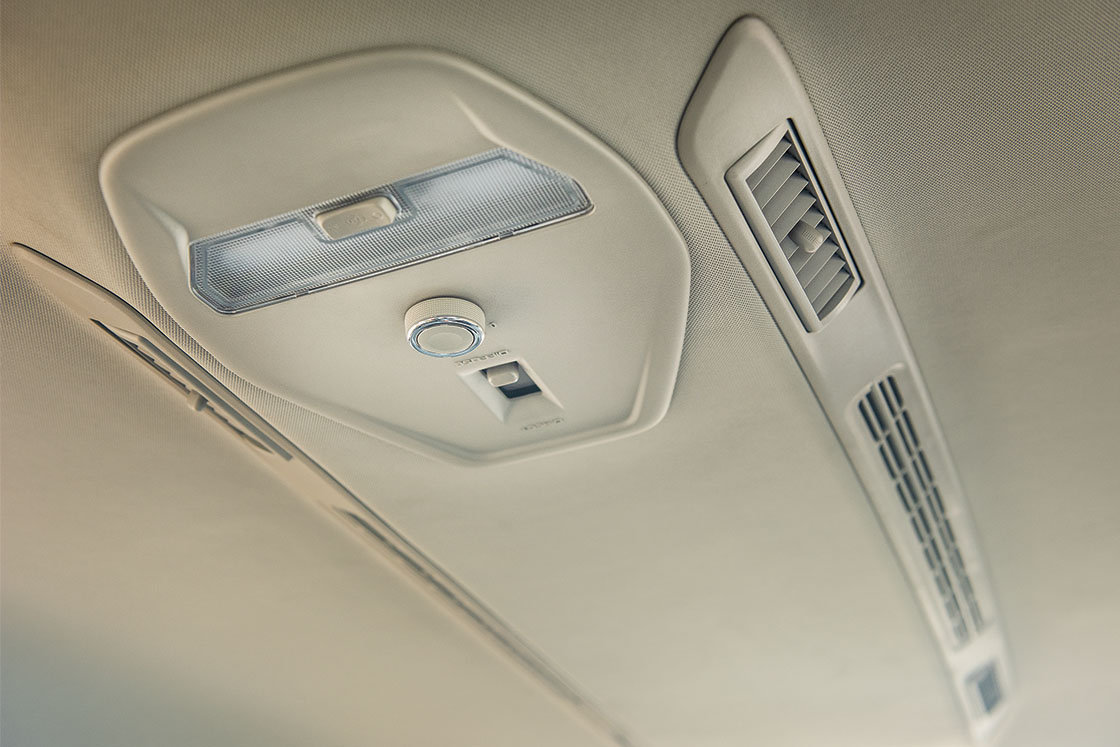 With a superior body control, the Marazzo might not go airborne even on the worst of bumps, but it does manage to offer a cabin that might be second to only a chartered aeroplane. Apart from the space and the ability to seat eight in luxurious comfort, the Marazzo has a very effective roof-mounted AC unit for the rear passengers. Mahindra calls it Surround Cool Technology, and it does manage to bring down the in-cabin temperature in no time. Furthering its cooling capabilities, the AC has two modes: Direct and Diffused. Far from just being something confined to the brochures and marketing material, the modes actually vary the cooling characteristics. Direct is particularly useful when you want to quickly bring down the temperature, for when you want a blast of cold air. Once the cabin is brought to the desired temperature, switch to Diffused and it will maintain the pleasant atmosphere keeping the noise levels down. Which is in line with the Marazzo’s commendable in-cabin NVH performance. 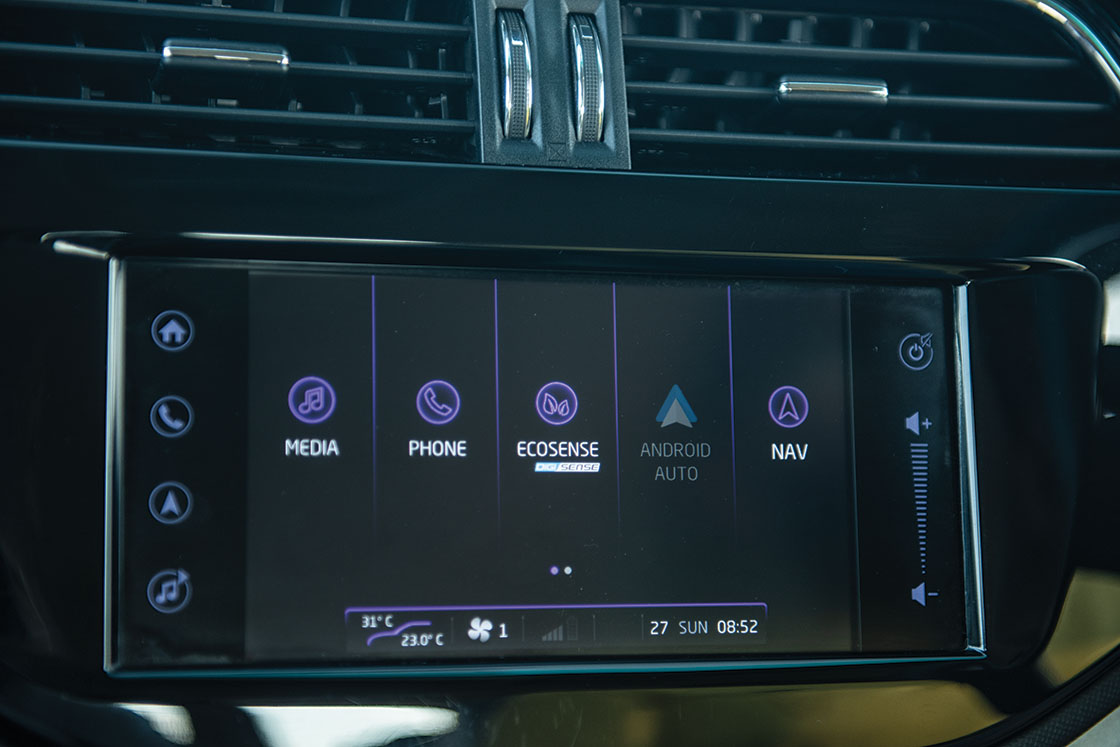 It has the segment-lowest levels of in-cabin noise: recorded at just 43 decibels measured at the driver’s ears. That certainly adds another layer of comfort, especially for moments when you want to cruise along possibly enjoying your favourite numbers played through the 6-speaker audio system. The 18-cm touchscreen navigation system not only boasts good sound quality, robust GPS navigation, and new-age connectivity choices, it also comes with haptic feedback. The latter makes operating it  a breeze. 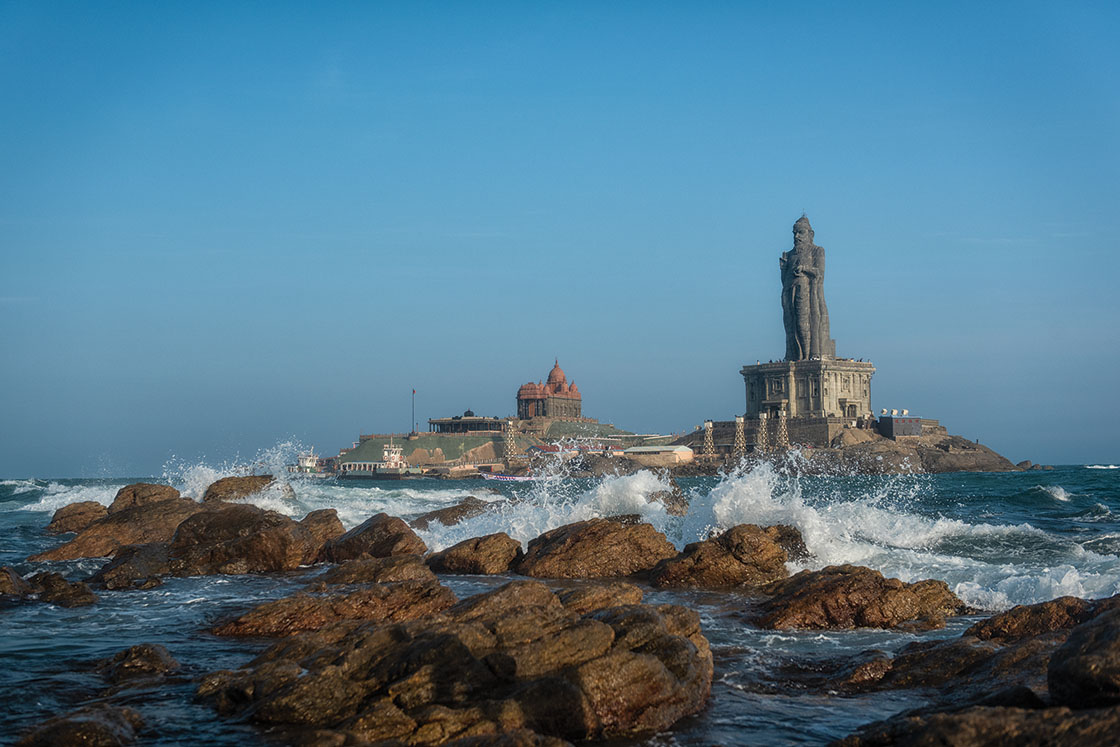 At less than a hundred kilometres is Kanyakumari. The Tamil Nadu-based coastal town is essentially the farthest point southwards of the Indian mainland. The Laccadive Sea surrounds it, and while a change in language and food is evident from Kerala, the water is equally clear. The Thiruvalluvar Statue stands tall at a distance of less than a kilometre from the mainland. It is accessible only by ferry, and right next to it is Vivekanada Rock Memorial. Swami Vivekananda is said to have attained enlightenment there. I’m certain a view like that would’ve helped surely. 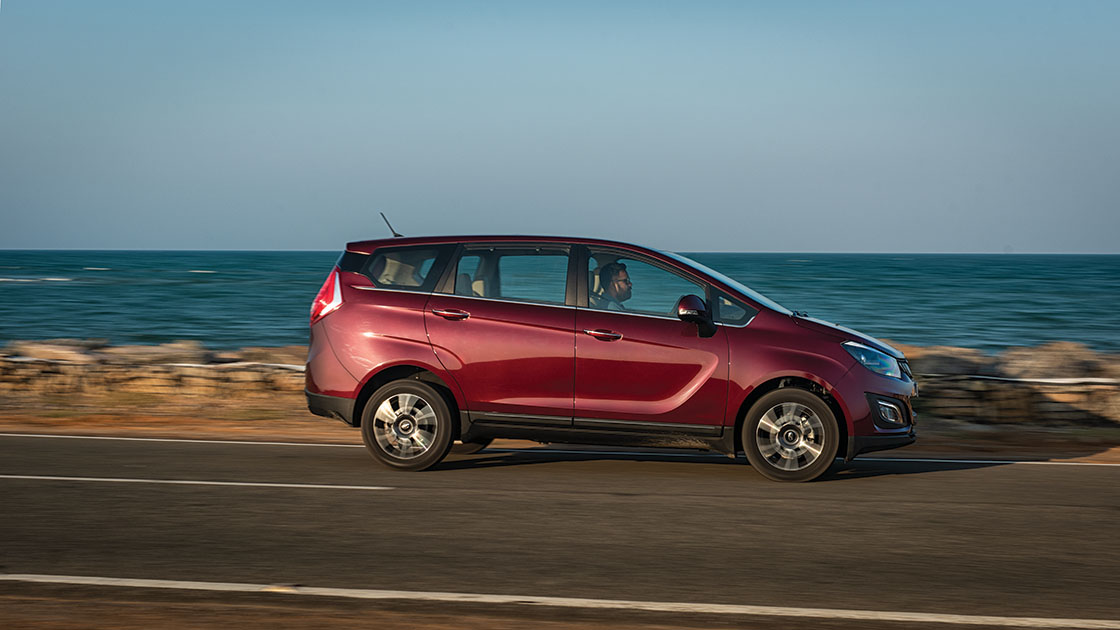 On a similar note, the realisation that the Marazzo can handle well is worth a mention. It’s in Tamil Nadu when the roads widen and the overall quality of tarmac improves that I get a chance to enjoy the dynamic abilities of the Mahindra. The refined diesel engine makes 121 bhp and 30.61 kgm. It pulls cleanly without any drama, and in higher gears, once the turbo boost delivers, its performance is strong, too. And while it sits on body-on-frame chassis, it doesn’t bounce around. Add to that the confidence of a stupendous disc-brake setup on all four wheels, and the good grip generated by its 215-section tyres. Adding further to the confidence one has behind the wheel is the fact that the Mahindra Marazzo is India’s safest MPV with a 4-star Global NCAP safety rating. 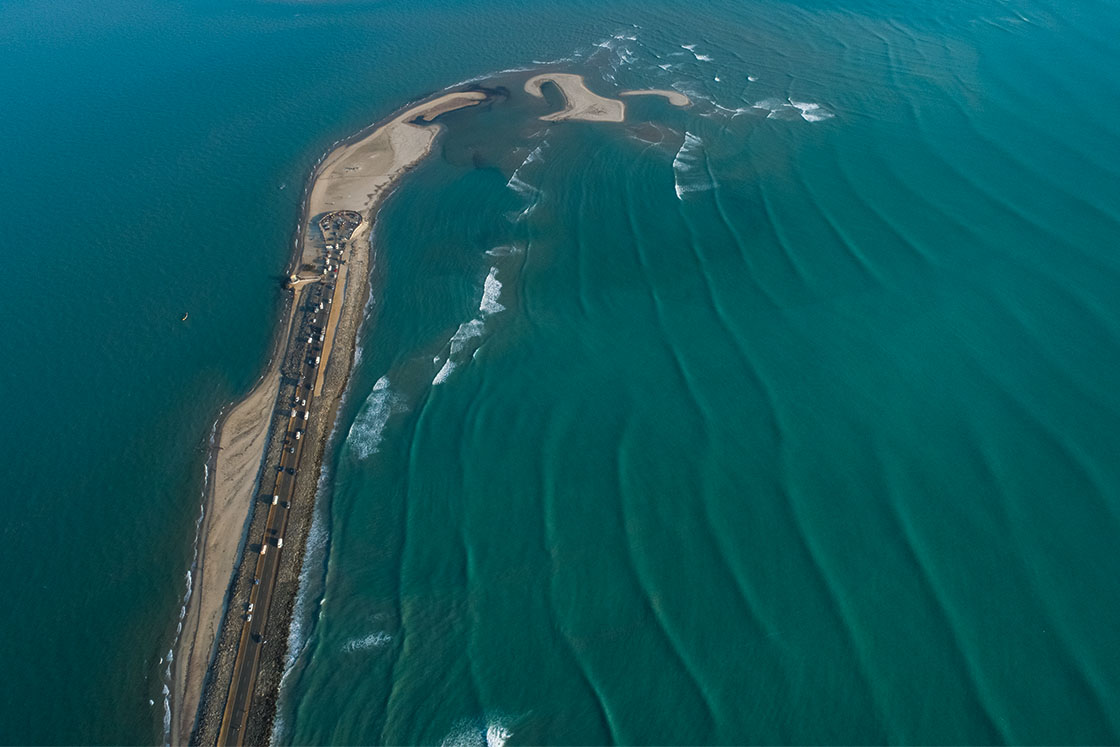 And before we know it, the Marazzo brings us to the final destination of the journey. Dhanushkodi is basically India’s land’s end. Apart from the locals’ huts and the ruins of the Dhanushkodi town (that sadly got wiped out by a cyclone in the 60s), there’s not much else. Except on the left, you have the Bay of Bengal, and on the right, there’s the Laccadive Sea. The relatively freshly laden road makes for a drive of a lifetime. It’s got everything from the never-ending expanse of water around you, the cool breeze, the presence of migratory birds, to views that never cease to amaze. And I can ascertain that hadn’t we been obstructed by the sea or national boundaries, the Marazzo would have continued on forever. Now that’s what I love.