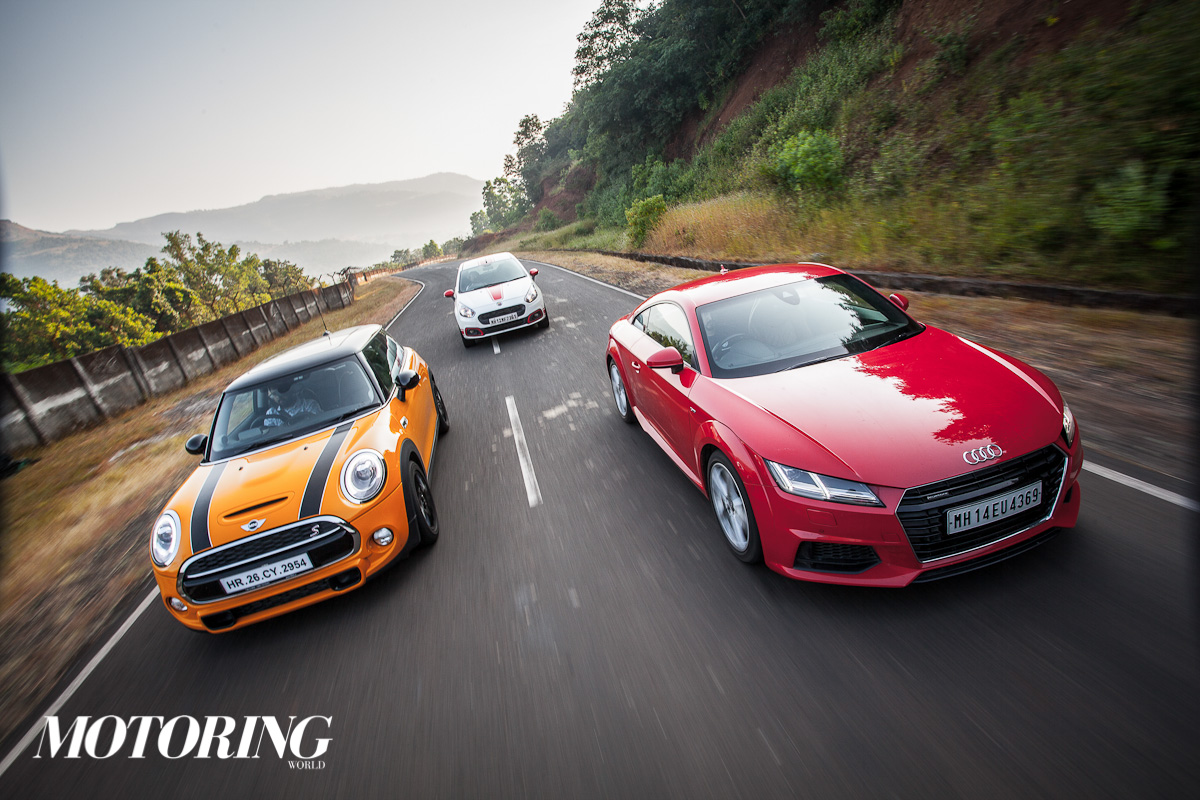 We live in an enviable time. Never has there been a period when the things we lust after been as within reach, and never has it been so satisfying. We’re part of an era that rewards boldness and accepts fumbles as a learning, and it’s a good time to be alive because experimentation and variations of a solid platform have brought out the best in us and our creations.

I believe perceptions of speed aren’t limited to the ferociousness with which cars gather pace anymore, just how the fundamentals of the quality of a life aren’t solely based on happiness and sadness. Speaking only from the perspective of someone who writes about cars, I feel immense gratitude and appreciation in knowing that the good people responsible for making them aren’t willfully dumbing them down with the expectation that we wouldn’t know any better. Well, a majority of them aren’t, at least. I think it’s time we recognised that fact and celebrated the existence of cars that embody that very thinking, and as a starter, I’d like to bring to centre stage the three cars that are the focus of this story. 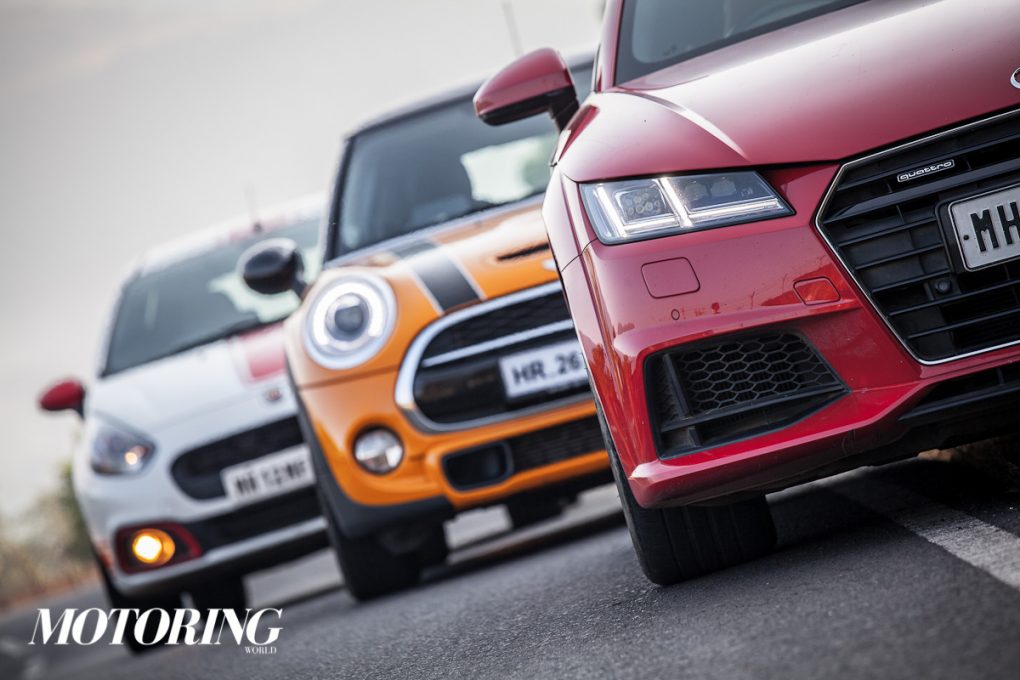 Early Glory
I love underdogs. Have a gander at the spec sheets of the three here and it’s not hard to figure out which one embodies that term. The relationship I’ve had with the car over the last six months, however, hasn’t been what you would call peachy. Rarely called upon for the more serious things, it’s always lived in the shadow cast by the words ‘Yes, but…’ and that’s made people prematurely, I believe, write it off. It’s an unfair summation of the desperate appeal that’s obvious in its every move, despite its flaws. It’s so much more than that. It’s an affirmation of the progress we’re making and the starter-pack we so desperately need. Few cars would benefit as much with a new set of boots like the Yokohamas we’ve fitted it with, and fewer still would appreciate the way it’s been transformed into an over-zealous puppy snapping at your heels for a snack. And for whatever it’s worth, those achingly beautiful red stripes count for a fair amount of bhps in my mind. 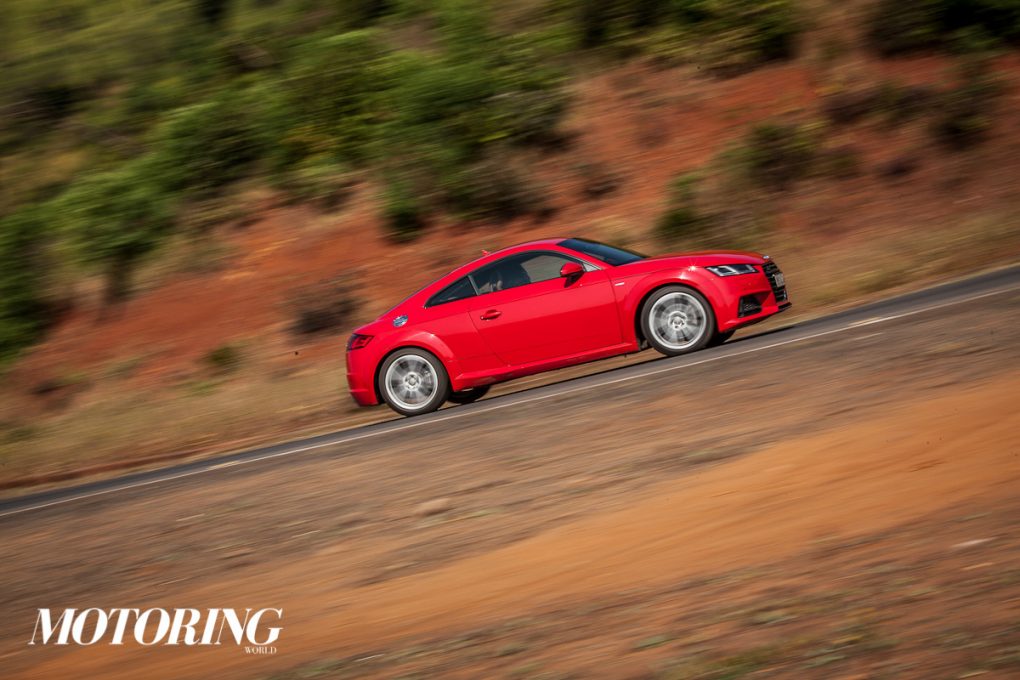 The reason the smallest car of the lot here is dear to me is plain to see. Well, in my mind, at least. I’m not discounting the fact that it has its well-documented limitations like the silly driving position, or the pitiable excuse of a manual gearbox, or the fact that its maker could have underlined its inherent ability to be smashingly quick with more than just aesthetic enhancements. It’s the undeniable happiness that it brings you when it struggles for traction past 1800 revs, the ridiculous finesse it displays when you’re hurling it down a twisty road and the way it talks to you all the way through — those are the headlines here, and they’re worth keeping in mind when you think of dismissing it with a ‘Yes, but…’. 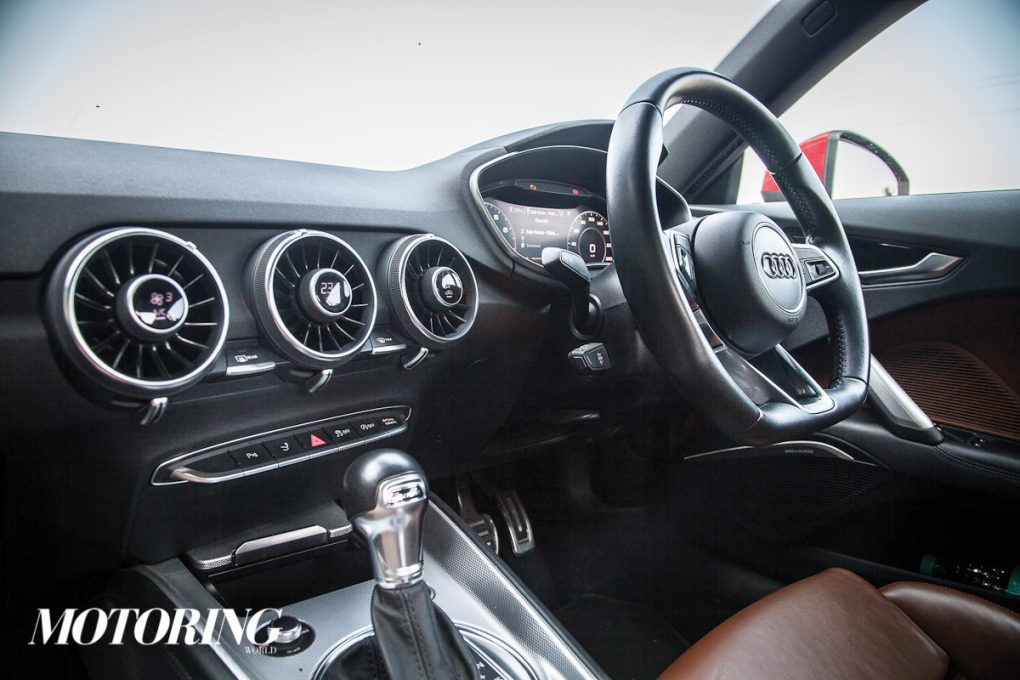 It Works, All Right
We’re now into big-boy territory, albeit in a tiny package. Then again, they’re all tiny packages here. Four doors get swapped out for two, the power goes up by a significant amount thanks to a certain John Cooper, and hilarity is a standard fitment. What’s obscene is that this car’s maker made it abundantly clear that burning just a little more fuel for the sake of an orgasmic aural roar every time you so much as even think of jabbing the accelerator is perfectly normal. You pick up a small device that fits in the palm of your hand and jab on the button on the top twice to make it glow red. A few flaps open up at the back and you’re gifted with an exhaust that sounds like what I can only assume is two big cats going at it in a cave. 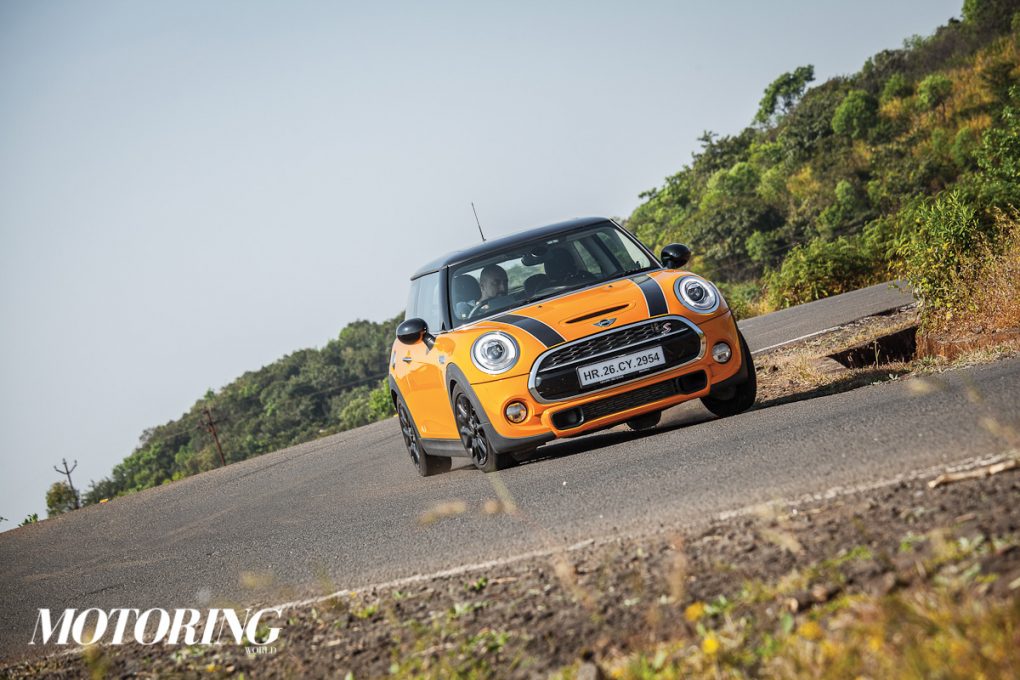 It’s a surreal experience driving this thing. It’s unobtrusively direct, mystifyingly grin-inducing and absolutely heart-breaking to even think of handing the keys over to someone else. If I had to complain about it, I’d ask for better tyres because the ones it comes with tend to wash out a little too soon under hard cornering. That said, it’s nothing that a liberal use of the physical handbrake can’t correct. Driving this thing fast comes as easily to it as uninterrupted stupidity does to Donald Trump. It’s a tremendous effort in terms of fine balance and just the right feedback, something only its maker could have pulled off with such devastatingly good results. To cap it off, it’s a damn good sight to look at, too. 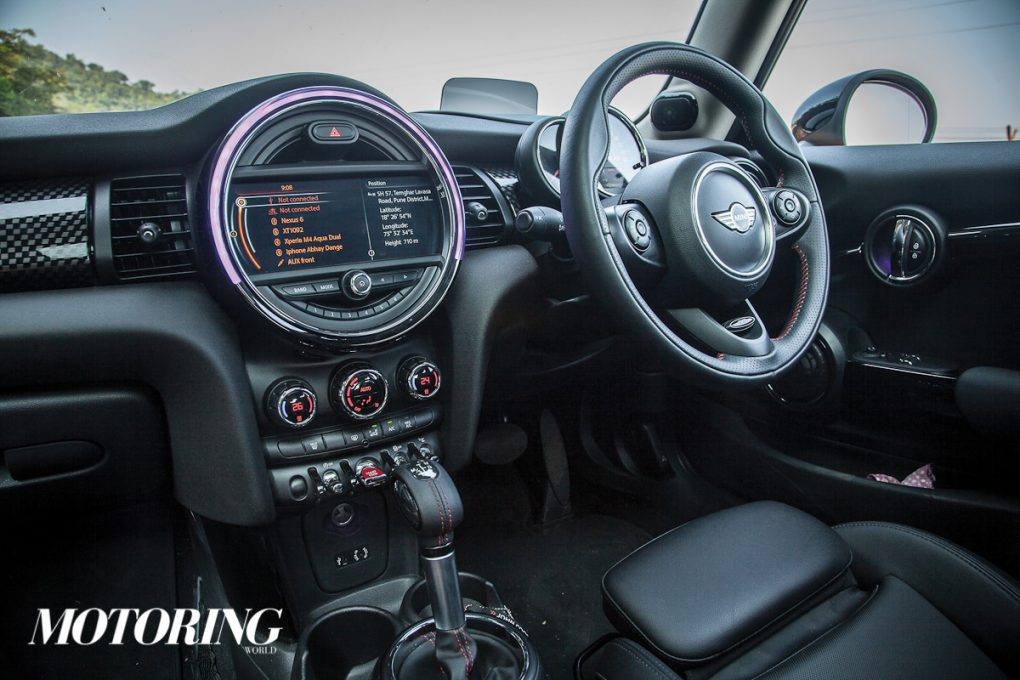 Teetering Truth
How do things get better, then? Well, I’d have liked to have said that I left the best for last, but that isn’t entirely true. The third of the three cars here is every bit as magical as the others, but no more. Under a blood red façade lies some very fancy footwork, which is one of the main differentiators here — front-wheel drive versus quattro. Once again, it’s up on power compared to the other two, but there’s a sense that it’s not as quick as it should have been. I’m, of course, speaking relatively here, because viewed in isolation the red machine is something only someone suffering from a permanent bout of absolute stupidity would call underpowered. 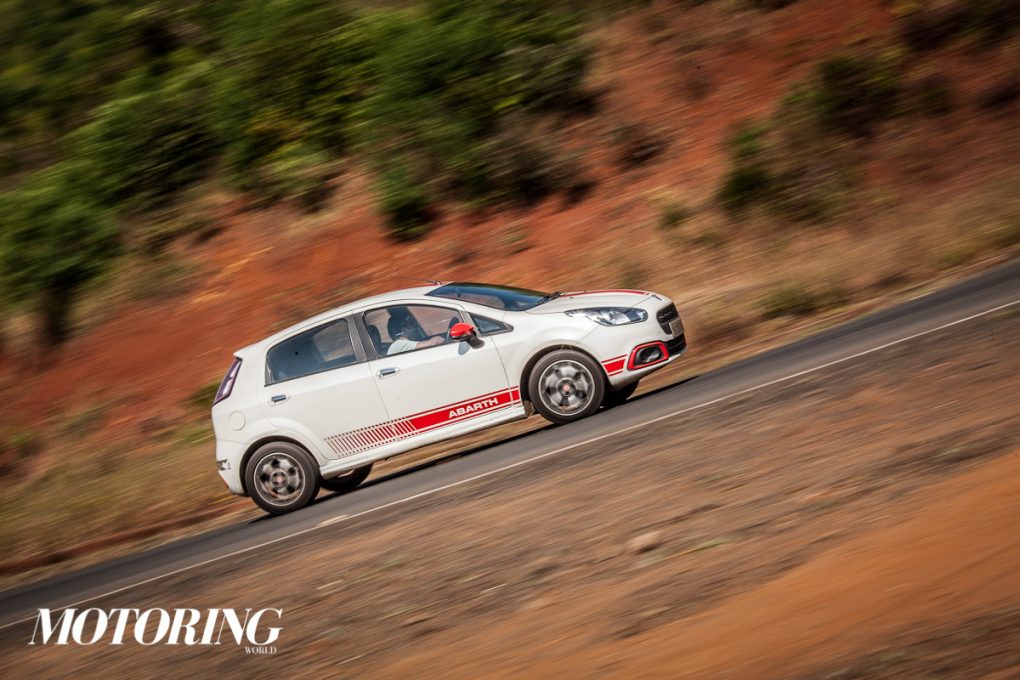 The whole point of the game for this car, or rather its trump card, is the quattro system sending power to all the wheels and altering it on the move depending on where it’s needed most. That sounds great in theory, but you’re left kind of scratching your head when it’s put to the test. Pushed hard, it tends to oversteer a bit too much for comfort, if I’m honest, and that’s a trait you’d expect more from the other two here. It redeems itself by way of ultimately being way more comfortable to drive around in, and you’re bound to get more eyeballs, if that’s the sort of thing you look for in a car. That, however, would be undermining its capabilities a tad because it’s just such a special machine. It makes all the right noises, has an enviable history and makes for one gorgeous sight to behold in your garage. It feels more grown-up in this company, more mature, and at no point does it feel like it’s trying too hard. 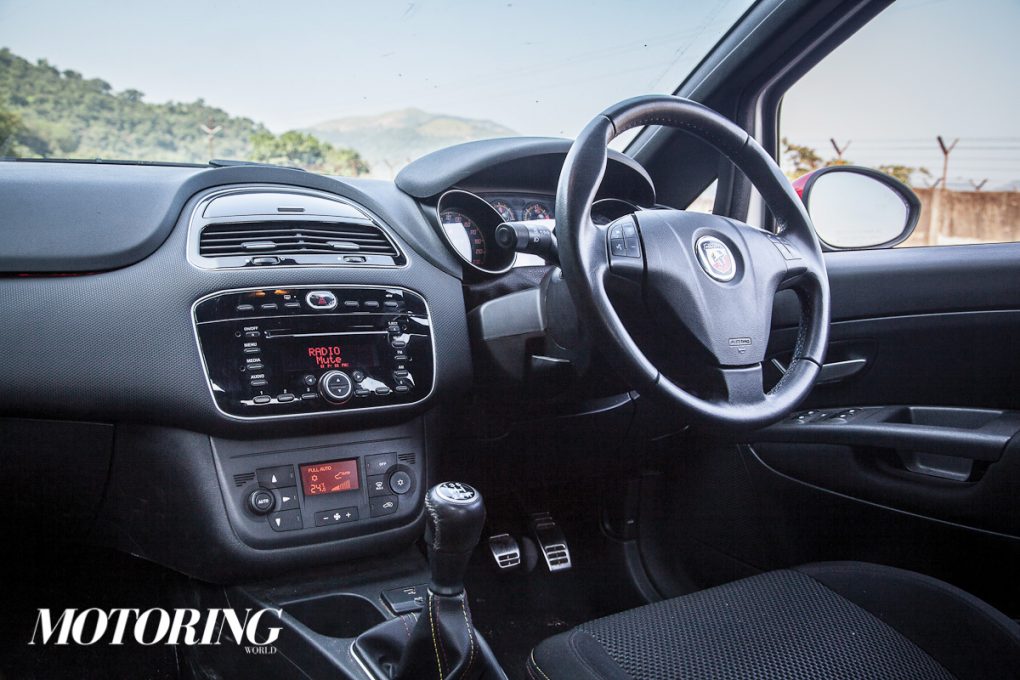 End Game
There’s a point to all of this. This trio seemingly has nothing in common. They’re special in their own right, sure, but a superficial glance at the three of them together would suggest that their only commonality is the fact they run on four wheels. The way I see it, they’re a representation of all that’s been done right with one common format. They’re the pinnacle of their kind, of sorts. As enthusiasts of the four-wheeled variety, we keep droning on about thunderous V12s, glorious V10s, enthralling V8s and seemingly logic-defying V6s, and there are many more such variations, but spare a thought to the lowly inline-fours. They’re workhorses we take for granted; the ones we rely on and hardly ever spare a second glance at. They’re called on to ensure us the ability to transport, but they’re rarely ever seen as conduits that channel our fetishes. The Fiat Punto Abarth, the Mini Cooper S JCW and the Audi TT represent just that, however. The spectrum they represent — from Rs 10 lakh to Rs 60 lakh — shows us that cost is insignificant when it comes to the perception of speed and fun. They’re true heroes in their own right, so take a bow, and thank you for the good times.

[This story was originally published in our December 2016 issue]