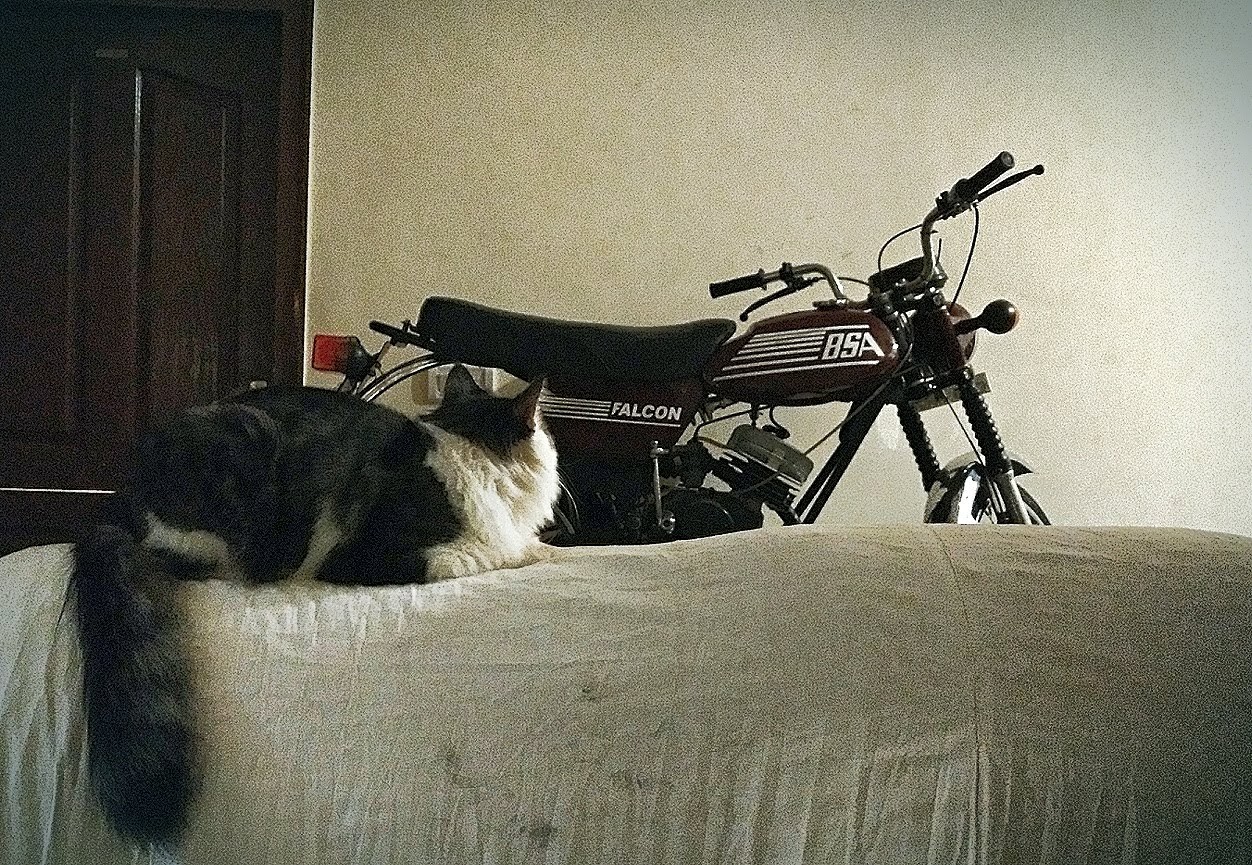 Motorcyclists are a truly special breed of human beings. With senses forged on the anvils of speed and danger, few things deter them from achieving what they set their minds to. Said forging also makes them do weird things. A typical motorcyclist:

1. Freely and frequently lambasts all other modes of transport. But has a scooter hidden away from where he parks his bike/s. Wears a helmet only on the scooter to avoid recognition. In fact, the machine he uses the most is the scooter; convenience matters to the hardcore, too, and it outweighs the shame his bikes hurl at him.

2. Has a complete tool kit, enough to take apart and rebuild two motorcycles at once, that he’s never used. Most overused part of the kit is a high-quality microfibre cloth used to keep the tool box clean. Heavily sanitised surgical equipment may be dirtier. Tools shine more than his bike’s headlights. Keeps accidentally spraying his eyes with WD40 and/or chain lube.

3. Talks more than he rides. Is a source of motorcycling advice, mostly uncalled for. Will undertake lengthy declarations of the finer points of his motorcycle to anyone who didn’t ask, including the watchman. Usually, this knowledge is hurriedly gained on YouTube and disseminated before forgetting. If you see the biker walking around for no reason, he’s searching for an audience. Run.

4. Totally decries riding gear. Who needs expensive protective equipment to never ride far or fast? Grudges his kit-clad buddies who look cooler in Instagram photos, though, while all he has by way of riding gear is a handkerchief wrapped around his head. His eyes, even in the photo, betray his uncomfortable emotions. He tries to make up for this by riding as dangerously as possible so as to get compliments. Actually has a riding jacket at home that he only wears at Diwali gatherings. Also, his feet always sport various cuts and scrapes from always riding in slippers.

5. Knows several mechanics. Asks each of them several questions, gleaning information. Drinks tea that he never pays for, but pretends to reach for his wallet every time. And then proceeds to the authorised service centre to speak as an expert. Feels a sense of overwhelming accomplishment. Also causes mechanics to mutter expletives and grip their tools a lot harder than they normally do.

6. Bought a 500cc bike, even though a 200 would’ve been more fun and let him ride more. The bike is little more than an expensive massage for a fragile ego. The lack of kilometres on the odo is proudly disguised as ‘showroom condition’ and ‘low running’. Will keep running ‘original tyres’ even after the rubber has become harder than the Himalayas. Frequently wonders if ‘original factory filled oil’ is worth mentioning to someone. Tries it once, too, but quickly changes topic when laughed at.

7. When he finally gets out for a ride, the lengths vary between ‘around the corner’ to ‘around the other corner’. After all, it’s more important to be seen riding the macho machine where people know you the most, even if no one cares. A typical ride features a stop at a location where maximum audience is guaranteed. And while riding back home, he thinks of his one and only true love, the scooter.

And if you thought this was all, well, we can get a lot more specific. Watch this space!
More from Cars
Cars