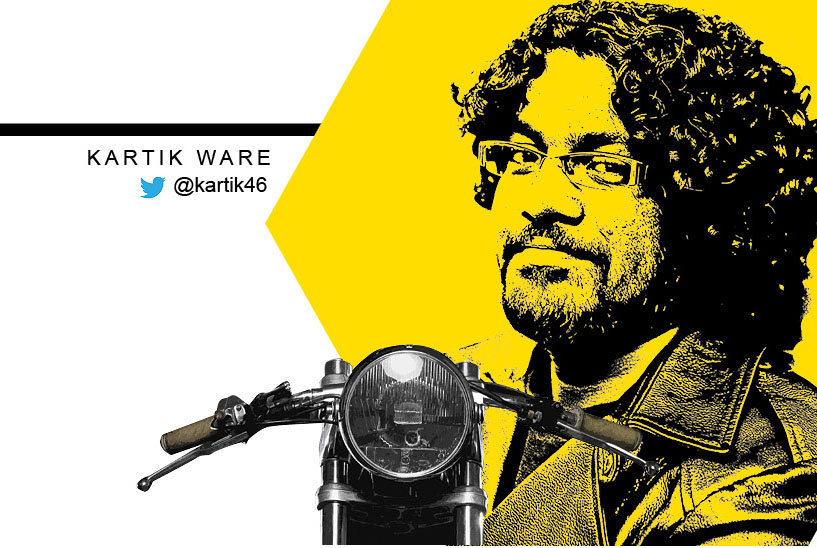 Ever wondered which is the best motorcycle in the world? I used to, but not anymore. But I always wondered which is the best type of motorcycle for our conditions, and every time I looked at the sales charts on my computer or around me at traffic lights, I wondered why there weren’t more dual-purpose motorcycles around. In India, more often than in the rest of the world, making a good motorcycle isn’t always enough. Nor is making a relevant one. A manufacturer has to have equal amounts of luck and passionate fans to make things work. Which is why the Impulse died while the Himalayan continues to live. However, Hero has the XPulse 200 on the way and a renewed opportunity to create a new type and/or generation of Hero fans. The KTM 390 Adventure is on its way, too, something that is bound to rewrite rules of the small-capacity ADV game. BMW is readying the 310 GS, while I have it on reliable authority that Bajaj and TVS are working on something for this format of motorcycling, too. And it makes sense, too. It always has.

Dual-purpose bikes are the best way to tackle our conditions and that is, as Jeremy Clarkson would say, blindingly obvious. The virtues of a strong frame and able suspension are hard to ignore, after all. But I still think giant enduros like the BMW R 1200 GS or the Multistrada Enduro are a bit too much, especially if they feel like lying down for a bit. What I want to highlight is the importance of the small- to medium-capacity dual-purpose segment. I believe it’s the Next Big Thing in motorcycles. If it isn’t already, that is.

Sitting higher up than a normal motorcycle gives you a better view of the road ahead. Whether it’s in traffic, on a highway or a jungle trail, it’s always a good thing to be able to see more of where you’re headed. And on such a machine, the chassis and suspension tend to be beefy reinforced units that are capable of withstanding much abuse while also simulating the ride quality of magic carpets. Also, since they are meant to go a bit off the beaten path, they always have decent if not a lot of luggage space to offer. All in all, and regardless of their motors, dual-purpose bikes are the workhorses that every rider needs. Perhaps they make so much sense because, at the heart of it, they are the modern interpretations of what motorcycles used to be.

You see, back in the ’50s, even in countries that are termed ‘developed’ today, roads were a bit of a luxury. So motorcycles featured big wheels, comfortable suspension setups, strong frames, and reliable motors that had more grunt than outright firepower. Sounds familiar? The Triumphs of the time conquered daily British roads as well as the deserts south of California — how’s that for dual-purpose? But it was only when the Japanese came along and started making longer suspensions that the journey of the modern dual-purpose bike began.

Yes, we’ve all looked at high-strung racing machines as the epitome of motorcycling, and still do. But the dirty work of getting people out and about has always been done by simple, strong and torquey motorcycles. Motorcycles that work hard have always been dual-purpose. In India, it has been a seemingly jinxed journey that began with the two-stroke Bajaj SX Enduro and spluttered to a halt with the BMW F650 Funduro, only to be feebly restarted in recent years. And now it looks like dual-purpose motorcycles are finally here to stay. About time.