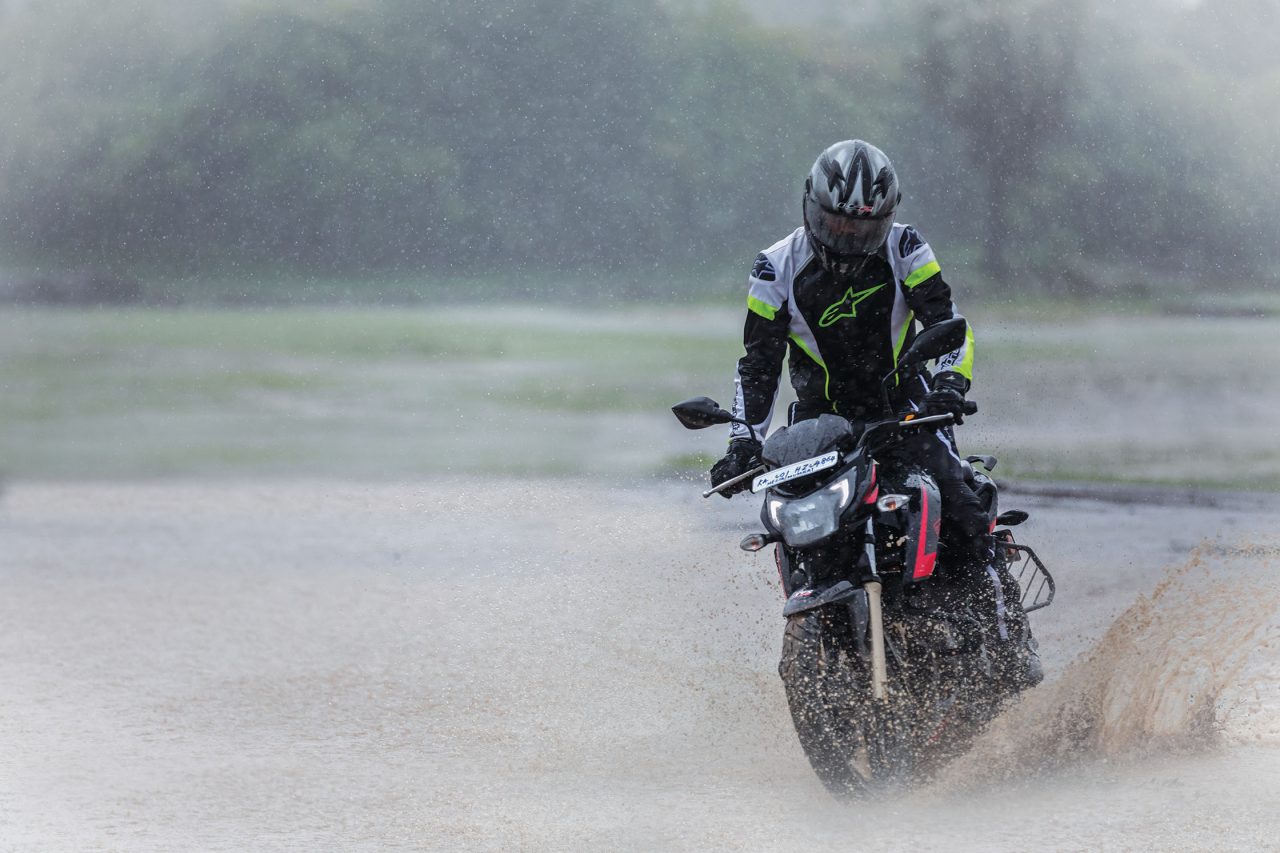 It’s one o’clock in the afternoon on a Sunday and unlike any other day when the sun would usually be up high round about this time, today things were a bit different. While the entire city was cosy back home and had probably lost track of time in this gloomy weather, I was on a motorcycle getting all drenched in the rain. Yes, riding a motorcycle in the rain can be a pain, especially when the water begins to seep inside your riding gear. At this point, there isn’t much you can do about it, can you? You can’t slow down because you’d end up spending more time in the rain and you can’t speed up because it’s raining.

You see, riding a motorcycle in the rain does have its own set of challenges. Firstly, you’ve got to deal with low levels of traction. Then there’s potholes the size of craters, and depressions in the road that transform into temporary muddy ponds. If you had to be a little liberal with your throttle hand, there’s a high possibility you and your bike might end up spending a little more time than you intended in that watery pothole. So what do you do if you don’t have the luxury of not using a motorcycle when it is pouring outside? If you ask me, I’d simply choose the motorcycle you see me riding here. Let me tell you why. 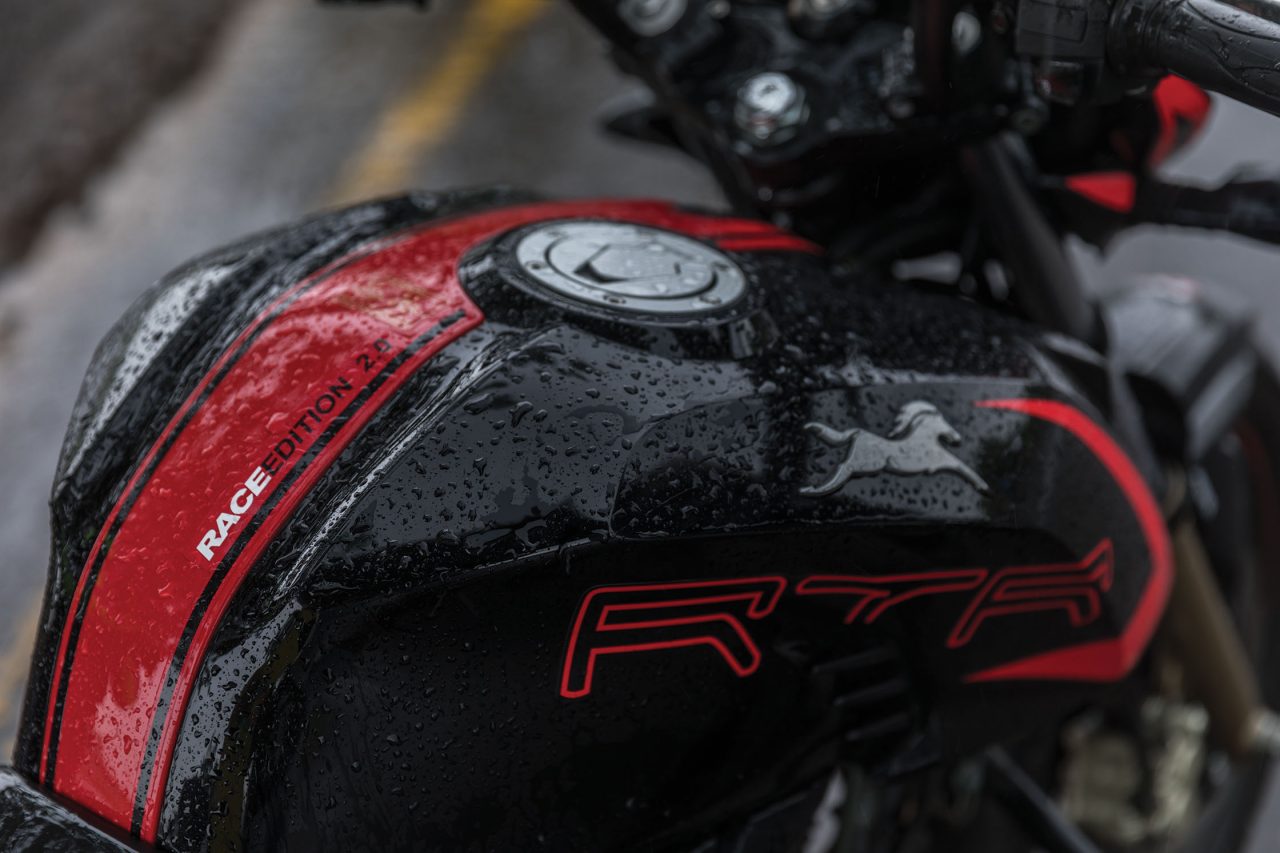 But how does that help in the case of this motorcycle? The answer is safety. Apart from the performance benefits like quicker up shifts and aggressive downshifting, the slipper clutch has its own safety aspects too. On a normal motorcycle, in order to reduce speed while approaching a corner, I’d be more careful with the downshifts to prevent the rear from locking up and losing balance. But with the slipper clutch, even on aggressive downshifts the rear wheel would keep on rolling and maintain its traction. This is achieved due to the slightly different construction of the clutch, allowing it to partially slip when the rider decelerates or downshifts aggressively, consequently preventing wheel hop or locking. It also helps reduce the force required in pulling the clutch lever as the centrifugal force involved in the clutch assembly works in favour of disengaging the clutch effortlessly.

TVS has also equipped this motorcycle with dual-channel ABS, which allows me to jab on the brakes no matter what surface the tyres are in contact with. The system is prompt in noticing the low grip level and instantaneously gets working to maintain the maximum possible traction at any given point. I braked hard while it was pouring, in a puddle of water and in a pothole as well. Heck, I even slammed the brakes on wet gravel. I was still astride on the seat instead of the tarmac. With this level of control and feedback, I could literally ride the motorcycle as if it were any other dry sunny day, which makes for a unique quality of this motorcycle. 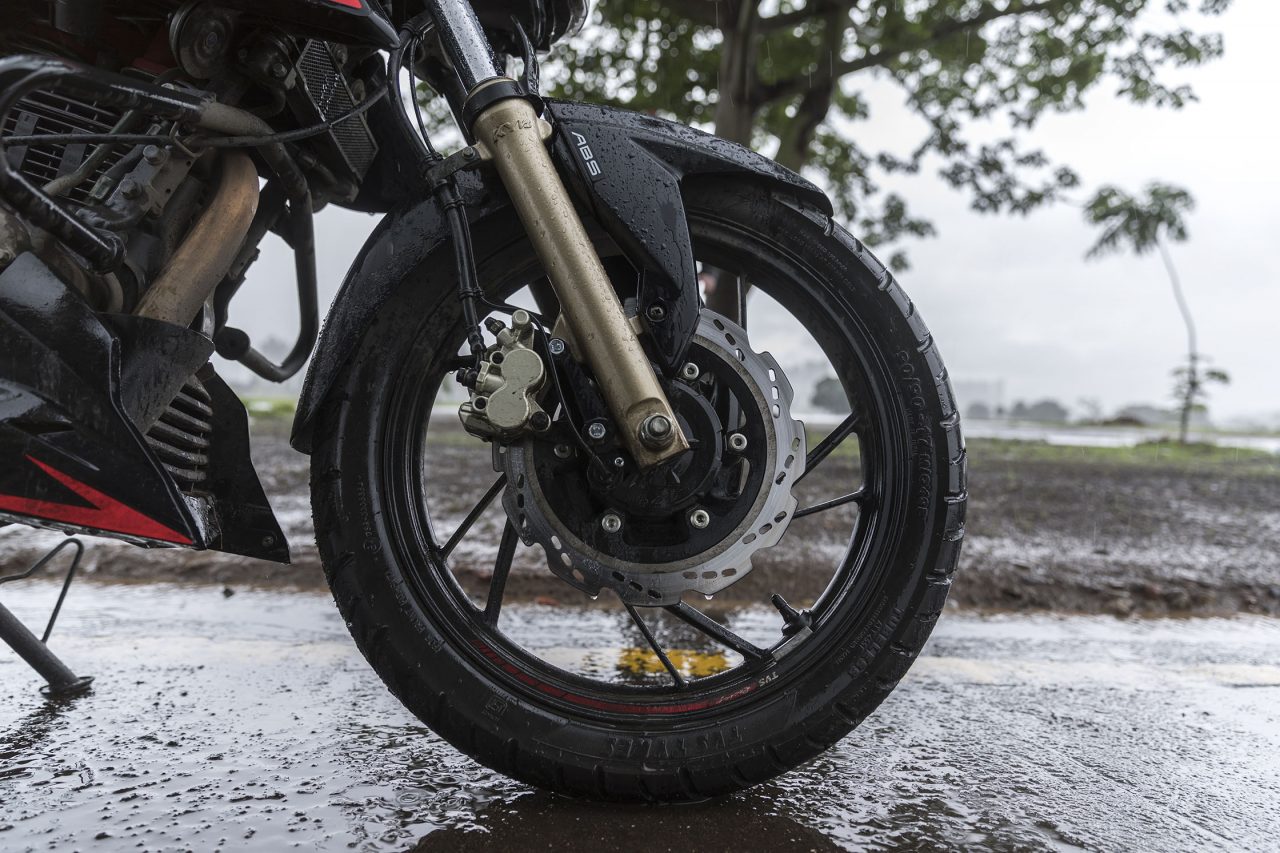 For a mere hike of Rs 400 over the previous model, TVS has made the Apache a more performance-oriented motorcycle and at the same time, a lot safer too. That said, riding fast in the rain is possible and a lot more fun, provided you have a machine like the Apache RTR 200 4V Race Edition by your side.