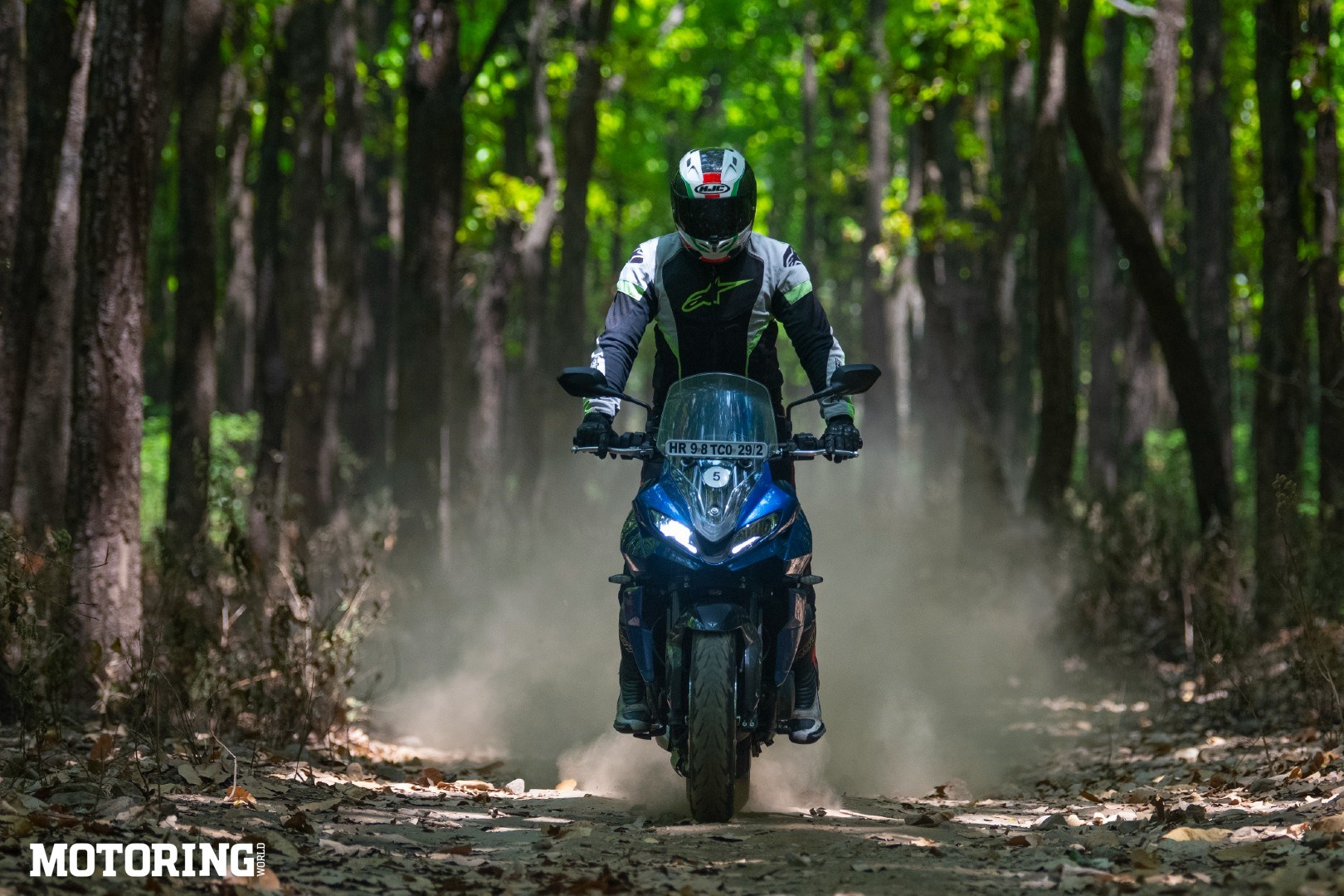 What makes any motorcycle ride memorable? The most basic answer barring the possible fancy words and cliche lines is when man, machine and the road complement one another. Riding a motorcycle in an environment it isn’t designed for is never going to be a rewarding experience as you are likely to end up complaining most of the time. Yes, there are times when some bikes surprise you with abilities that they aren’t designed for, but such wonders don’t come in that often. Motorcycling is an emotional activity, and with the right conditions can offer a heightened state of satisfaction, solitude and adrenaline. 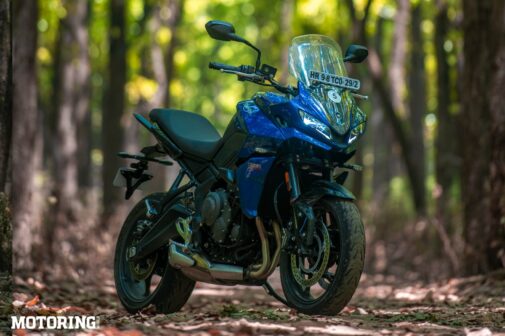 I was lucky to experience all three in Dehradun, which involved a full day of riding Triumph’s new middleweight sport-touring motorcycle over a variety of road terrains and corners. It was a solid ride of 224 km, chalked out by Triumph, packed to the brim with mountain twisties and short stretches of straights. It was impossible to keep track of the corners as there were just too many. Also, the scenic sights that Dehradhun had to offer along the route had me roll off the throttle on several occasions and soak it all in. 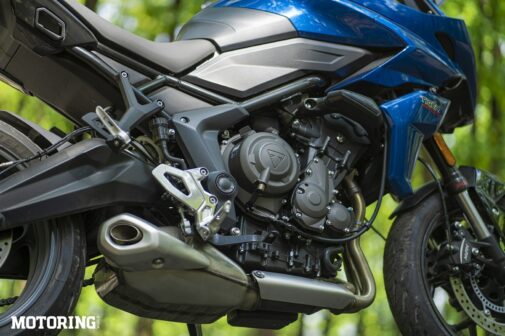 Why am I telling you all this, you may think? Well, let’s just say I am trying my best to put you in the same mind space that I was during the time I spent in the saddle of the Tiger Sport 660. It is the first of the other motorcycles to be based on the street-naked Trident 660. And no, it is not just a naked bike wearing an adventure body on top, because more than that. Let’s begin with the chassis, then. The bike has a revised rake angle, which is slightly sharper leading to more precise handling and better weight distribution considering the higher centre of gravity. The rear subframe is longer and is reinforced to carry the extra weight of the pillion and luggage. The fuel tank is also larger at 17.2-litre, 3.2-litre more than the Trident. And, of course, the adventure-styled fairing, rather sportier, that may have some resemblance to some older Japanese half-faired motorcycles, but a bad looker by any sorts tho. It also gets an adjustable windscreen that can be positioned to deflect the headwind away from the rider. While it fulfils its purpose well, the adjustment theoretically is supposed to take one hand to adjust while riding. But in reality, it is better done at a stop as it requires some muscle to move it. 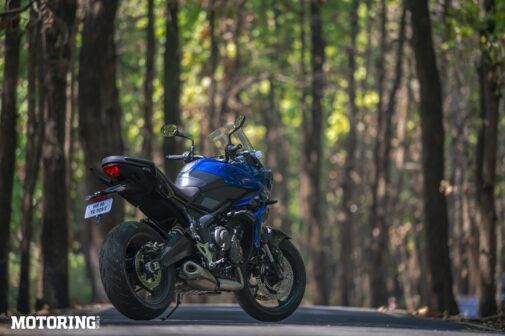 For motorcycles like these, ergonomics play a vital role as they can make or break the journey. Thankfully, Triumph has done an excellent job of getting the ergonomics spot in with the Tiger Sport 660. The handlebar is back and up offering a more open rider triangle compared to the Trident. Also, the distance between the seat and the footpegs is more, which makes it more relaxed and comfortable for the lower torso. The saddle strikes the right balance between firm and plush, and there’s plenty of room to shift around. Even after a full day of riding through tight mountain roads and open valley stretches I had no numb spots to complain about. In addition to this, the overall slim profile of the bike lets one hold on to the bike comfortably. Even resting the feet on the ground despite the high saddle height of 835 mm wasn’t an issue. Overall, the Tiger Sport’s ergos can be classified as relaxed, while the handling is more inclined towards its Sporty moniker. 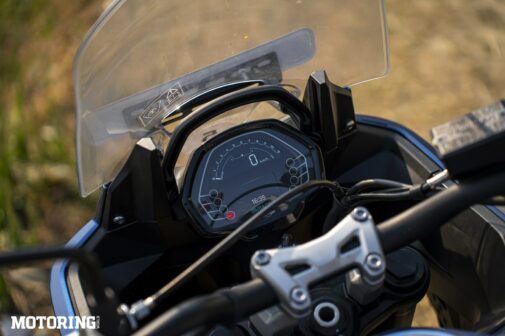 By that, I am not referring to the sportbike-like nimble nature, but its willingness to change directions comes without the need to apply a lot of muscle input. Despite the higher centre of gravity, the weight has been thoughtfully distributed between the two wheels. The bike feels very natural around corners and never felt like an effort to switch from one side to another when riding through the many sequences of corners. Predominantly meant to be ridden on the tarmac, the 17-inch wheels shod with Michelin Road 5s are just perfect for this motorcycle. It has all the grip that you ever need and the compatibility to take on different road surfaces that you’ll encounter with this motorcycle. 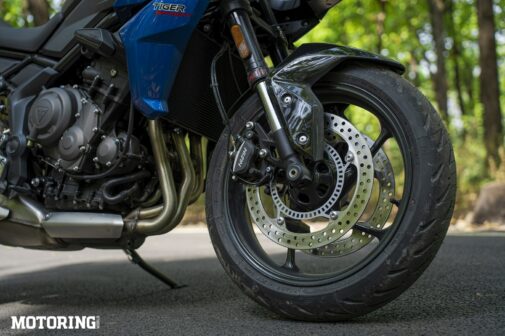 Now all of this is possible due to the suspension setup that the Tiger Sport possesses. You don’t get adjustable units here, but the Showa USDs up front and the monoshock at the rear took care of most of the bumps that I faced on the ride. The rear monoshock comes with 30-clicks of preload adjustment which I am sure will be very helpful to set the correct damping according to one’s weight or when riding two-up and luggage. There is extra travel to the suspension so you can be rest assured to not bottom out unless you encounter an unexpected jump. The damping is just about right to keep the bike agile around corners while soaking up bumps or cracks in the tarmac and preventing it from travelling to the spine. The bike leans more towards the comfort side but not too much. It has a lot to give before you reach its limit. On the other hand, the brakes are the same as the ones on the Trident. The bite is strong and also is the progression providing ample feedback to the rider on what is happening at the wheels. They manage a good job of shedding speeds for how much power this bike produces. 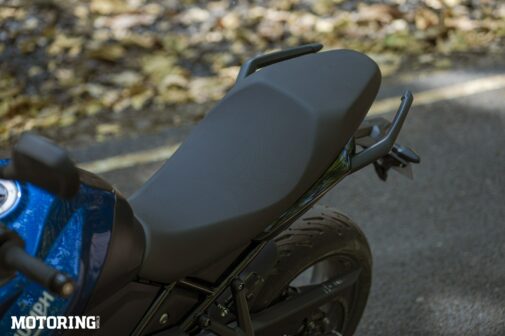 Now I usually mention the powertrain much earlier but have kept it towards the end for this motorcycle. That’s because it is the exact same powertrain that does duty in the Trident. Even the power and torque figures are the same. The Tiger Sport is the only motorcycle in its class to come with a three-pot motor as opposed to the parallel-twin and V-twins out there. Given the inherent nature of 3-cylinder bangers, this one too has a strong torque curve that is flat, geared to the short ratio gearbox, ensuring the abundant supply of torque at any given point. Riding through the mountain passes, I kept the bike in third gear and managed to ride through almost every possible corner. The tractability of the motor is so good that I was able to comfortably go down to 20 kph-25 kph around tight corners and still manage to pull through in third gear. On open straights, the Tiger Sport doesn’t shy to enter the triple-digit territory but rather does so with poise along with the deep exhaust note of the triple that keeps getting better as the revs build. 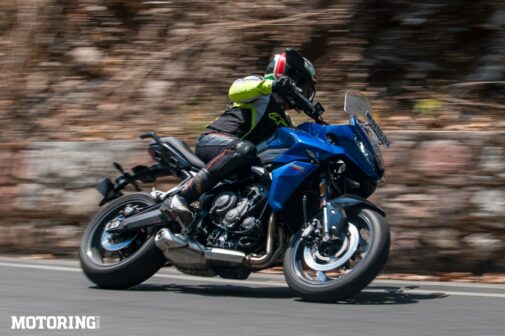 The 660cc mill is aided by two riding modes, switchable traction control and ABS as standard. This covers the essential rider safety net while keeping it simple and less complicated for new riders and also for those who want to return to motorcycling. All of this can be controlled via the dual-screen TFT display that is similar to the Trident’s but is enclosed in a half-circle body here. The information displayed on the top screen is fairly fixed, showing speed, revs, gear position and the fuel tank capacity. The one at the bottom, on the other hand, packs a bunch of information from the turn-by-turn navigation, coolant temp, fuel consumption, trip meters, setting up the Road and Rain ride modes, and other settings. 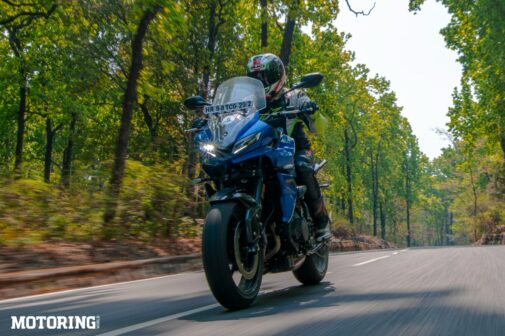 Like its elder siblings in the Tiger range that offer lots of comfortable touring pleasure, the Tiger Sport does that while also being able to handle some sporty riding. The bike offers sharp handling characteristics that are seldom available on bikes that fall in this segment. To go with that, the grunty nature of the three-pot motor delivers an experience that is engaging and composed when needed. The Triumph Tiger Sport 660 is an ADV-styled sport-touring bike that is immensely capable and sized for a wide range of riders. It has ample power and handling attributes for weekend jaunts, while also being predictable and easy to live with.