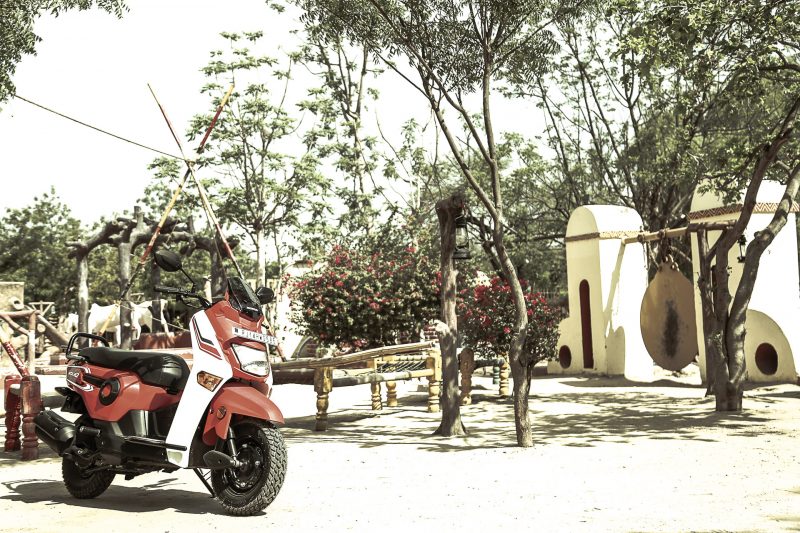 Growing up with a Kinetic Honda has left me with lots of fond memories that I cherish every time I take it out for a spin. Yes, even today the ‘Kinee’ is still standing tall in the garage amongst the other vehicles. Having a special place in my heart, she has been the reason behind making me a motorcyclist today.

What Kinetic Honda achieved back then has been repeated by Honda with its highly successful Activa scooter. While the seeds of scooterisation were sown by the Kinetic Honda, the Activa can be considered the fruit. So fruitful, in fact, that the Japanese manufacturer has managed to claim the title of the highest-selling scooter not only in the country but also globally. Trying to squeeze the most out of the Activa’s formula, Honda last year expanded horizontally in the 110cc scooter space with the introduction of the Navi. The quirky-looking mini two-wheeler which is, in fact, an Activa underneath, has shown that Honda was willing to experiment with the formula it has. Now, once again, Honda has come up with a new scooter called the Cliq which is based on the same recipe. But this time, it has targetted the semi-urban market — a segment long dominated by commuter motorcycles — within which Honda hopes to make its own space with the Cliq. 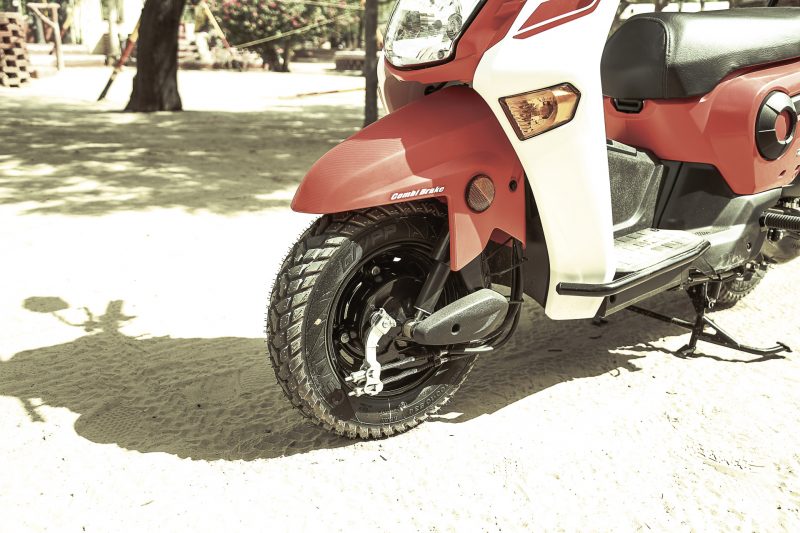 The Honda Cliq carries a design that is fresh in the market with its body completely moulded out of plastic, just like the Navi. It has a distinctively large apron at the front with enough contours to give it some sporty appeal. The headlight and indicators sit flush in the apron, which looks neat. The front of the apron rises high and is finished with a little flyscreen behind which lies the instrument console. The clear and easy-to-read unit comes with a large analogue speedometer with a tripmeter and fuel gauge. The handlebar is powder-coated in black and sits behind the instrument console, enclosed in a plastic casing. In order to keep the costs low, Honda has used the same switch gear from the Navi for the Cliq. 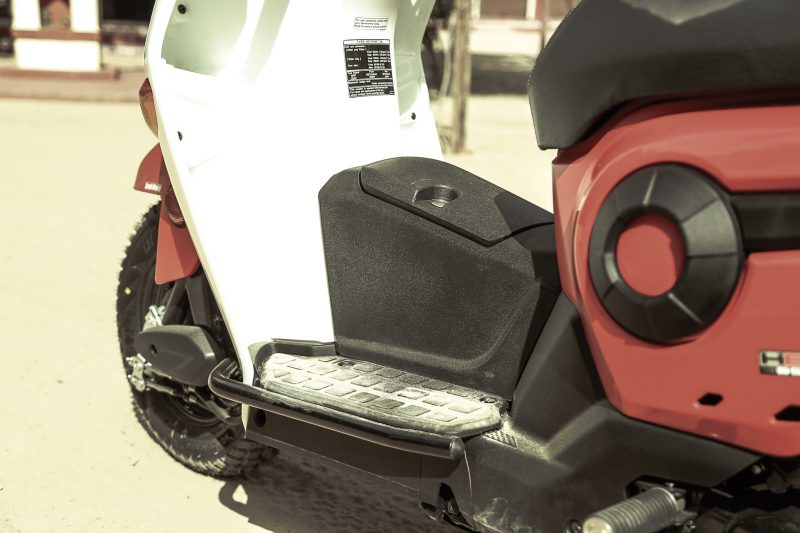 The Honda Cliq features a flat and wide floorboard to maximise storage capacity, and there’s also a provision for an additional storage box that can be attached along the centre line of the floorboard. The body of the Cliq has a few design elements, like the circular design insert on the side panel borrowed from the Navi, giving it a bit
of quirkiness.

Get astride the Cliq and the first thing to notice is the long and wide seat, which offers decent cushioning. Being marketed as a unisex scooter, the Cliq has its seat height set at 743 mm, which makes it suitable for short riders as well. The under-seat space is also spacious and comes with a USB charging point as standard fitment. The rear of the Cliq is a rather simple affair and comes with the provision for a bolt-on tubular carrier. 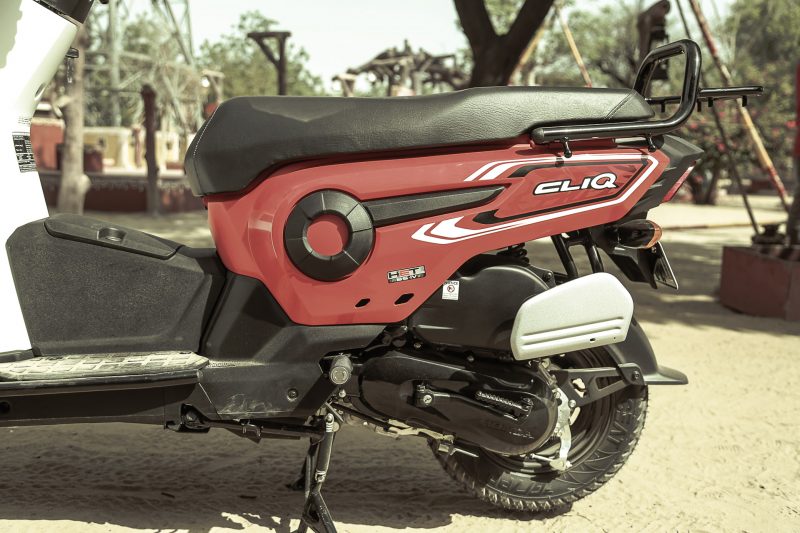 The Honda Cliq makes use of the same trusted and tested 109.19cc motor that does service on the Activa. Having the same state of tune, the motor produces 8 bhp@7000 rpm and comes coupled to the variomatic gearbox. Top speed claimed by Honda for the Cliq is 83 kph, which is ideal for a semi-urban scooter. During the ride, the Cliq comfortably managed to reach 60 kph with hardly any vibrations felt on the handlebar or floorboard, which is commendable. However, the Cliq doesn’t feel as peppy as the Navi in spite of weighing 102 kg which is just a kilogram more than the latter.

In terms of ride and handling, the Cliq offers a better ride quality than that of the Activa. Being a light scooter, its front is notably wispy, which will need some time getting accustomed to. The rear, however, feels well planted and does a good job at addressing the bumps on the road. Being targeted at the semi-urban market, where road infrastructure is less developed, the Cliq comes factory-fitted with block-pattern 90/100 R10 tyres — a first for India as claimed by Honda — which offer decent grip levels on the road and off it as well. The wheel sizes remain at 10 inches for both ends, while braking is taken care of by 130-mm drums. The brakes do a fair job at shedding speed and Honda’s CBS (Combi-Braking System) is provided as standard fitment. 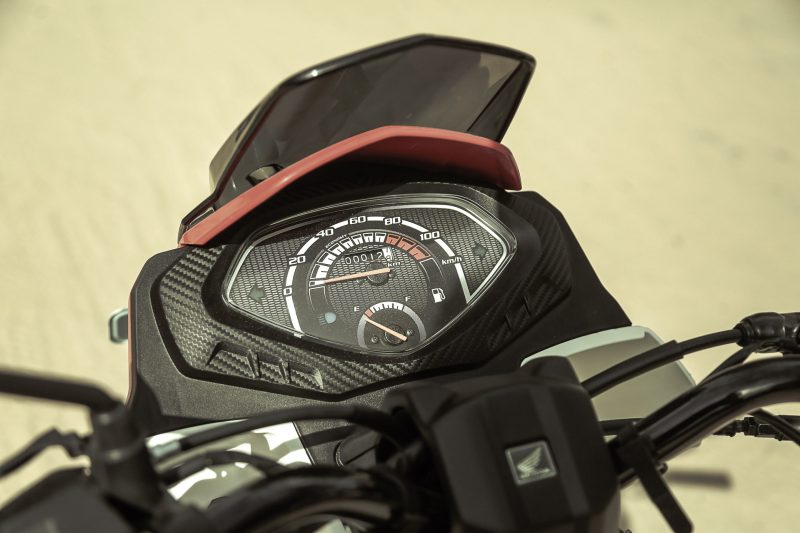 Honda has provided the Cliq with a 3.5-litre fuel tank and has claimed that the scooter returns a fuel consumption figure of 60 kpl. With that, the Cliq should be able to provide a range of around 200 km on a full tank. Available with the choice of four colours, the Cliq has been priced at ` 42,499 for the Standard variant and ` 42,999 for the Delux (with graphics) trim (both ex-showroom, New Delhi). With this price point and fuel tank range, the Cliq comfortably slots itself in the bracket of other commuter motorcycles, making it a good proposition to consider. Now, it is a question of wait and watch for Honda as to see how well the Cliq is able to overcome the reservations that semi-urban buyers might have about automatic scooters.