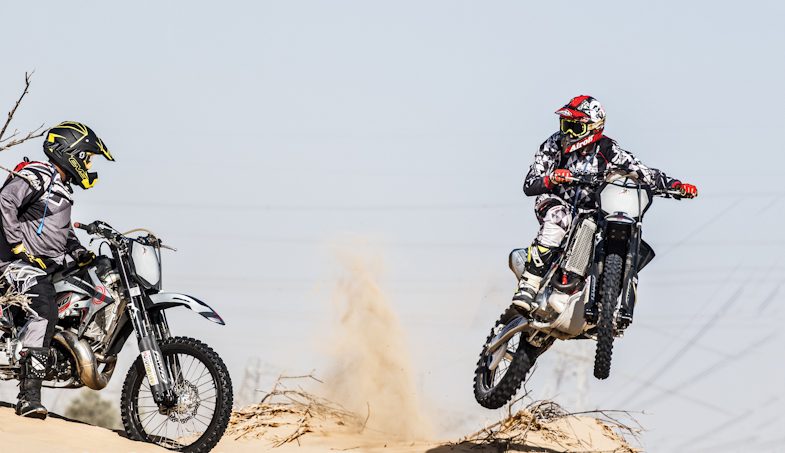 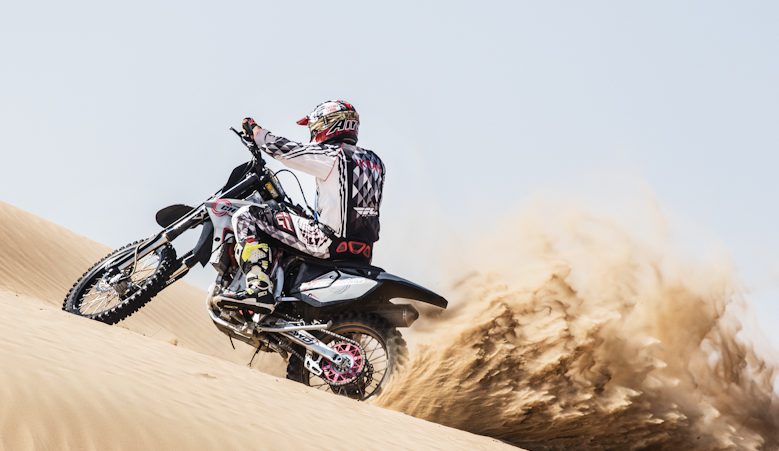 In the past, motorcycles have flipped me over, tossed over my head and slipped from between my legs. Some of them have magically disappeared from my friends’ parking lots (okay, I may have been responsible for those) and I even remember, with some amount of pain, one being ridden over my shoulder at full clip. Never before, however, has a motorcycle of any sort given me an experience of, ahem, torque steer. This is simply weird and in between attempting a figure of eight and trying to look good for the photos, my mind is finding it hard to comprehend the manner in which I’m about to crash. 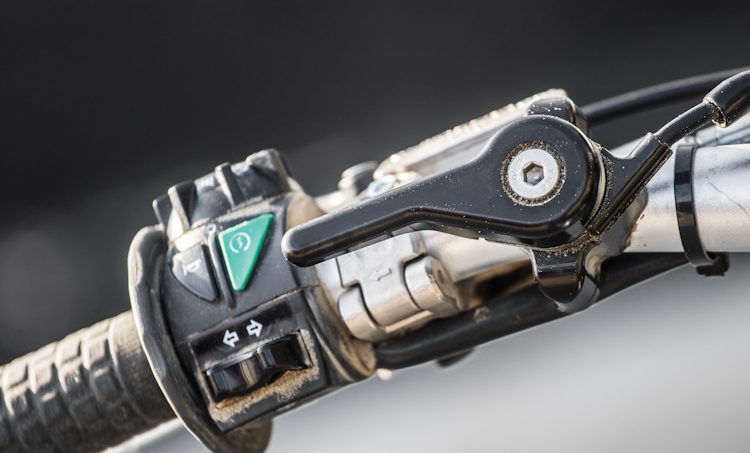 It’s not a good feeling, not knowing how it’s all going to end, but the spill is still elusive. I tip the motorcycle down nearly all the way to the handlebar at the next apex and, apart from the utterly strange sensation from the handlebar, we seem to be doing just fine. It’s all too unusual seeing the front wheel spin up, but at the moment this is being overshadowed by my editor, who has found the only spot of shade in the entire Arabian Desert, in which he has decided to build a sand castle. I guess this is how I’m meant to crash after all — by laughing till my stomach hurts. 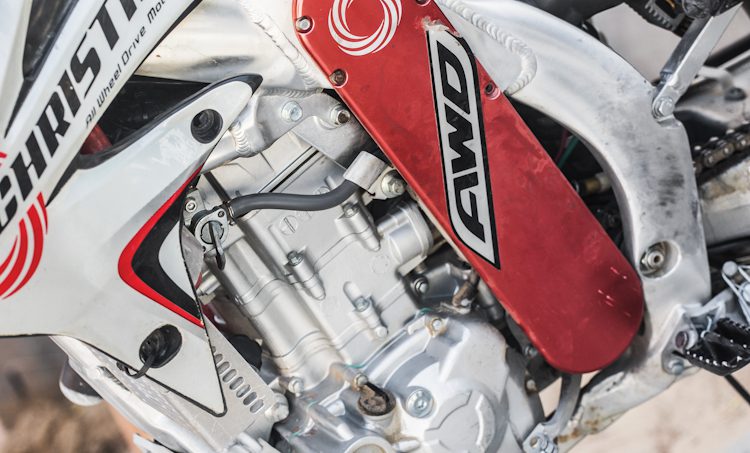 Still no crash, but let’s move on to said motorcycle. What you see here, to give you a proper introduction, is the Christini AWD 300 and yes, you read that middle name just right. ‘An all-wheel-drive motorcycle? You must be kidding?!’ No, it really is true! Christini is a US-based manufacturer of mountain bikes and motorcycles and the AWD 300 is one of three off-road motorcycles (the others being four-stroke 250/450s) it has been producing since 2007. Christini’s stint with AWD technology started way back in 1995 with a mountain bike which was soon licenced to Jeep Bicycles for mass production and the bright idea of using this tech on a proper motorcycle came to them in 2002. Since then, Christini’s motorcycles have enjoyed fair popularity in private circles, competitive stages and a small organisation commonly known as the US Military. Not bad, eh?
The AWD 300 is basically an Enduro bike (duh!) with a Gas Gas-sourced 300cc two-stroke engine and it’s a fairly up-to-date machine even without the AWD system, which we’ll get to in just a bit. The carburetted motor is paired to a 6-speed transmission and a hydraulic clutch, while a factory-fitted FMF exhaust takes care of the tail end of business. Like on all competition-spec motorcycles, power and torque figures are a secret, but what isn’t is its weight — at 113 kg, it certainly is heavier than its contemporaries by a fair bit. Thankfully, the 48-mm WP front fork, 5-stage adjustable rear monoshock and aluminum twin-spar frame make up in stability and poise for the agility lost due to the AWD system’s weight. 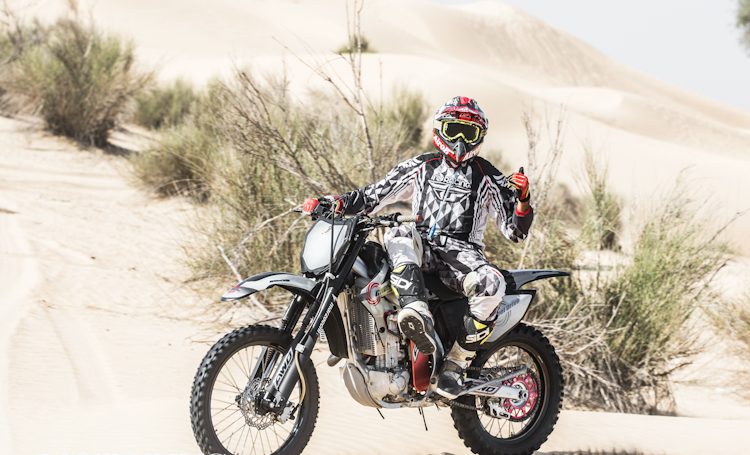 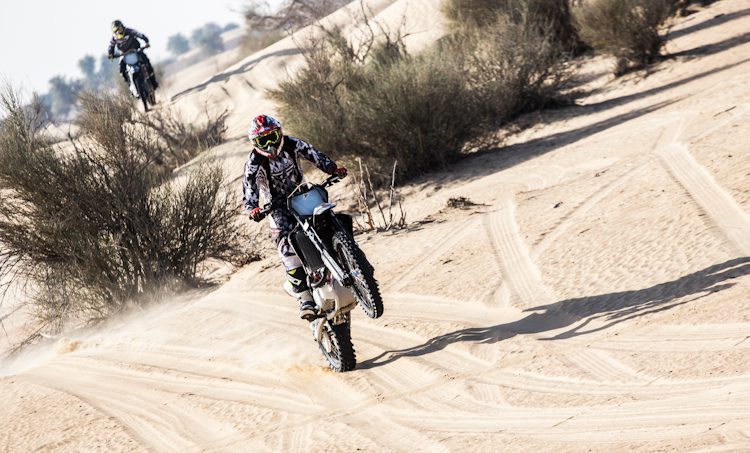 The AWD unit is itself a mechanical one, using a series of cleverly designed chains and shafts. The layout begins at the front sprocket, with a vertical chain leading to a shaft just behind the left-hand side aluminum spar, which links to a second shaft going down the fork assembly, finally linking to yet another shaft running down the bottom end of the fork, ending at the hub of the front wheel. The front wheel thus gets transferred around 80 per cent of the power going to the rear wheel, which gives the bike more consistent momentum. While the AWD mechanism only helps the front wheel freewheel easily (thanks to a one-way clutch within the hub) under regular traction conditions, it is when traction at the rear goes for a toss that AWD really kicks in, powering the front wheel and preventing it from washing out or folding in. Also, I really wish I’d paid more attention in physics class back in college. 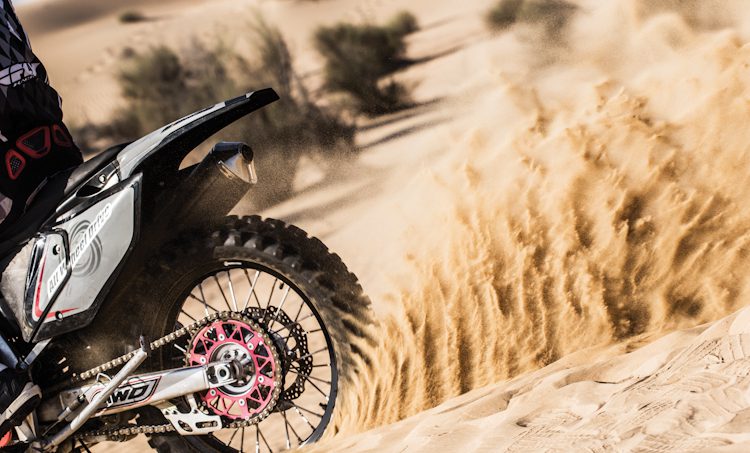 Anyhoo, does it really work? It does, apparently, although having encountered way too many firsts (riding in the desert, peculiar editorial activity, etc.) crammed within one morning, I could only barely get past the novelty of the technology. In application, AWD really does help in a few situations — a stop-start situation (say, when you’re nearly over a crest but want to get off and look over the other side for safety’s sake), slow crawling over rocks or moss and, of course, extreme MX-style cornering. In reality, however, it will take you a substantial amount of riding hours before you can really use the system to your full advantage. 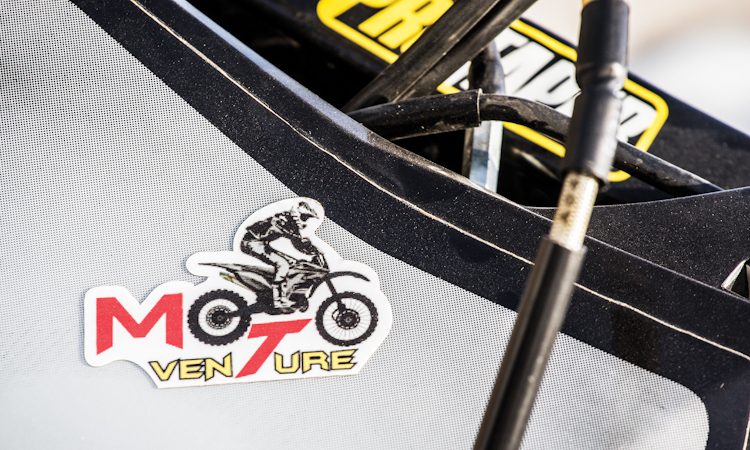 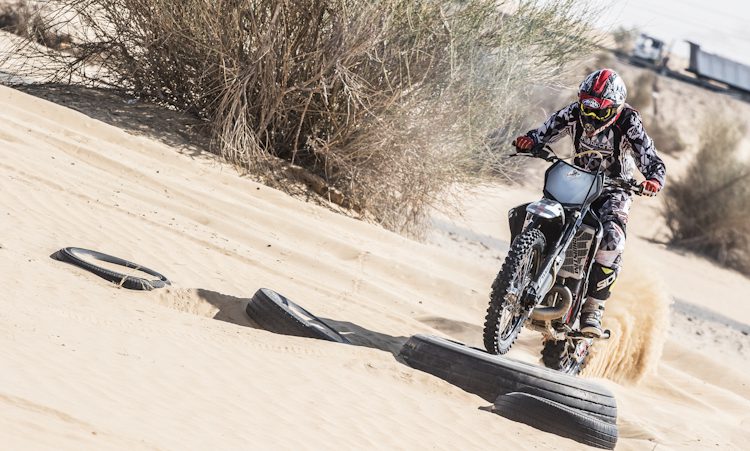 In that sense, the AWD 300 is perhaps more challenging for the conventional rider for whom the change in dynamic mannerisms may seem more unnerving than for the fresher, who may have had no reference point until Santa dropped a Christini down his sock. Is it fun, though? Oh, sure it is. For one, it is now possible to do a front-wheel burnout (not that I figured out how), but really, it does add a lot of stability to the overall package and for the desert-rookie that I am, it saved me from a dozen possible spills, which goes to say a lot about how effective the technology is. It is also important to remember that two-wheel-drive technology is in its absolute infancy at this point and it will definitely be interesting to see how it evolves over the years. And hey, Christini also plans to make a supermoto version of its AWD 450. Want to guess who’s planning a trip to Dubai very soon? 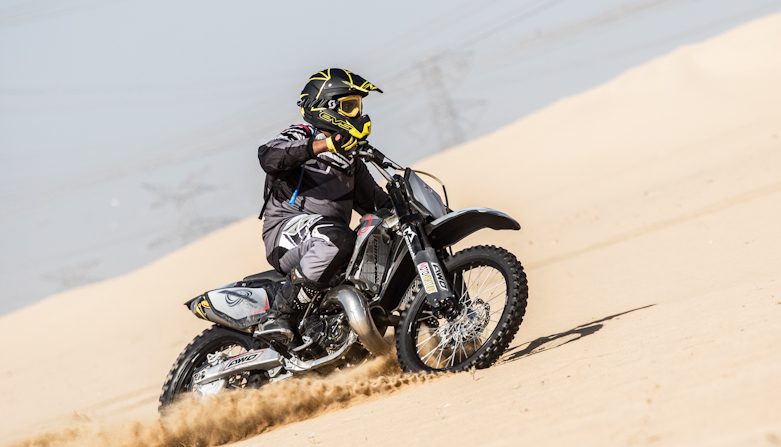 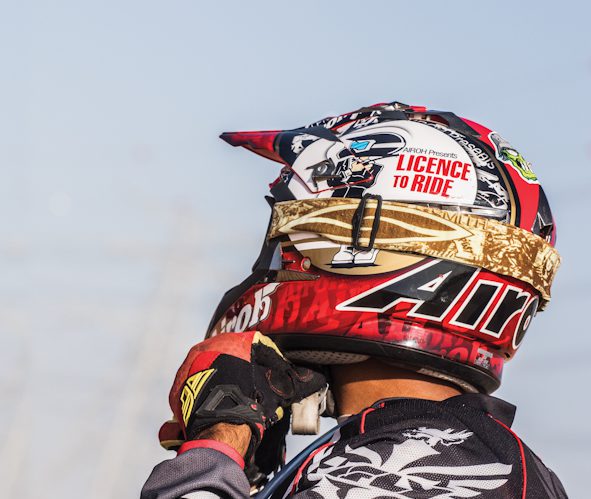