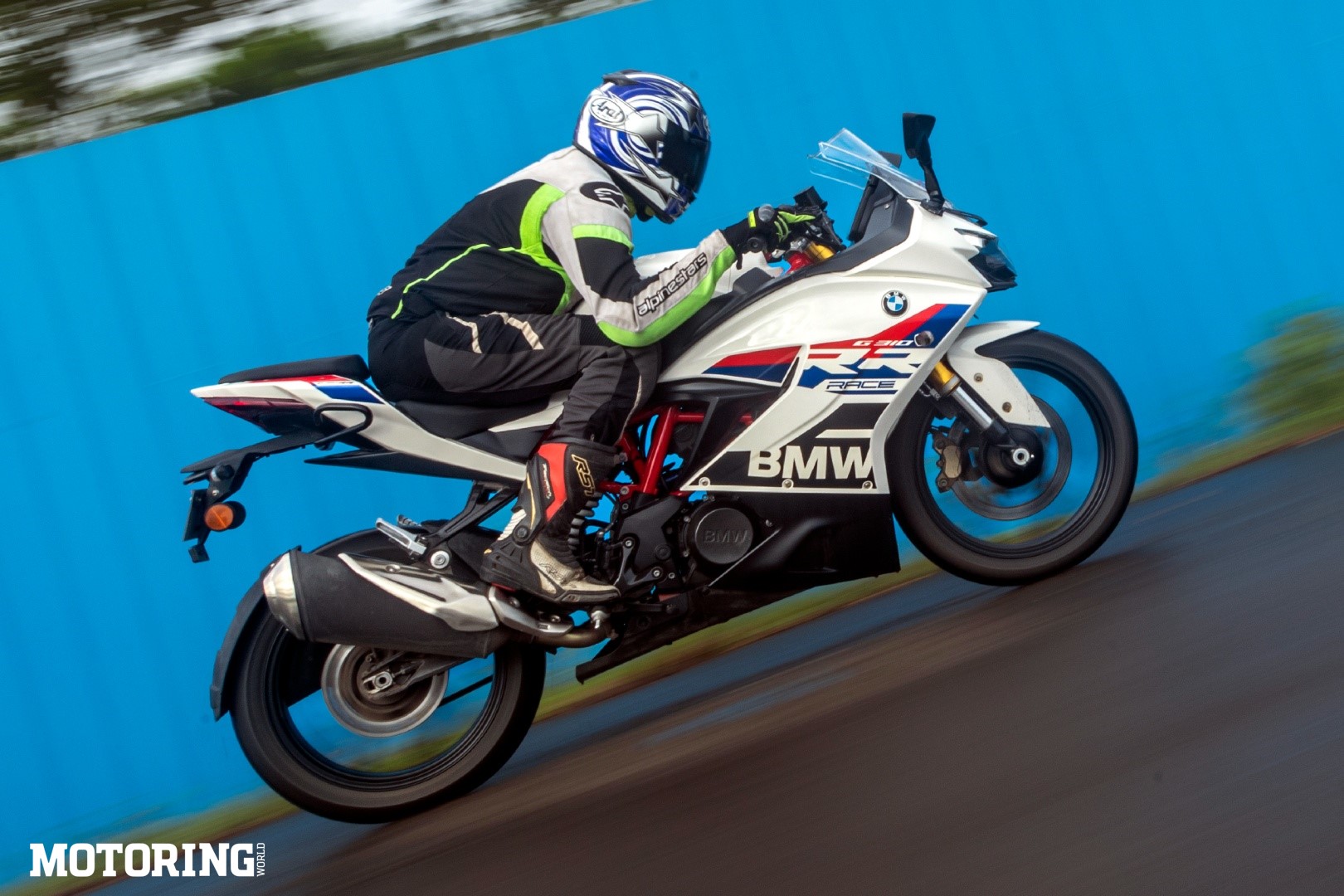 Well, the simple and straight answer would be no. And if you were to compare the Motodata box presented at the end of this review to that of the TVS Apache RR 310, the specs are absolutely identical. All is the same, except one, the price. The BMW G 310 RR demands a premium of Rs 25,000 over its Indian counterpart. Now, who in their able minds would even consider buying a re-badged motorcycle for that premium, right? I went into this road test with an ‘it’s only a paint job’ mindset, but the BMW G 310 RR has managed to change that. I know, even I was surprised at how I am saying this, but allow me to explain why I feel so. 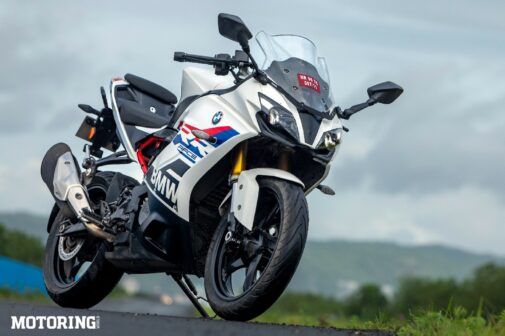 In the world of four-wheeled vehicles, besides sharing a platform within the brands to bring about different models, it has been a common practice to share a platform, or a model between two brands, under a signed agreement. The latter hasn’t been that popular but does exist in the two-wheeler space. TVS and BMW Motorrad had signed a deal about seven years back to co-develop a platform to be shared between the two and used to bring in new motorcycles. Looking at it today, the deal seems to be working out well. BMW Motorrad has two entry-level motorcycles that are performing well in their respective segments and a flagship motorcycle for TVS Motor Company that carries the reputation for being a fast bike. Now, BMW has introduced the G 310 RR, the faired one of the 300cc clan, cousin to its Indian counterpart, and the smallest supersport to carry the RR tag. 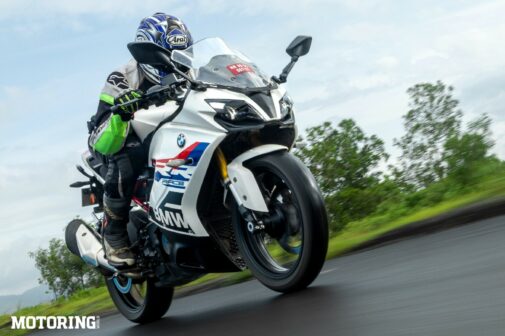 To ride, the G 310 RR is identical to the Apache RR 310 — well, almost. I say almost because there are a few mechanical bits that differentiate the two. The G 310 RR gets non-adjustable suspension which is the same as the standard Apache RR 310. But TVS does provide an option of opting for fully adjustable ones at the premium, which is a good thing for anyone who wishes to extract its full potential. Next are the brakes, wherein instead of the petal discs on the TVS, the BMW makes do with conventional circular ones. In theory, petal discs are likely to run cooler, which thereby helps in better braking performance. The way I see it, petal discs look cooler so they get my vote. 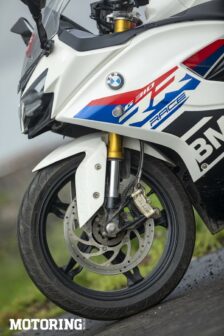 The third and the most significant one that makes all the difference in how the G 310 RR rides, are the tyres. The motorcycle comes shod with Michelin Pilot Sport Street rubber instead of the Michelin Road 5s on the RR 310. Both tyres are of the same make but perform quite differently. The Road 5s are much better suited for our Indian roads and are phenomenally good in the wet. Not just once but on multiple occasions, did the rear break traction while accelerating in wet conditions. That would have not been the case with Road 5s. While cornering, since the Road 5s attain operating temperature much faster compared to the Pilot Sport, they manage to maintain optimum grip levels even at city speeds. 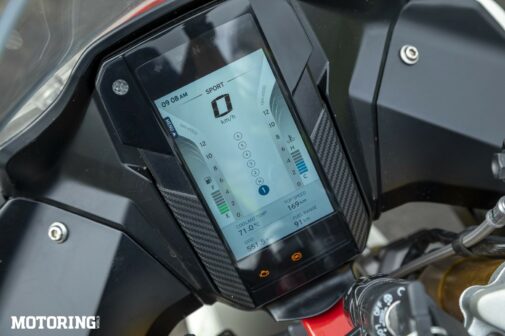 Apart from the above, on the feature front, BMW has skipped the Bluetooth and other smartphone connected options with the G 310 RR. Yes, it’s 2022 and everyone wants smart connectivity for everything. I’m personally not a fan of it at all, but again that’s just me. So far, looking at how the G 310 RR is stacked up against its Indian sibling, it doesn’t seem like the BMW has anything to justify that premium, right? Yes and no. Yes, because of the above. No, because, it is now a BMW! Believe it or not, that badge on either side of the fairing and other branding on the bike does have its weight and it unquestionably shows. In all the occasions that I had ridden the TVS, never had I received the kind of eyeballs I did while on the BMW. One gets immediately perceived as the owner of a premium motorcycle. Looking at the bike itself, especially in this Style Sport livery, BMW Motorrad’s Motorsport colours, there is a sense of aspiration which comes across strongly. 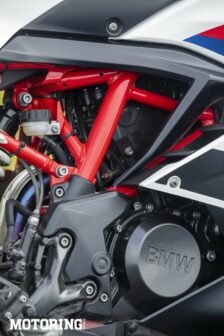 Yes, it would have definitely been nicer if BMW had considered tweaking the headlamp and tail lamp design to differentiate it from the TVS, but unfortunately, that isn’t the case. For BMW, while there is a growing demand for smaller sportbikes in India, the main purpose of having the G 310 RR is for the international market. The mechanical components are already approved for sale in other countries, so it makes for an obvious consideration for the company to make the best of the situation in other markets, where the quarter-litre superbike market is already flourishing. 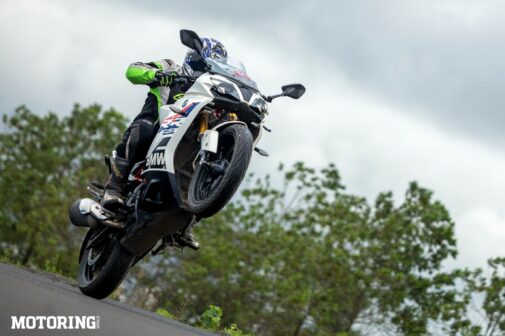 Should you then consider buying one, if you’re in the market for this sort of motorcycle? I can’t think of a reason why you shouldn’t. Apart from factors such as exclusivity and premium appeal, all taken care of by BMW, what also needs to be considered is that the G 310 RR is genuinely a nice motorcycle to ride. And while I would stay away from the base black variant, the G 310 RR looks fantastic in this livery and has definitely won a lot of admirers of different genders and age groups, during the time I got to spend with it.