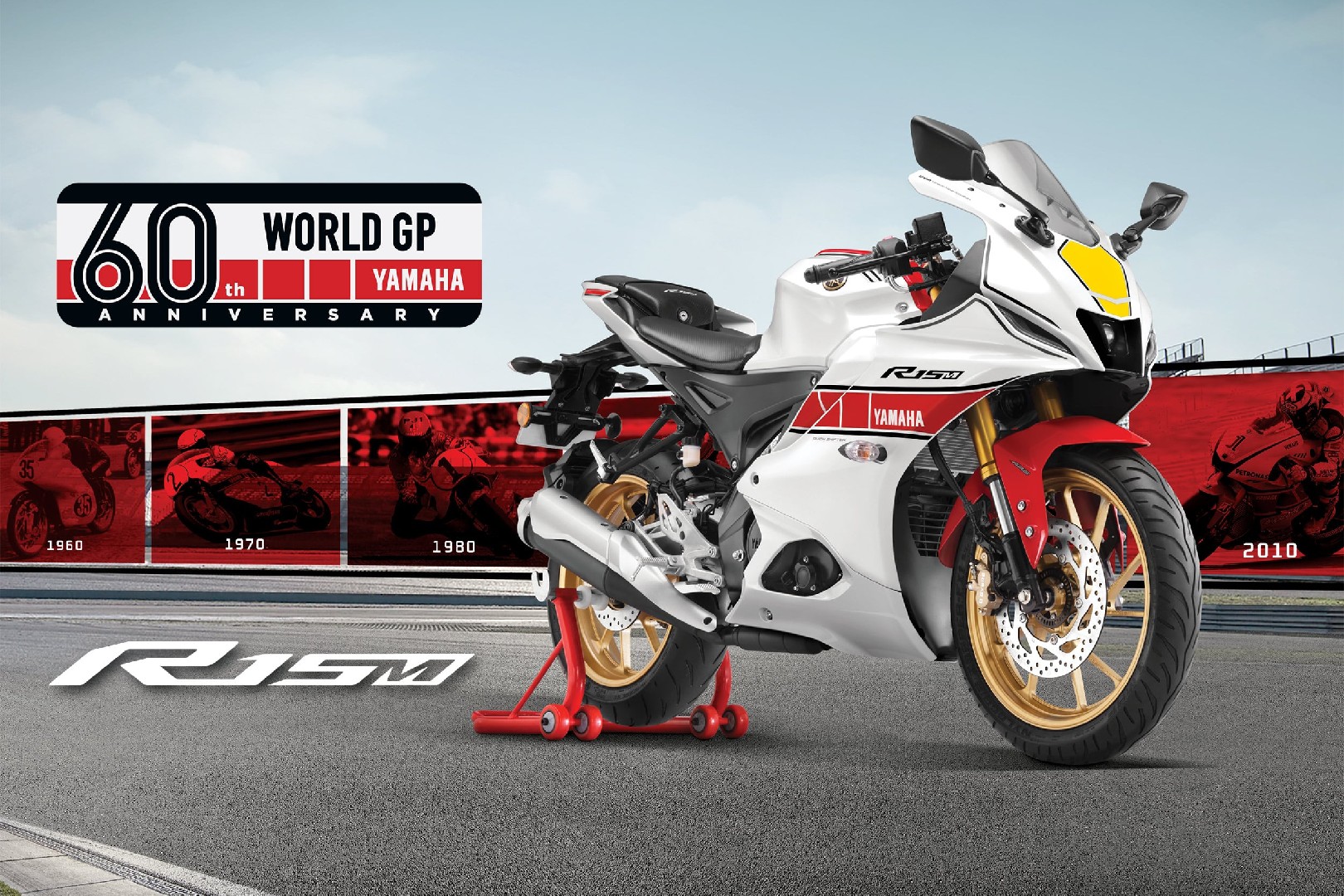 This is no ordinary Yamaha R15 V4. Painted in this special white and red ‘speed block’ livery,  sporting golden alloy wheels, black levers, and a few badges here and there, this is the World GP 60th Anniversary Edition of the YZF R15 V4, which is available on the R15M variant.

Now, we all know that the R15 V4’s top-end M variant costs Rs 1.86 lakh. If you were happy to spend that much for the R15M, then you could add in another Rs 2,000 and get the 60th Anniversary edition for Rs 1.88 lakh (both ex-Delhi). Of course, it won’t add any performance upgrades to the already powerful R15M, but you get to boast about it on your weekend early-morning rides. Another way to stand out from your standard R15 crowd.

Speaking of the standard R15, the special edition model is identical to other models. It has a 155cc liquid-cooled engine that produces 18 bhp and 1.45 kgm of torque. It has a six-speed transmission with an assist and slipper clutch, as well as a quick shifter for clutch-free upshifts. A traction control system, a touchscreen console with Bluetooth connectivity and Track and Street modes are also included. Do let us know what you think of the Yamaha R15M World GP 60th Anniversary Edition.