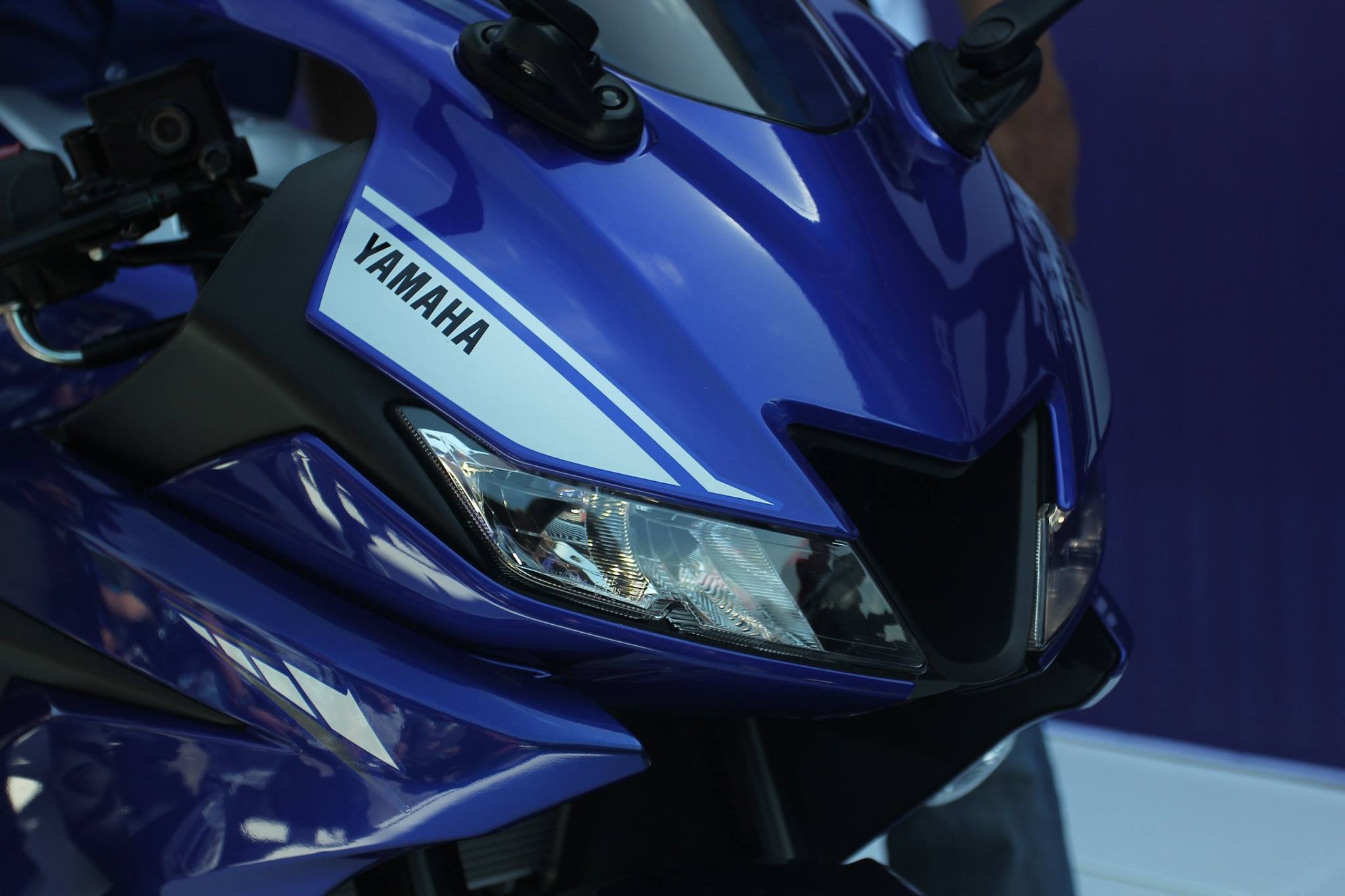 It would be wrong on our part to think that Yamaha wouldn’t coincide the arrival of a future MotoGP superstar with the launch of a hugely awaited motorcycle. Because that’s what has happened; the all-new Yamaha R15 (or R15 v3.0) is out. And its unveiling was presided by who other than Maverick Vinales himself.

It’s hard to draw parallels between Vinales and the latest Yamaha, because much like Rossi’s new team-mate, the R15 v3.0 has been hugely awaited. And the huge fanfare isn’t without reason: the bike is (on paper) a step upward from the current bike.

It retains the hugely acclaimed Deltabox frame, but weights less at 137 kilos. Other additions include upside-down forks, new instrumentation, and of course, the new design. The all-new LED headlamp assembly comprises two units, separated at the middle. The fairing is also new, with more visual bulk than those on the earlier models. The Indonesian market will get three colours to choose from: Racing Blue, Matte Black, and Matte Red.

Given the R15 has been a strong product, since the time it arrived in 2008, it’s hard to think Yamaha will take too long to bring the new one to India. The official word’s not out yet, but trusts us, we are as eager to know as you must be.