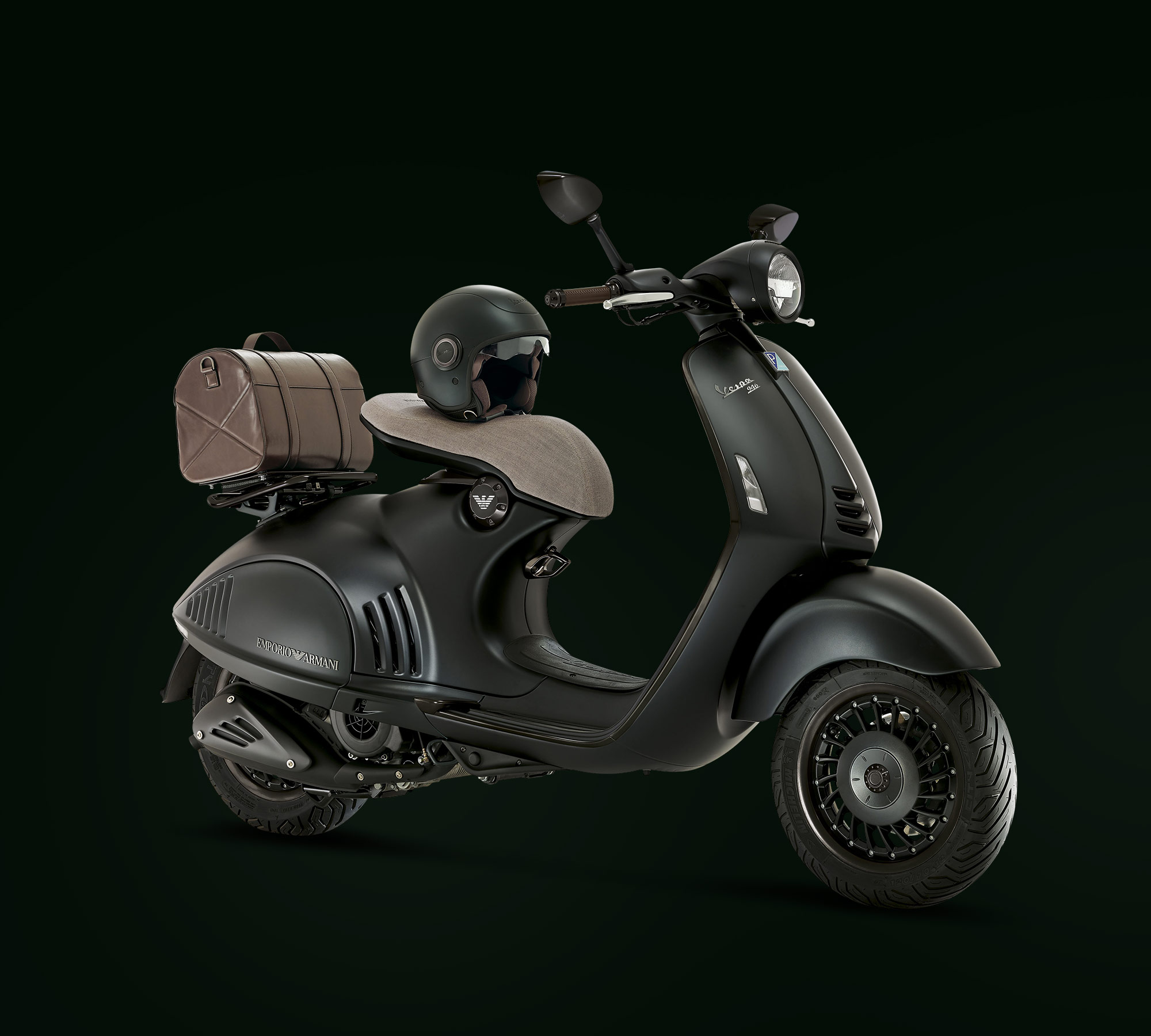 Piaggio is celebrating a couple of important anniversaries with the Vespa 946 Emporio Armani and the Vespa 70th Anniversary Edition, the two scooters that it launched today.

The first one, the 946, was created to celebrate the Italian fashion icon Giorgio Armani’s 40th anniversary and 130th birthday of the Piaggio group and has been launched in India for Rs 12.05 lakh (ex-showroom, Pune). No, that is not a typo, and the reason why it is so expensive, is because the 946 is going to be directly imported from Italy. Also, since it was made in collaboration with the Armani design house, there are some very tasteful bits like the custom grey paint-job with a matte finish, leather seat, LED headlamps and beautifully finished switch-gear and metal parts. Overall, it is a very stylish and well-made scooter, with some parts which have been custom made for this special edition, and also includes a wide array of high quality accessories. Adding to the price is the presence of 220 mm dual disc brakes up front, ABS and traction control, riding modes a digital instrument display whose’s software is also capable of syncing to smartphones. The 946 in the name does not allude to the engine powering it though – which is a 11.4 bhp 125cc unit; but to 1946, the year the Vespa line was born.

Which neatly brings us to the other scooter, the Vespa 70th Anniversary Edition, a special edition based on the Vespa VXL 150. At Rs 96,500 (ex-showroom, Pune), this special edition is around Rs 7,000 more than a regular VXL, and what you get by paying the extra money is a special ‘Azzuro 70’ blue paint, leather seats in brown with white stitching and an embossed 70th Anniversary logo. Other special additions include a fly screen, chrome rear-carrier and a chrome perimeter guard with pillion footsteps. Honestly, that blue paint itself is worth the extra price.

Both these scooters are available from Piaggio’s Motoplex multi-brand stores.