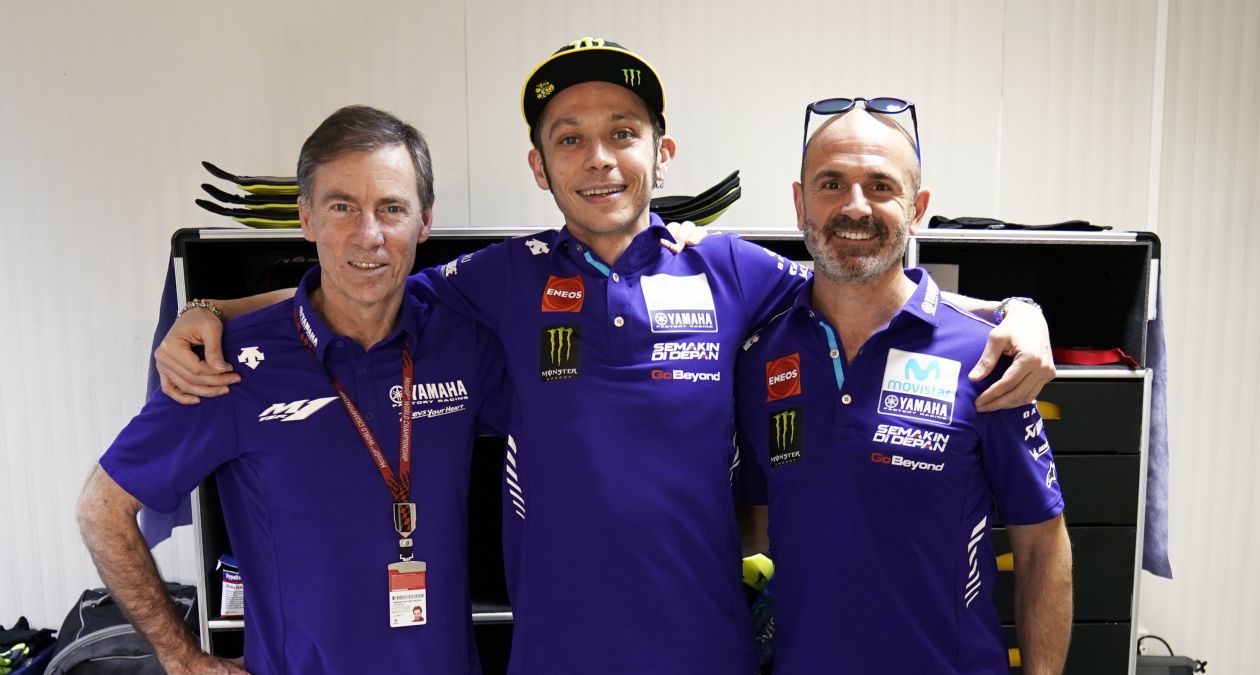 Right before the season opener at Losail, Qatar, Valentino Rossi has extended his contract with Yamaha. The nine-time champion, also known as the Doctor had earlier mentioned that he would only extend the contract if he ‘survived’ the testing. Looks like he did, and that’s good news to both fans of the sport and his.

The duo start their 13th season together this year, and with a venerable record: 56 wins, 43 second places, and 35 thirds. That makes him Yamaha’s most successful rider, which is also reflected in the statement by Yamaha Racing’s MD, Lin Jarvis: “Despite his many years in the sport and his 39 years, Vale is as committed today as he ever was and there is no doubt he is still a top rider, as witnessed most recently by his second position in the final pre-season test here in Qatar.”

A look back into the archives and you’ll find it hard to miss Rossi’s opener GP with Yamaha from 2004. The South African round of MotoGP (at Welkom) not just surprised many a race fan, it was an eye opener for the rivals, too. It included a hard-fought battle with rival Max Biaggi, Yamaha’s return to form in the premier class, and of course, the difference between #1 and #2 of just 0.21 seconds.

On the formal announcement of his extension of contract, Rossi said, “When I signed my last contract with Yamaha, in March 2016, I wondered if that would have been the last contract as a MotoGP rider. At that time, I decided that I’d take that decision during the following two years. During the last two years I came to the conclusion that I want to continue because racing, being a MotoGP rider, but especially riding my M1, is the thing that makes me feel good. Having the opportunity to work with my team, with Silvano, Matteo and all my mechanics, and working with all Japanese engineers, Tsuji-san, and above all Tsuya-san, is a pleasure – I’m happy. I want to thank Yamaha – Lin Jarvis and Maio Meregalli in particular – for their trust in me, because the challenge is difficult: being competitive until I’m 40 years old! I know it’s going to be difficult and it requires a lot of effort from my side and a lot of training but I’m ready, I am not lacking in motivation, that’s why I’m signing for two more years.”

And talking of Yamahas, have you checked out the First Ride Review of the new Yamaha YZF-R15 v3.0?