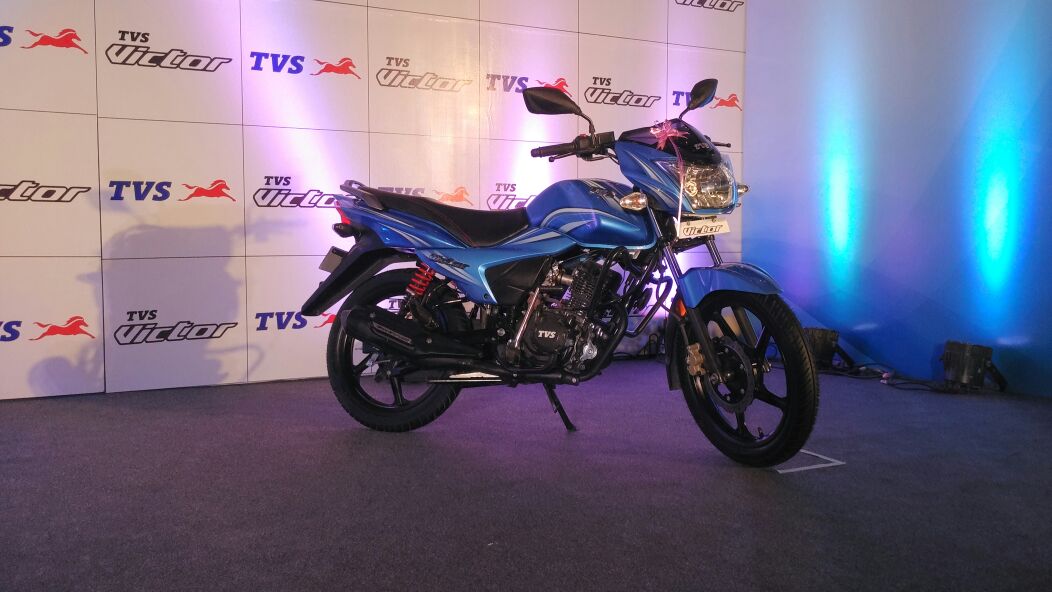 TVS has revealed the price of the refreshed Victor, launching it at Rs 51,118 (ex-showroom, Maharashtra) for the disc brake version, while the drum brake variant is Rs 2000 cheaper. We had ridden the Victor sometime back and to recap, the new Victor comes with three valve 110cc engine putting out 9.5 bhp and a .96 kgm. Power is transmitted via a four-speed gearbox, and as we had mentioned in our first ride review, the torque is pretty evenly spread out over the rev range, so you are not really left wanting at low speeds in typical urban riding conditions.

The Victor also comes with a five step adjustable suspension at the back, and at TVS’s high speed test track, the Victor did not feel out of place, with a comfortable ride and handling which was relatively good for its segment. Among the other things going for the Victor, its claimed 76 km/l (under test conditions) just swings the vote more in its favour.