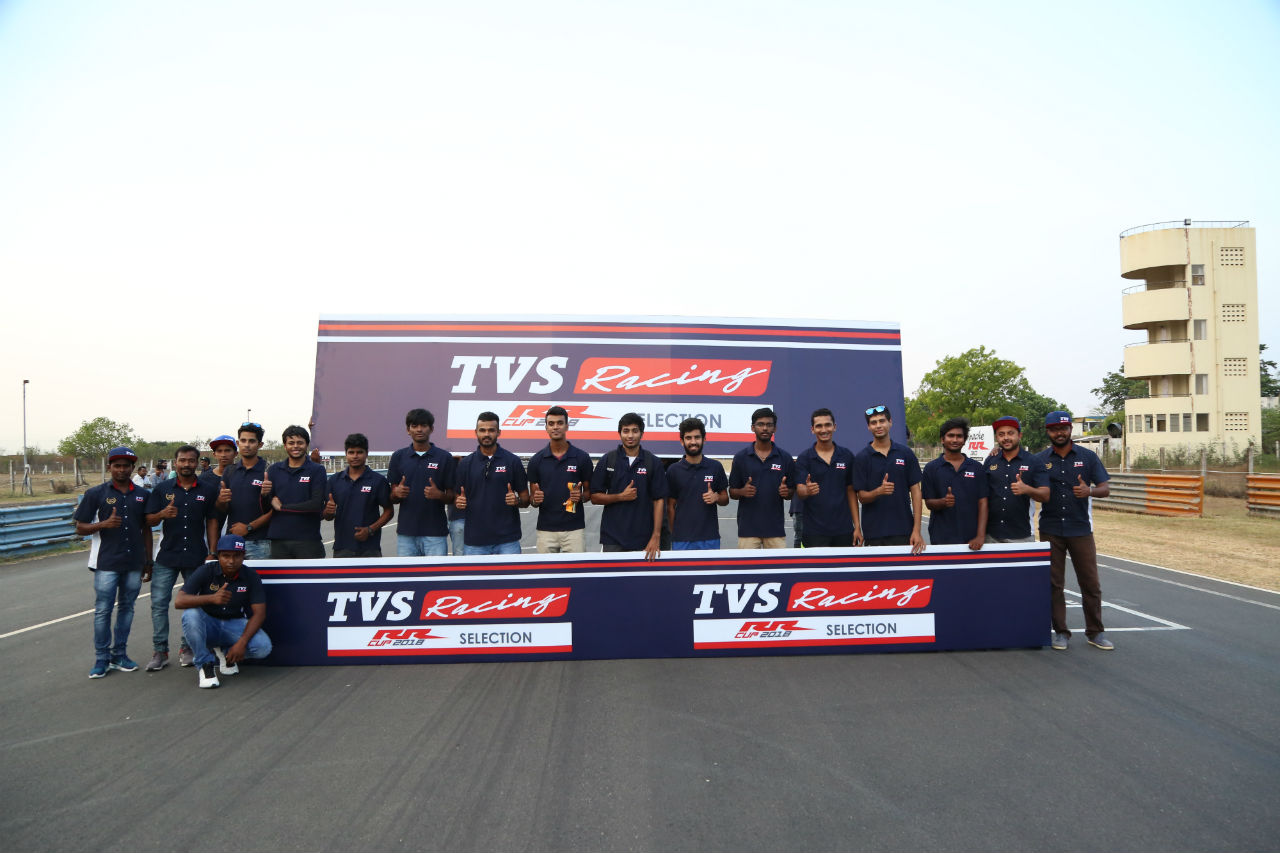 With 35 years of experience in racing, TVS Racing — the factory racing arm of TVS Motor Company — has announced the names of 12 finalists who will participate in the inaugural TVS Apache RR One Make Series. Competing on the Race Spec TVS Apache RR 310s, the series will be conducted as part of the Indian National Motorcycle Racing Championship (INMRC), which is set to begin in June 2018.

The selection round saw an overwhelming response of 287 entries, out of which  40 participants were, erm, selected. The criterion for selection was simple: it was open only to riders with a podium finish in INMRC or any One-Make Championship. At the end of a rigorous selection round at the Madras Motor Race Track (MMRT) in Chennai, 12 riders from across the nation were shortlisted to compete in the series.

As mentioned, the TVS Apache RR One Make Series will take as a part of the Indian National Motorcycle Racing Championship (INMRC) in Chennai (MMRT), Coimbatore (Kari) and Greater Noida (Buddh International Circuit). The 12 selected racers will compete against each other in six rounds, with one round being a part of the Asian Championship.

Team Manager, TVS Racing, B Selvaraj said, “When we spoke about the TVS Apache RR One Make Series at the launch of the TVS Apache RR 310, the response across the country was phenomenal. This further translated into the number of entries and we were delighted to see new names spring into the final 12. We are glad to have such spirited and talented individuals on our platform and look forward to see them compete fiercely in the cup astride Race-tuned TVS Apache RR 310. I wish them all the best for the cup.”