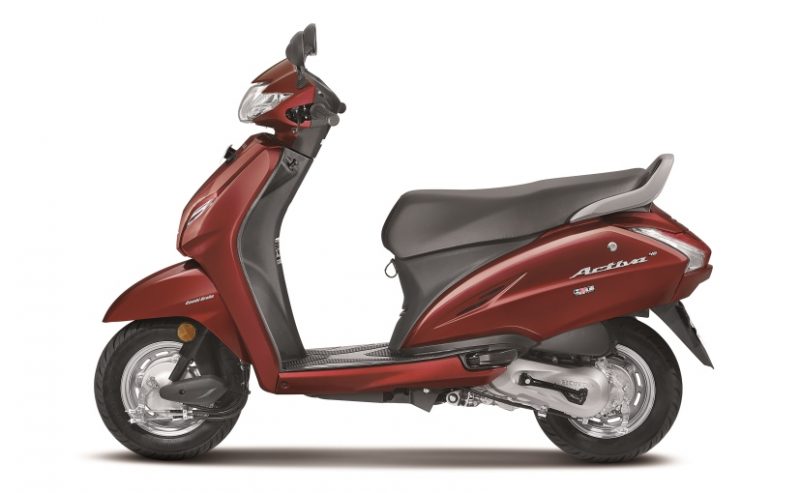 As a mass market product, the Honda Activa has done exceptionally well. So much so that the scooter segment appears to have made a glorious return, with 35 per cent of sales in the two wheeler industry being made by automatic scooters alone (in the month of April 2017).

That it almost matches the sales of 110 cc motorcycles (36 per cent of the total sales in the domestic two-wheeler segment) is just another testament. And Honda, clearly instrumental in making scooters popular again, despatched 368,550 units of automatic scooters in April 2017 — it’s also the highest ever AT scooter sales figure. The company also proudly boasts about a 63 per cent market share in the scooter segment.

HMSI’s Senior VP, Sales and Marketing, Mr. Yadvinder Singh Guleria, said, “From its debut in 2001, Honda 2Wheelers India re-activated the automatic scooter segment. Over the years, Honda has strengthened its leadership in automatic scooter segment with its two core strengths – advance technology and innovation. Honda was the first to reduce the mileage gap between mass motorcycles and automatic scooters way back in 2001 and innovate with tuff-up tube, Convenient Lift up Mechanism (in 2001). In 2009, Honda was the first in industry to bring Combi-brake system (CBS) with Equalizer technology and tubeless tyres. In 2013, Honda innovated yet again to give customers more mileage with Honda Eco Technology. Continuing its technology and innovation leadership in the BS-IV era, Honda is again the industry first to bring LED position lamps in the segment with Activa 125. In 2016-17, Activa has overtaken motorcycles to become Highest selling two-wheeler brand in India. Honda is firmly leading the next wave of scooterization which has already started in Tier-II and tier-III towns.”

A simple graph that shows how scooter sales have increased in the country: