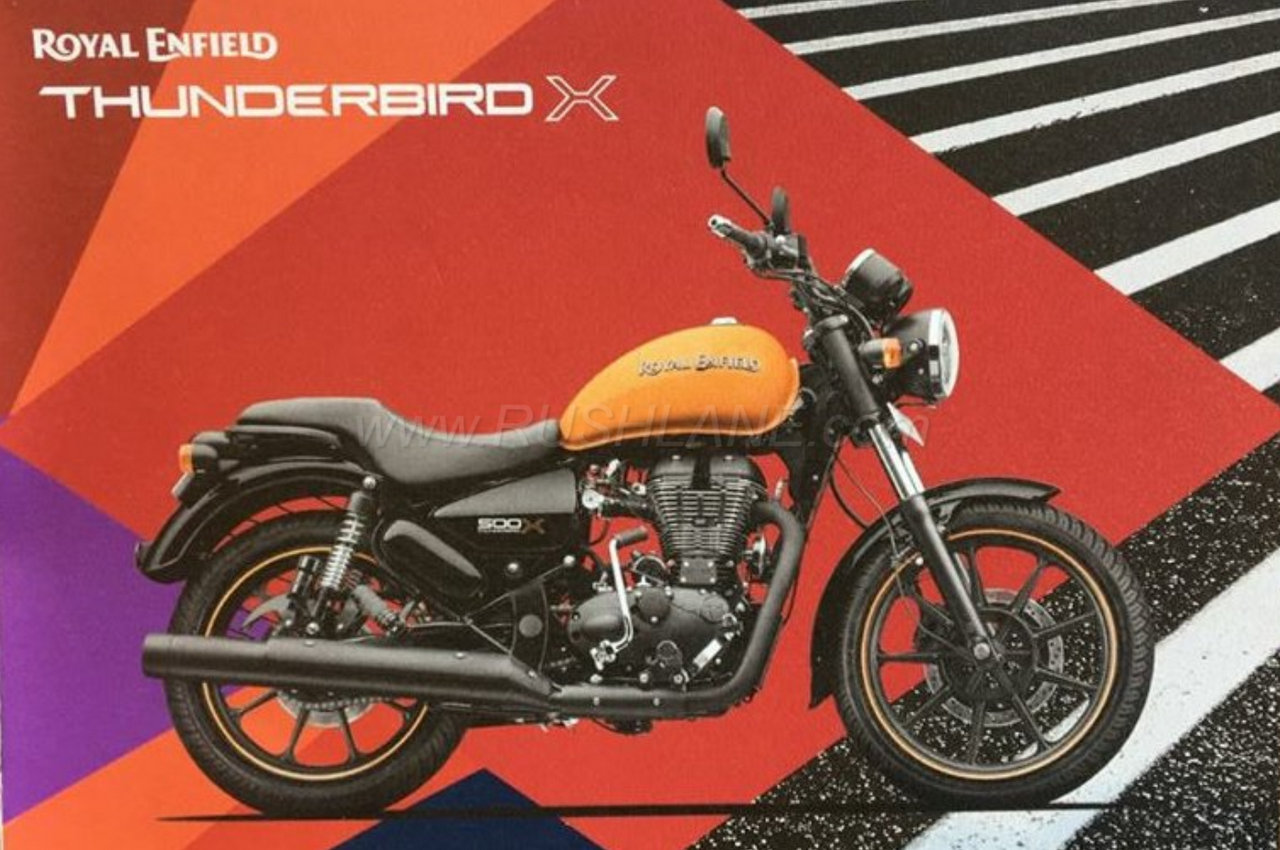 It’s on the verge of getting a bit boring because the Royal Enfield Thunderbird X has been covered extensively by multiple publications in the past few days. The motorcycle, based on the standard Thunderbird twins, will be launched on February 28, the company had confirmed, soon after the dealers began contacting prospective customers. Now, RushLane, have laid their hands on the brochure shots of the motorcycle, two days before the launch.

It goes on to confirm most things that have been discussed in the past. There will be two versions (one called the 500X and the other called the 350X), available with alloy wheels, tank finished in bright colours, no back rest, and a single-piece seat. It also gets a flatter handlebar, use of matte black for the engine and exhaust, and possibly grey for the instrument console. The rear-view mirrors are also of a different shape in comparison to the regular version of the Thunderbird. 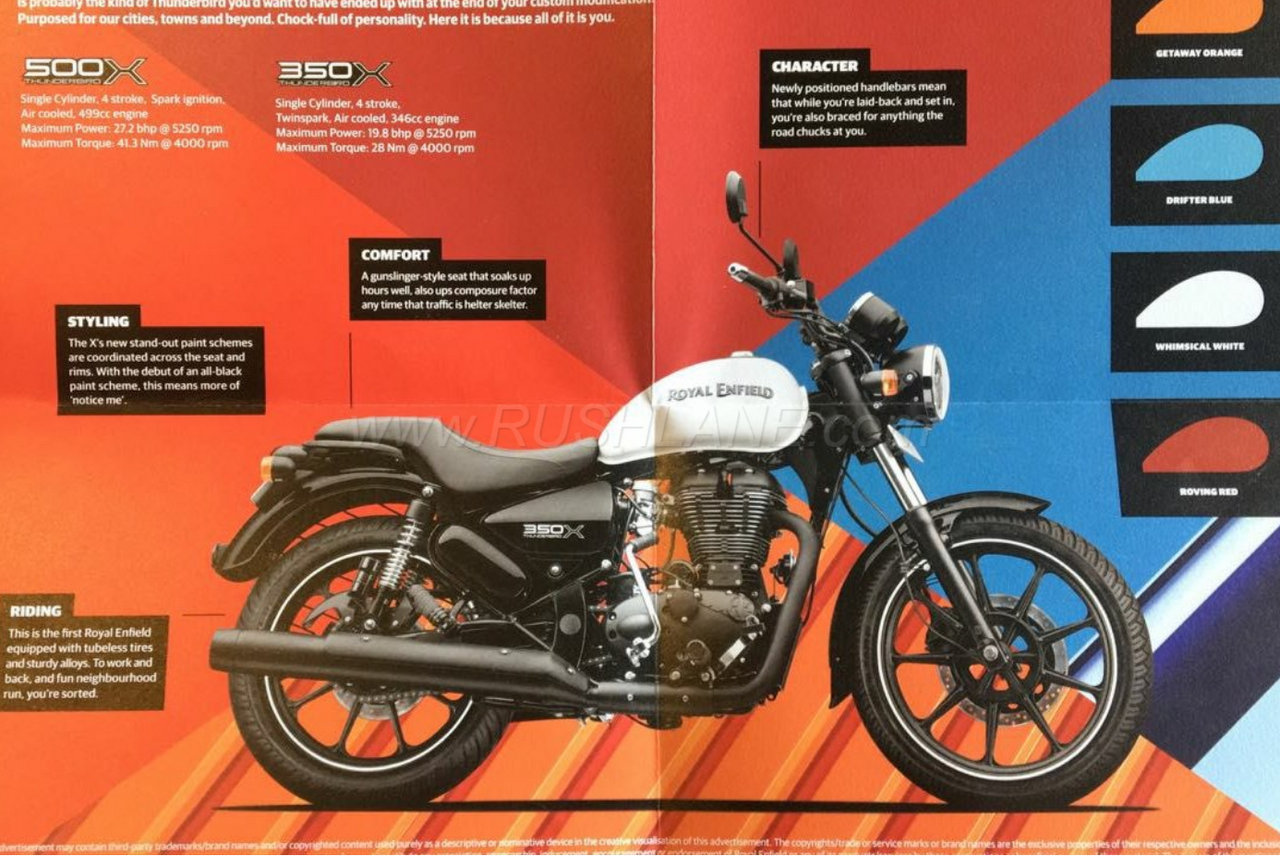 Targeted at the young audience, the Thunderbird X will be more city-orientated. The rim stripes and lack of chrome help in achieving the look even further. The colour choices (tank and rim stripe are colour coordinated) include Getaway Orange, Drifter Blue, Whimsical White, and Roving Red.

Unless Royal Enfield wants to pull a surprise at the last moment, everything else remains unchanged. You can read about the previous coverage on the upcoming motorcycle from Royal Enfield by clicking here, and here.

Once Royal Enfield launches this, the next in line will be the new Twins: the Continental GT 650 and the Interceptor 650. You can have a look at those in our walk-around videos from EICMA: