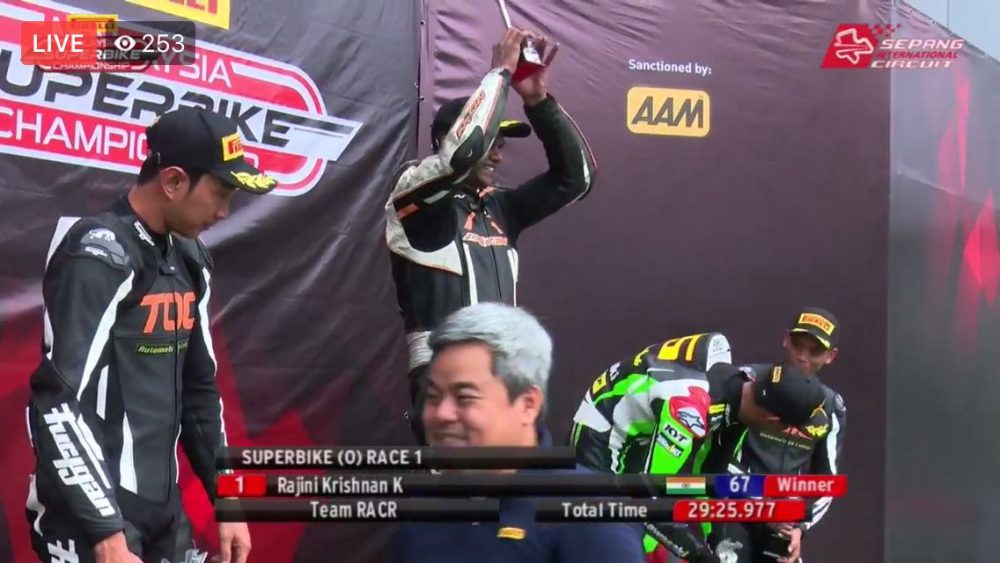 It has been a good beginning for Team RACR during the inaugural round of the 2018 Malaysian Superbike Championship this weekend. Held at Sepang International Circuit, Rajini put up an amazing performance in the first race of the season. After qualifying in the third position, despite wet race conditions, Rajini managed to win the race by securing the first position in the very first lap. He attained a strong lead of 12.057 seconds ahead of Mohammed Ramdan Rosli by the end of the 12-lap race.

The second race, however, didn’t favour Rajini well as he faced a high side in lap 3 while he was chasing the race leader. Nevertheless, Rajini rejoined the race back in 18th position and gradually managed to make his way up to 5th position by the end of the race.

In the 600cc Supersport category, Team RACR riders Abhijith Prasad and Ritesh Sapre finished the first race in 5th and 11th positions, respectively. However, during the second race, the duo slipped down to the 9th and 18th position. In the Super 250 category, Vishwadev Murlidharan also from Team RACR managed to secure 8th position in the first race and 7th in the second.

The second round of the 2018 Malaysian Superbike Championship will be conducted between 27 and 29 July.