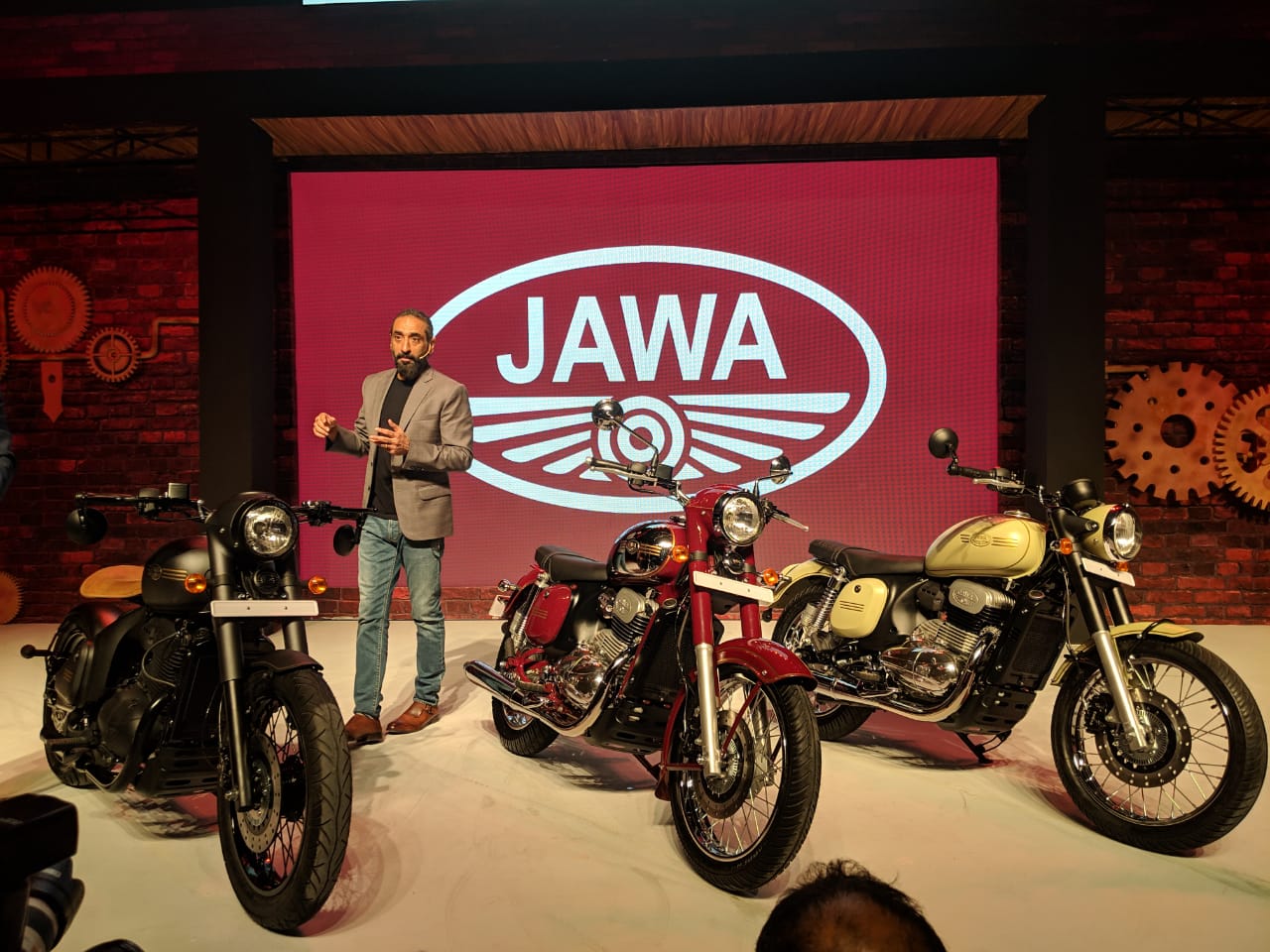 Under the Mahindra-backed Classic Legends brand, the iconic Czech motorcycle manufacturer Jawa has made a comeback. Keeping up with the trend, the new motorcycles feature a retro design but are certainly more than just a nostalgia trip. There are three new models: the Jawa, Perak, and Forty Two.

Launched today, the Jawa and Jawa Forty Two will be made available first, followed by the Perak. The former two are powered by a single-cylinder, four-stroke 293 cc engine that makes 27 bhp and 2.85 kgm. Twin exhausts are standard, and so is a six-speed gearbox. You can read more about the beautiful-looking engine in an earlier post by clicking here.

On the other hand, the Jawa is closer to the original in terms of styling. The paint scheme, overall styling, the inclusion of pinstripes and accents, and a healthy amount of chrome, set it apart. Things like the fuel filler cap and the tool box are a clear throwback to the earlier models. Unlike on the Forty Two, the handlebar here is a standard unit — with its clamp neatly hidden like on the early models. It’s priced at Rs 1.64 lakh, ex-showroom, and will be available in three colours: Jawa Black, Jawa Maroon, and Jawa Grey.

Bookings for the motorcycles will open today (that is on November 15, 2018) onwards on www.jawamotorcycles.com. Further details for the two new motorcycles include an 18-inch front tyre and a 17-inch one at the rear, 280-mm ABS-equipped disc brake up front and a drum at the rear, and a fuel-tank capacity of 14 litres. The motorcycles are claimed to tip the scales at 170 kilos, and have a seat height of 765 mm.

The third model you see in the photos is the Jawa Perak. It’s a factory custom, and is powered by a 334 cc liquid-cooled single that produces 30 bhp and 3.16 kgm. Bookings for it will be opened later, and it’s priced slightly higher than the other two, at Rs 1.89 lakh, ex-showroom.