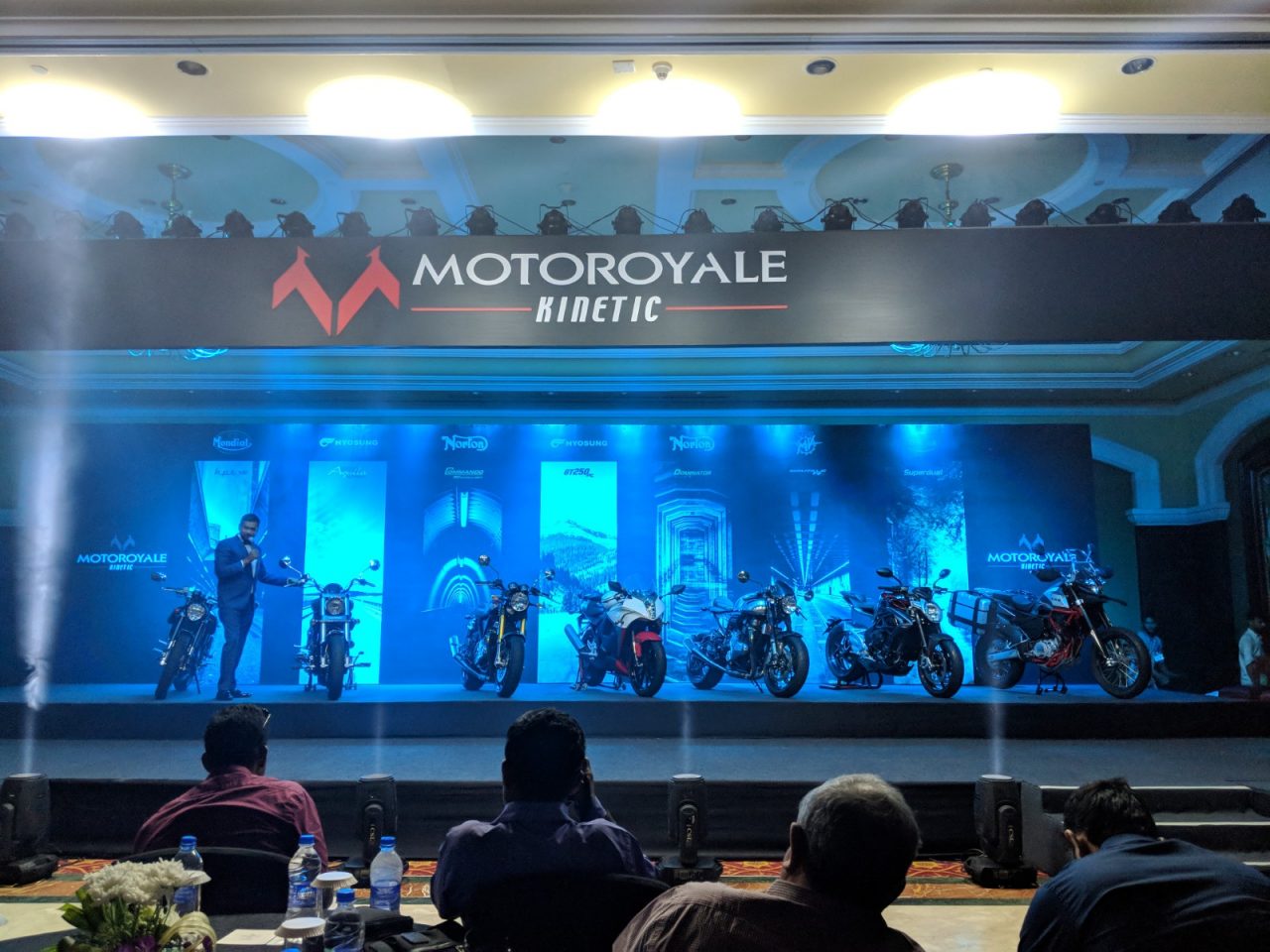 Kinetic Group’s premium motorcycle division, Motoroyale, has announced its tie-up with three new international brands that will now be sold under its umbrella. Along with the existing brands like Norton and MV Agusta,  Motoroyale will now retail Hyosung, FB Mondial and SWM motorcycles. Each manufacturer has marked the occasion with the launch of a new product as well. A total of seven motorcycles have been launched today. 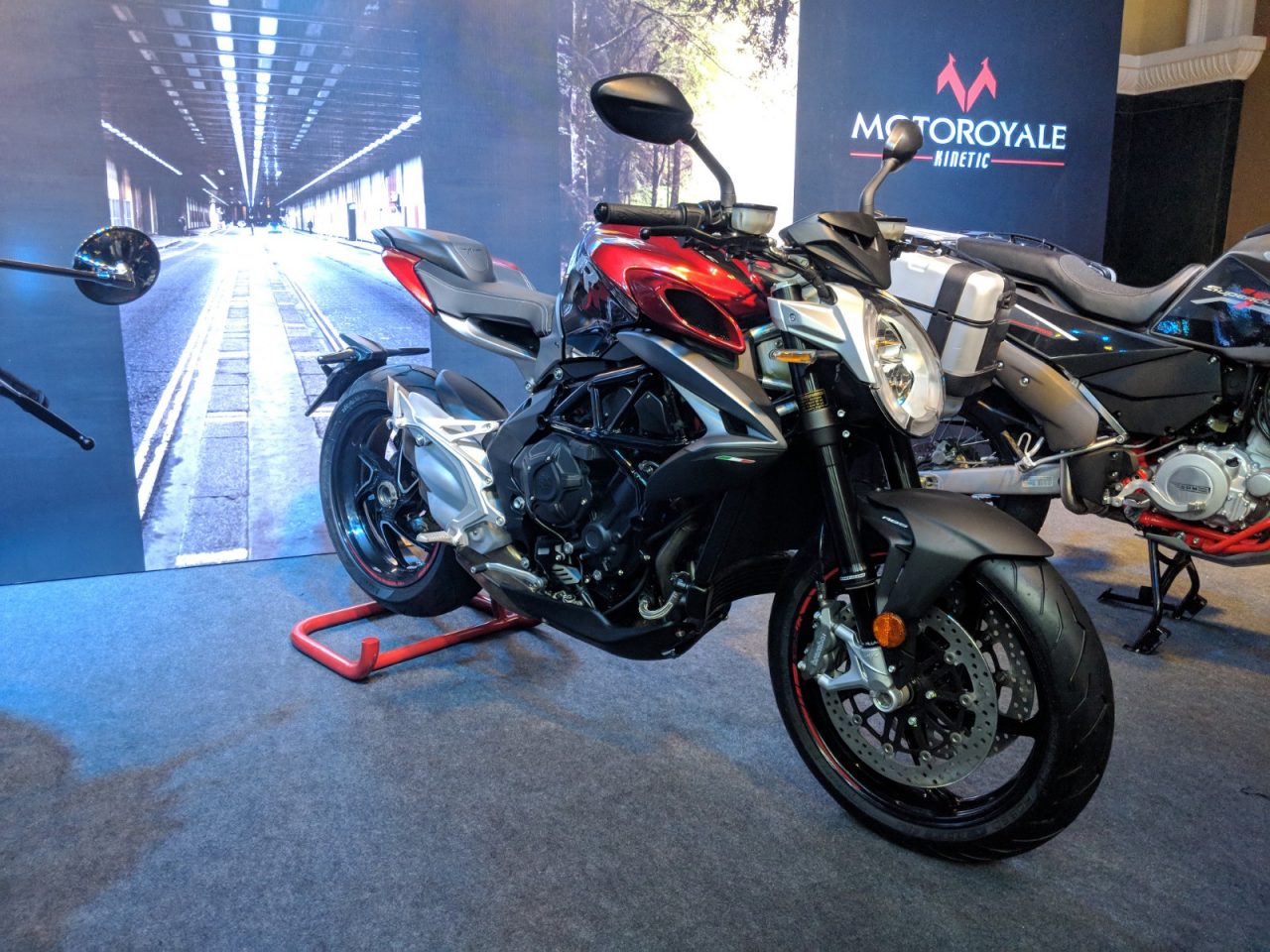 Brands like MV Agusta who have partnered with Motoroyale in 2016 launched the MV Agusta Brutale 800 RR. The naked street is powered by a 798 cc, three-cylinder motor that puts out 140 bhp and 8.87 kgm and comes paired to a 6-speed gearbox. Weighing at 175 kg, the Brutale 800 RR is capable of reaching a top speed of 244 kph. The motorcycle features four ride modes, eight levels of traction control, Bosch 9 Plus ABS, hydraulic slipper clutch and Brembo brakes. It’s priced at Rs 18.99 lakh, ex-showroom, India. 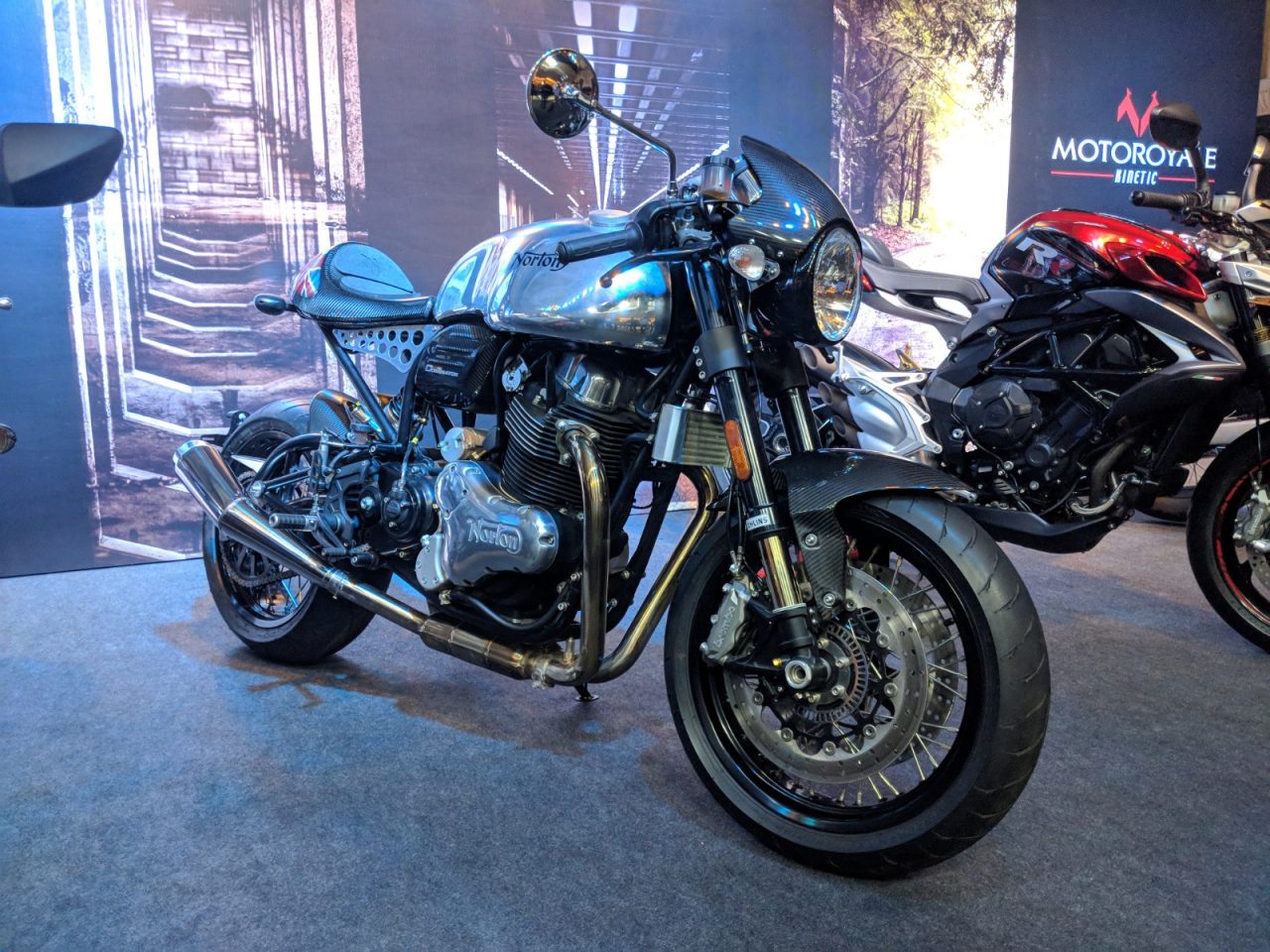 Next up is the iconic British brand Norton, who had tied up with Motoroyale last year. The company launched two motorcycles, the Commando 961 Sport MKII and the Dominator. Both are limited edition models, the former has been priced at Rs 20.99 lakh and the latter at Rs 23.77 lakh (both ex-showroom). The number of units allotted for India is limited to only 37 — 19 units of Commando and 18 units of Dominator. Each motorcycle is unique as it features a hand-painted British flag, owner’s name and a unique number allotted to each bike. The motorcycles share the same motor, a 961 cc parallel-twin engine that puts out 80 bhp and 9.17 kgm. Suspension duties are handled by Ohlin-sourced upside down forks up front and twin shocks with remote reservoirs for the rear. Anchorage is provided by four-piston brakes at front and two-piston brakes at the back from Brembo. 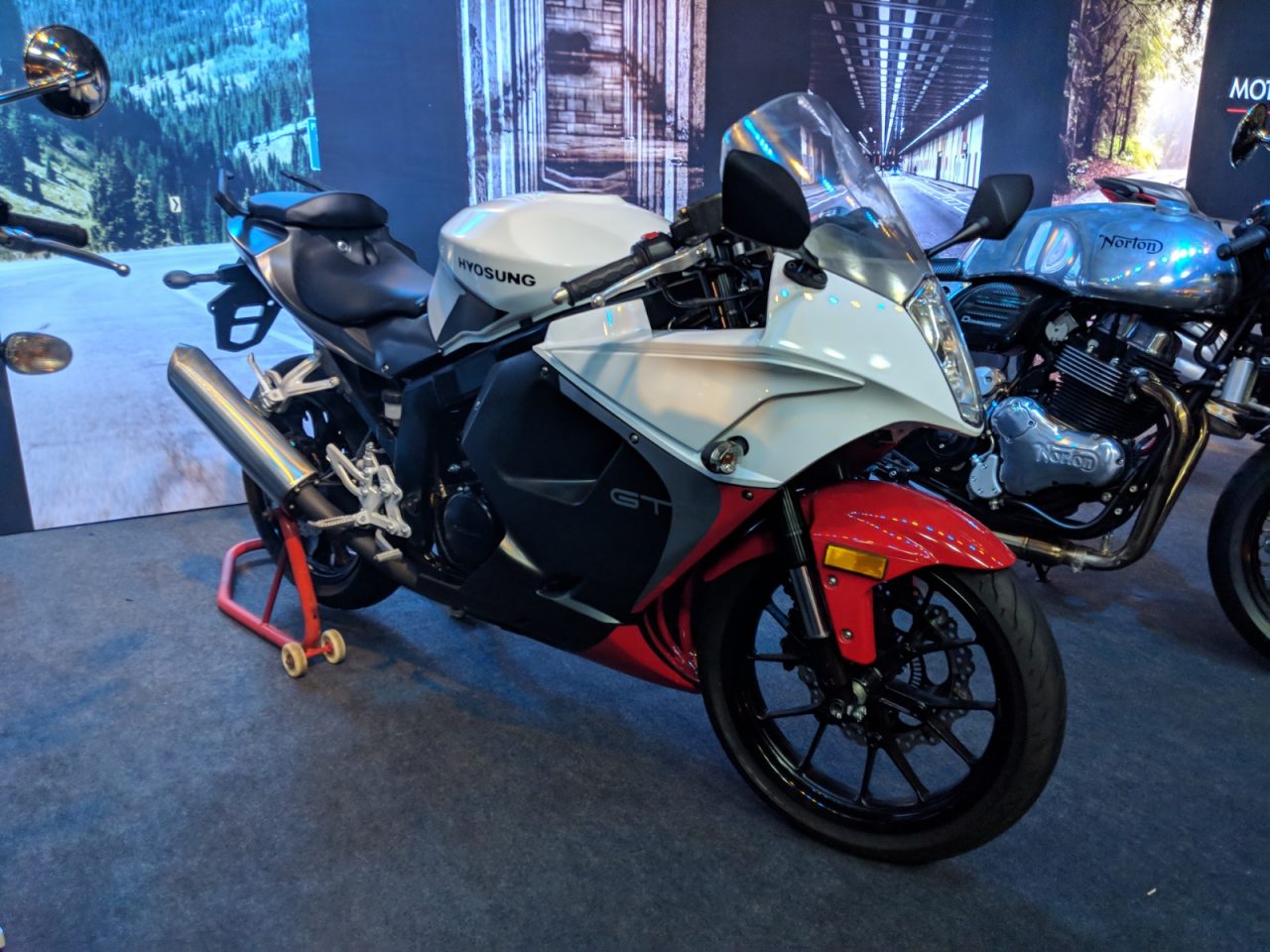 Amongst the new brands, Hyosung has made its re-entry in the market after the Korean brand parted ways with DSK earlier this year. The company launch two bikes, the GT 250 RC and the 650 Aquila Pro. The GT 250 RC is a fully-faired motorcycle powered by a 249cc, oil-cooled, V-twin motor paired to a 5-speed gearbox. Power output is rated at 28 bhp and 2.24 kgm. 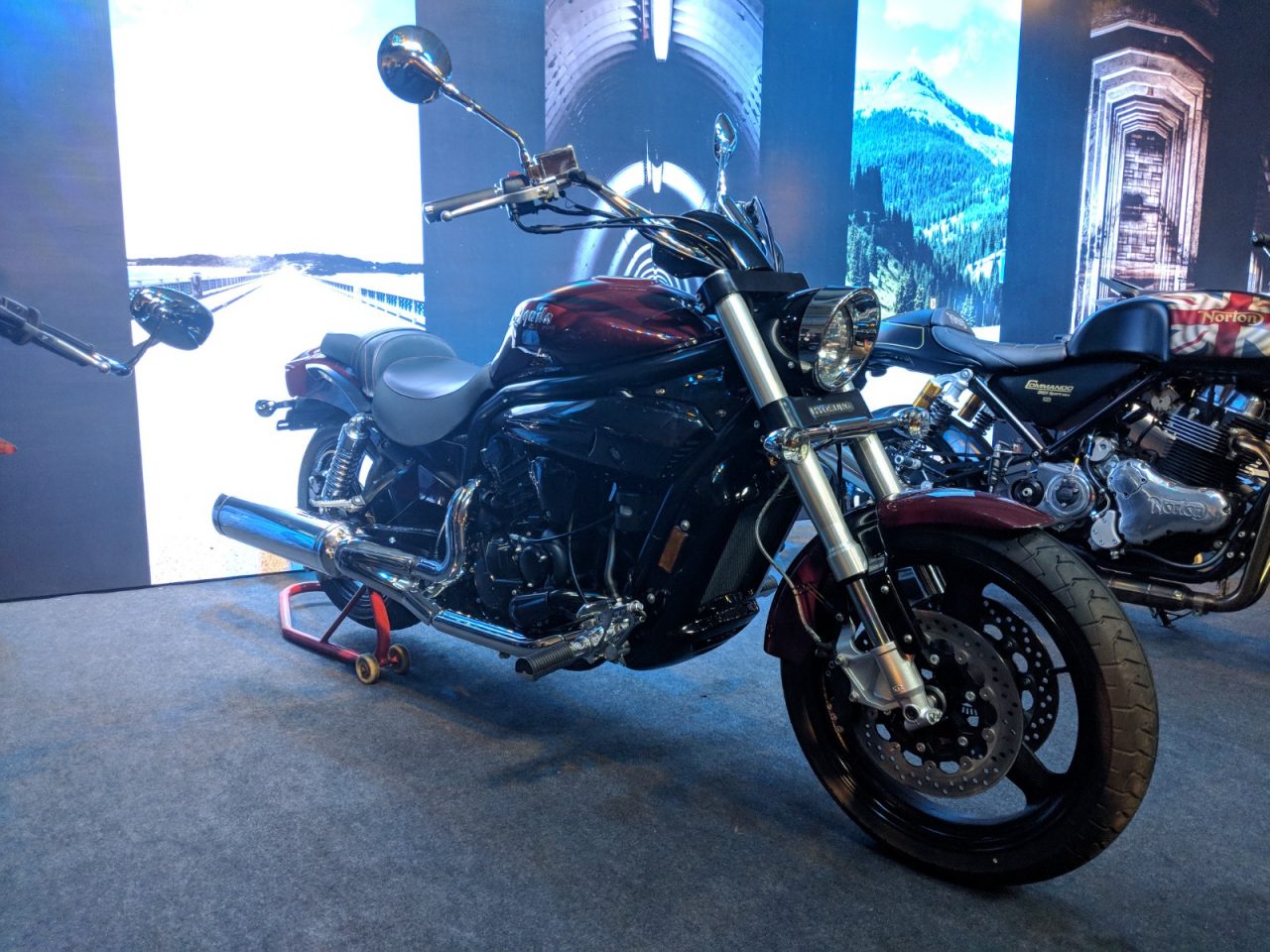 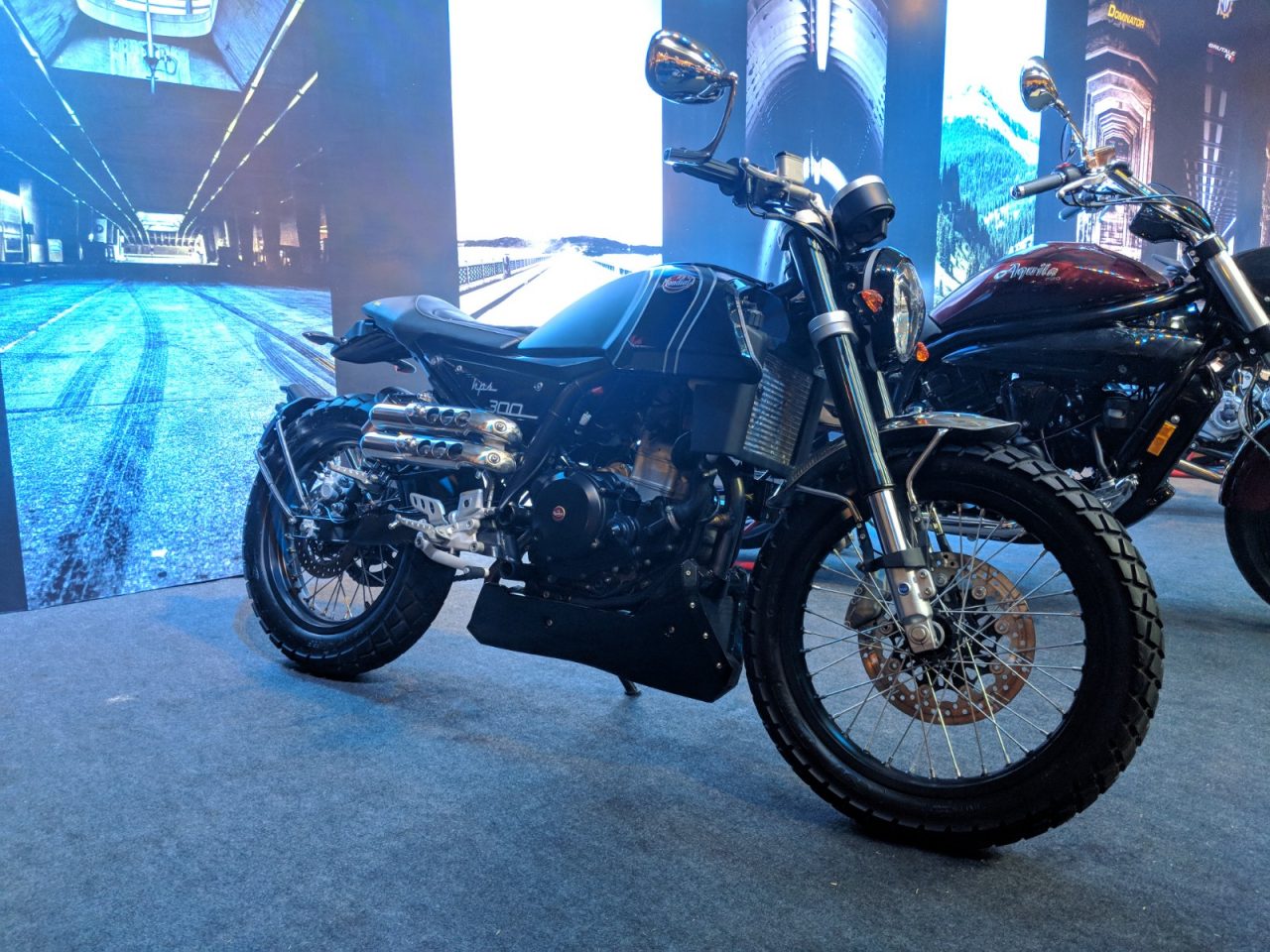 The next bike was the HPS 300, a modern retro motorcycle from FB Mondial. Priced at Rs 3.37 lakh (ex-showroom), it is powered by a Piaggio-sourced 249 cc liquid-cooled single-pot motor producing 25 bhp and 2.24 kgm. The engine comes paired to a 6-speed gearbox. The bike sports a café-racer-like stance complete with spoke wheels, bar-end mirrors and slashed mudguards. 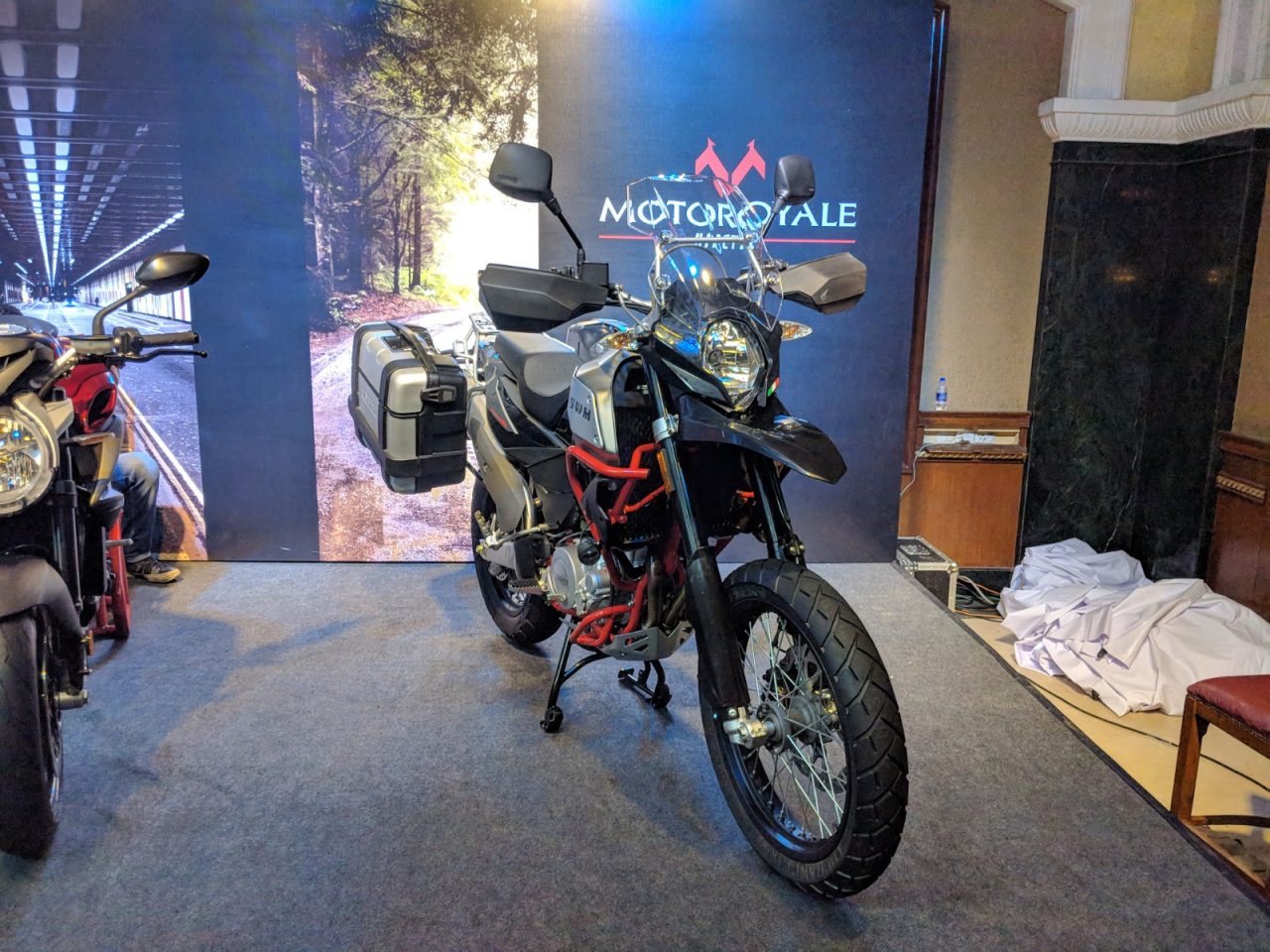 Completing the grand launch was the SuperDual 650, an adventure-touring bike from SWM. The bike is available in two variants: the SuperDual T Base (Rs 6.80 lakh) and the Super Dual T (Rs 7.30 lakh). It features a 600 cc single-cylinder motor producing 54 bhp and 5.45 kgm. Being an adventure-tourer, the SuperDual T is designed to be lightweight tipping the scale at 169 kg. It has a high ground clearance with upside down forks up front and a ZF mono shock at the rear offering lots of travel. For braking, it features a Brembo front and rear brake setup with switchable ABS. 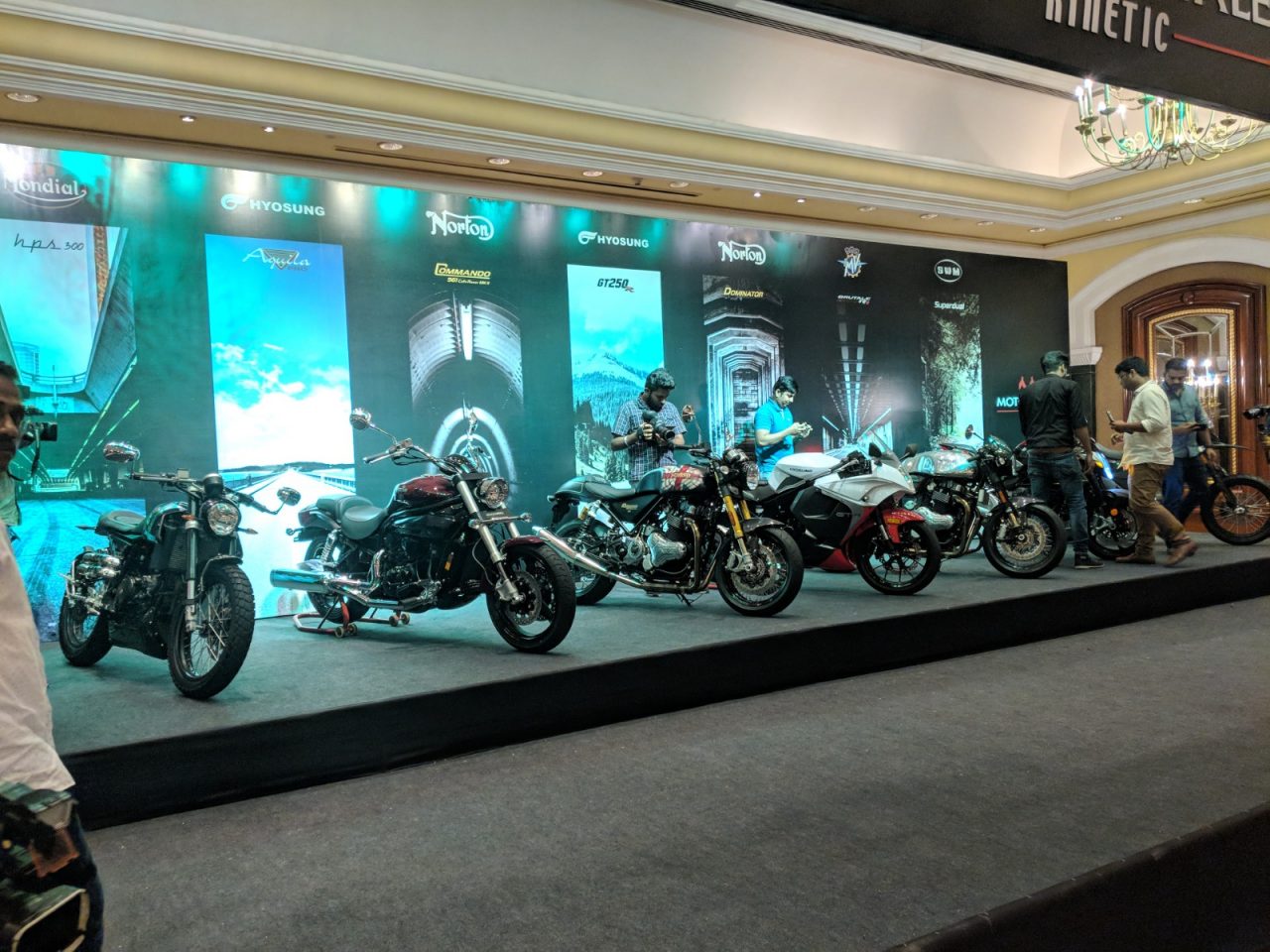 Motoroyale also announced the launch of six new outlets in India which will be set up under its first phase in Mumbai, Delhi, Hyderabad, Chennai, Cochin and Bangalore. The second phase will see the addition of 12 more outlets under the Motoroyale marquee in the following year.