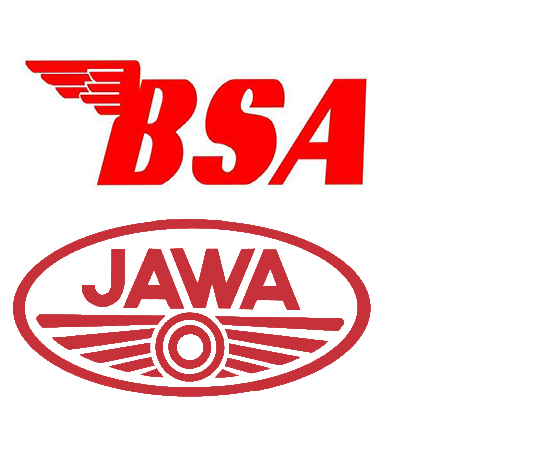 It seems as if someone at Mahindra is sitting with a list of defunct motorcycle manufacturers and shooting off emails to the top brass. A few days after Mahindra announced that they had acquired the British marque BSA, today we got to know that they added Jawa to their to their shopping cart too. You do not see the point as to why Mahindra would be interested in them? I don’t blame you, but they seem to have thought this through, and at a press conference today, they gave us some insights as to what they intend to do with them.

What needs to be made clear from the start is that whatever plans that they have in store for BSA and Jawa would be carried out independently and will not affect their present range of Mahindra two-wheelers, development work for those will carry on separately.

Taking a step back and looking at the bigger picture, what Mahindra has made clear, is that their focus for the future is going to at the premium end of the two-wheeler market. Therefore, they do not intend to spend any more money into their present range of scooters and small-capacity bikes, with the current iterations of those could be the last ones. They do, however, wish to expand on the Mojo range and has promised to release an adventure tourer within the next two years.

It is here, in this push for more premium products, where BSA and – to a lesser extent – Jawa fits in. All the respective rights for these two brands have been acquired by a separate arm, called Classic Legends, which is also going to act as a the brand umbrella for all the products born out of these two marques. Retro sells, and Mahindra knows it, and this is what they are trying to do with these two brands, banking on their history and vintage appeal to sell expensive bikes.

While Classic Legends has acquired the global rights to the BSA brand name, Jawa is not an outright buy. Surprisingly, Jawa was still making bikes till about two years ago! They had a factory around 50 km outside Prague, and there they made a couple of two-stroke and four-stroke bikes. Among them is a rather modern-looking dual sport called the Sportard 660, which was powered by an Italian-made four stroke single.

Jawas were also licence-made in India in Mysore, starting from 1960.  Mahindra’s purchase of Jawa though, does not have anything to do with their present infrastructure, except for the right to develop, build and sell Jawa branded bikes in India and some neighboring countries. So while we do not know whether these Mahindra-Jawas are going to be modern interpretations of the Jawas of old, what we do know is that they (rather obviously) will come with four-stroke engines and will be manufactured at the Mahindra plant in Pithampur.

Mahindra has grander plans for BSA. While they have acquired the global rights to the brand, they cannot sell BSAs in India, because of legal reasons. BSA was still making motorcycles well into the 70s, and that time they were a part of a conglomerate that also owned Norton and Triumph ( Norton-Villiers-Triumph). What finally killed NVT was the strikes and labour disputes which was England was beset with during that time. Factories closed down and the company was broken up in parts and sold off.

During their last few years, the BSA range consisted of Gold Stars and Thunderbolts and had even developed a Wankel engine which was power Nortons. The future Mahindra-BSAs, therefore, will occupy the top of the Classic Legends range, since these bikes will be developed for the developed markets.

The first products from the Classic Legends arm is expected to arrive by 2018, with Mahindra committing an investment of 250-300 crores in developing these bikes. Not surprisingly, Mahindra has also stated that they do not intend to launch of any of Peugeot scooters here in India.