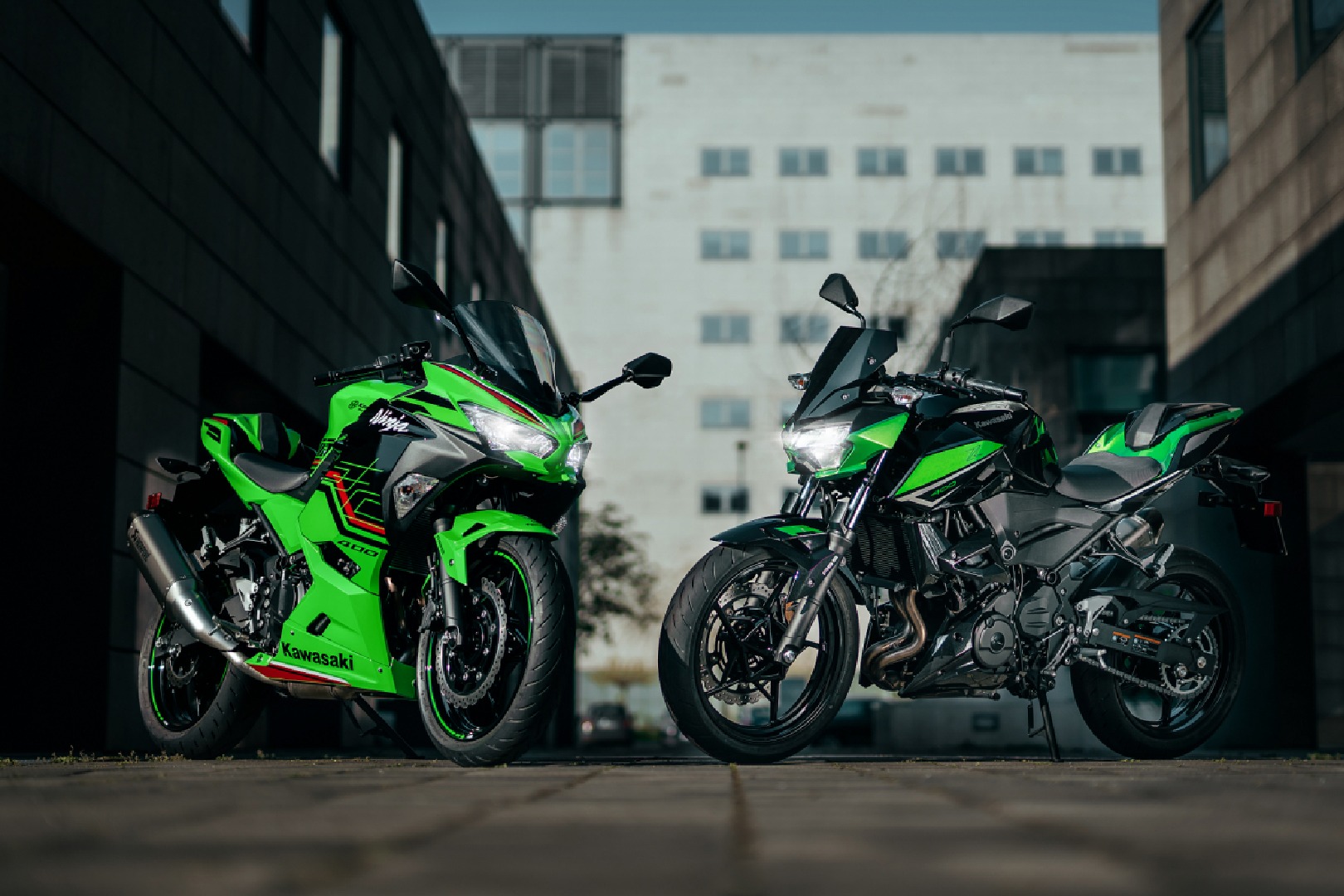 Kawasaki has just globally unveiled the new 2023 Ninja 400 and Z400. The former is a mid-capacity sports bike, while the latter is a naked streetfighter. The engines on both bikes are now Euro-5 and BS6 compliant. This means Kawasaki will probably relaunch the Ninja 400, which was discontinued in India due to stricter emission norms.

The Ninja 400 and Z400 are both powered by a 399 cc, liquid-cooled, parallel-twin engine. This engine makes 45 bhp and 3.7 kgm of torque and is mated to a six-speed gearbox. The performance figures are almost identical to the previous iteration, but for a minor dip in peak torque. This should be negligible, considering that there is no change in the kerb weight of both motorcycles.

The bodywork, trellis chassis, and suspension remain unchanged on both bikes. Except for new colours on both bikes, like the Ninja’s Kawasaki Racing Team livery and a 20 per cent lighter slip-assist clutch, all else remains the same.

Both the bikes get a 41 mm telescopic fork and a preload-adjustable mono-shock suspension setup. The bikes also get a 310 mm petal disc at the front and a 220 mm disc at the rear with dual-channel ABS to cater to the braking needs.

While consumers in the Indian market eagerly wait for a launch, it will probably keep up the trend of being exorbitantly priced. Stay tuned for more updates.