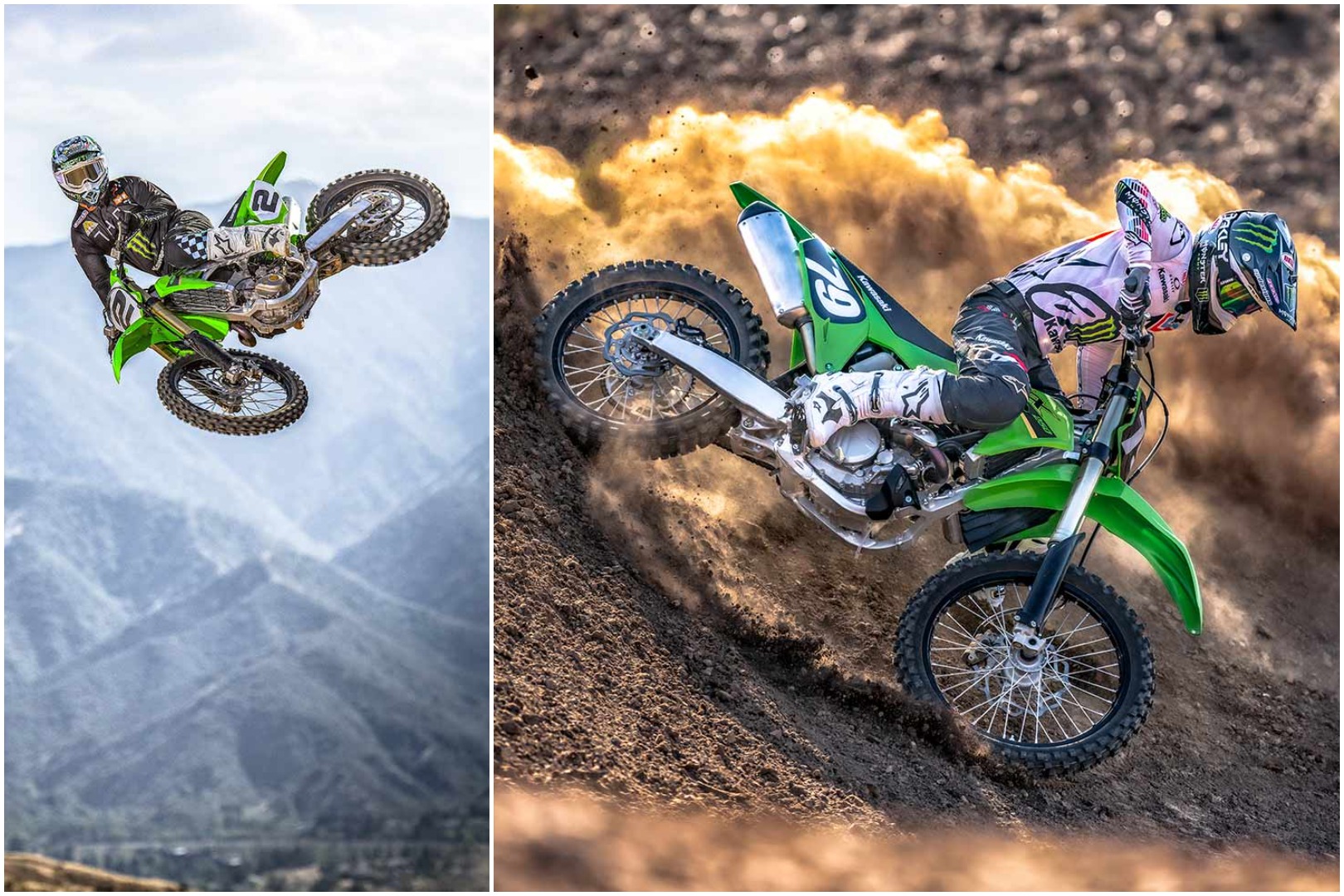 Kawasaki’s got a fix for all you motocross lovers. It’s launched not one but two dirt bikes, the KX250 and the KX450. The former is priced at Rs 7.99 lakh and the latter carries a sticker price of Rs 8.59 lakh (all prices ex-showroom). But if you can’t convince your mind to break the bank for these then there’s an alternative. You can opt for the 2017 KX100 for Rs 4.87 lakh (ex-showroom), and it’s been a while now that Kawasaki has been selling the two-stroke dirt bike.

Both the dirt bikes have a similar design style except for the minor changes here and there. Now, these updated dirt bikes feature a revised lightweight aluminium frame, improved ergonomics, redesigned fuel tank, slimmer shrouds and a flat seat. They even come with ERGO FIT adjustable handlebar combined with repositioned footpegs. Also, the handlebar on them is equipped with a Renthal aluminium Fatbar. The suspension is retuned for a race-ready setup. Other important additions like electric start, launch control and three map choices also make their way on these dirt bikes.

The KX250 features a 249cc single-cylinder liquid-cooled engine and the KX450 is powered by a 449cc single-cylinder liquid-cooled engine. Kawasaki hasn’t really mentioned the power output figures for them, but it claims that the new-gen KX250 has a 1.4 bhp bump over its previous gen. What we do know is that the KX250 tips the scale 107 kg, while the KX450 weighs 110 kg. As much as we think it would be so cool to ride in your neighbourhood, but we hate to break it to you that these machines aren’t road legal. But, you might want to set your eyes on a Hero MotoCorp Xpulse or an Impulse.