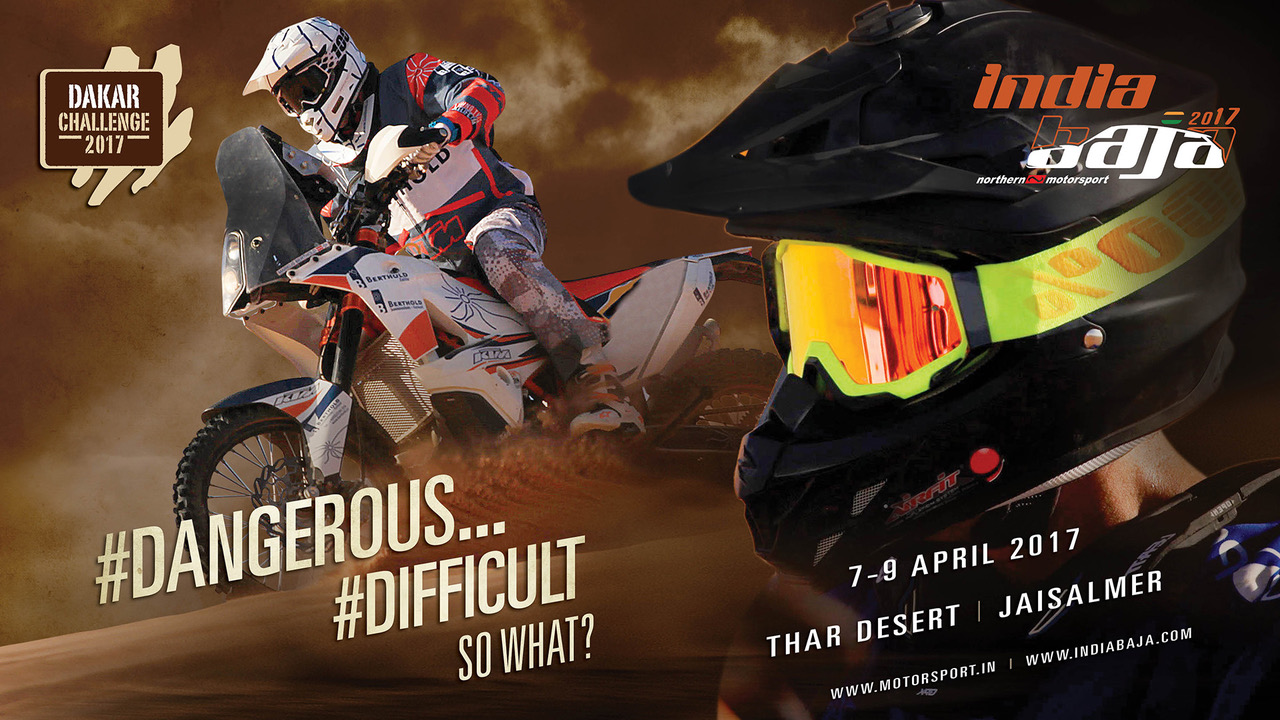 Dakar is the apex of off-road endurance rallying, and safe to say, it’s toughest of its kind in the world, too. The Indian participation is on the rise now — with manufacturers and Indian racers taking part — which is certainly a good thing. But whether there is a domestic event that can put India closer to Dakar, many still wonder. Wonder no more, as Norther Motorsports has tied up with Amaury Sport Organisation to organise Dakar Challenge — a feeder to the challenging, hugely exciting Dakar Rally we just spoke about. And it’s going to happen in India.

India Baja, which was founded last year, will now be a Dakar Challenge. It will be organised between April 7 and 9, in Jaisalmer, Rajasthan. Above 70 entries are said to be made, with top riders from Hero and TVS (both of which were present at this year’s Dakar Rally) having confirmed their presence. This will be the second edition of India Baja, and with a total distance of about 430 km, in the desert where temperatures will average in the 40s for the most part of the day, it will be quite a taster of the Dakar.

Commenting on the tie-up, Raj Kapoor, Founder of Northern Motorsports, said, “It is a matter of great pride and honour for Northern Motorsports to be associated with ASO, a pioneer in organising premium global sporting events including the Dakar Rally, the numero uno in cross-country rallying in the world. We look forward to leveraging their experience and expertise to take motorsport to new heights in the country. Our dream of firmly establishing India on the global motorsport map takes a huge step forward with this association.”