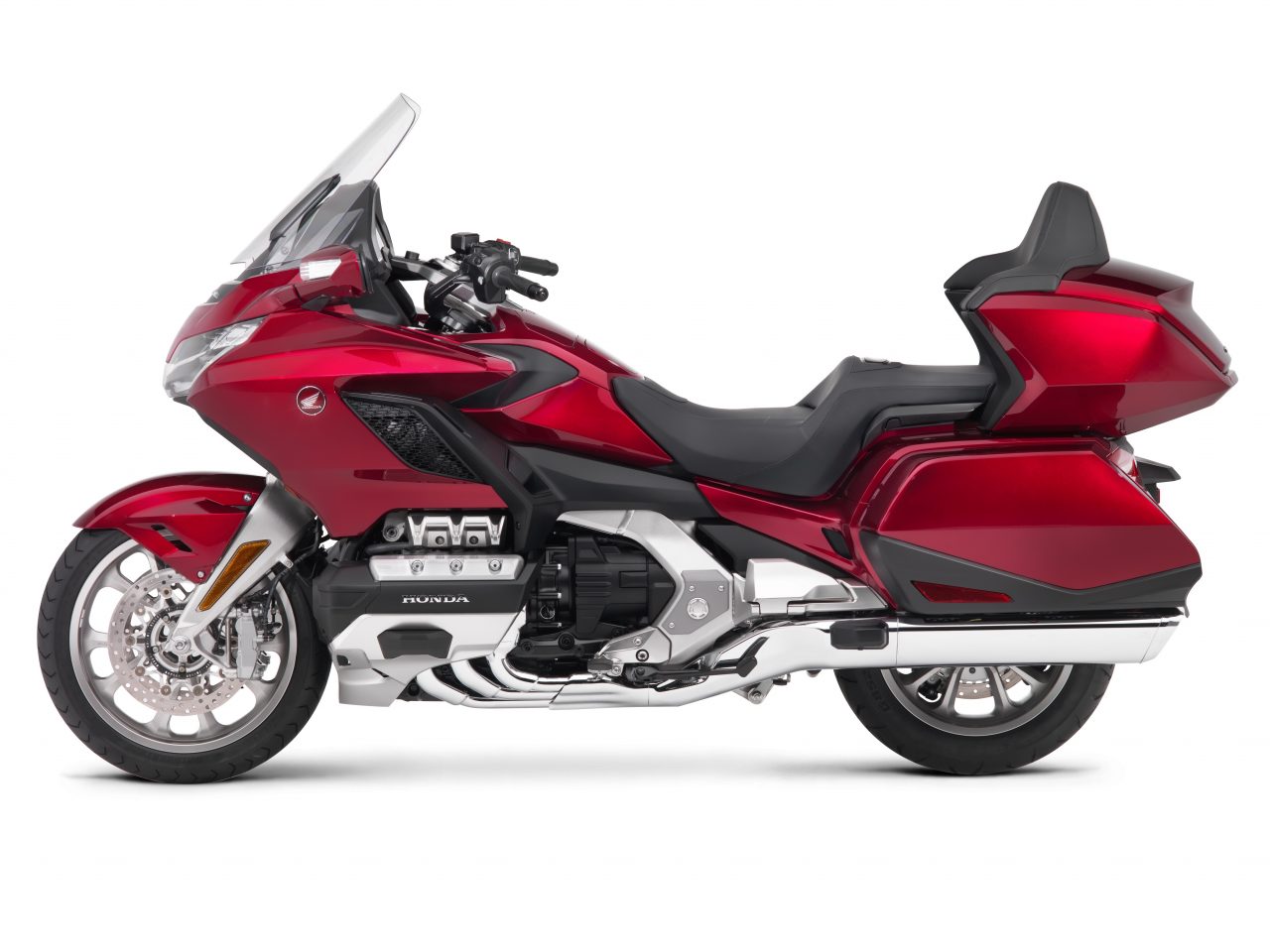 Honda 2Wheelers India has commenced the deliveries of its flagship tourer the 2018 Honda Gold Wing in India. The motorcycle was first showcased during the 2017 Tokyo Motor Show followed by its Indian debut during the 2018 Auto Expo in February. The first motorcycle was delivered today at an event organised by the company for the customer in Jaipur, Rajasthan. The motorcycle has been priced at Rs 26.85 lakh ex-showroom, Delhi, and is available exclusively in Candy Ardent Red shade.

Currently, in its seventh generation, the 2018 Gold Wing is much more compact than its predecessor and is more capable when it comes to long hours of riding. It is powered by a 1,833cc flat-six engine which is smaller in size than the previous generation unit and comes with an option of a 7-speed DCT gearbox with an additional gear for reverse. The flagship tourer is available in two versions, the standard model which is more of a ‘bagger’ and comes with a short windshield and no electronic suspension adjustments. On the other hand, the top-spec Gold Wing Tour comes with all the goodies and an additional trunk which integrates with the passenger backrest and armrests. The 2018 Gold Wing is the first motorcycle in the world to feature Apple CarPlay connectivity allowing the rider to control maps, music and more on the 7-inch LED screen.

Senior Vice President – Sales and Marketing, Honda Motorcycle and Scooter India Yadvinder Singh Guleria said, “2018 Gold Wing was the showstopper of Honda 2Wheelers India Auto Expo pavilion. After receiving an overwhelming response and over 35 bookings, we are pleased to announce the first delivery of the 2018 Gold Wing. The revolutionary model is fully loaded with features including Apple CarPlay, first on any motorcycle in the world, which can be accessed on the swanky new 7-inch TFT display.”