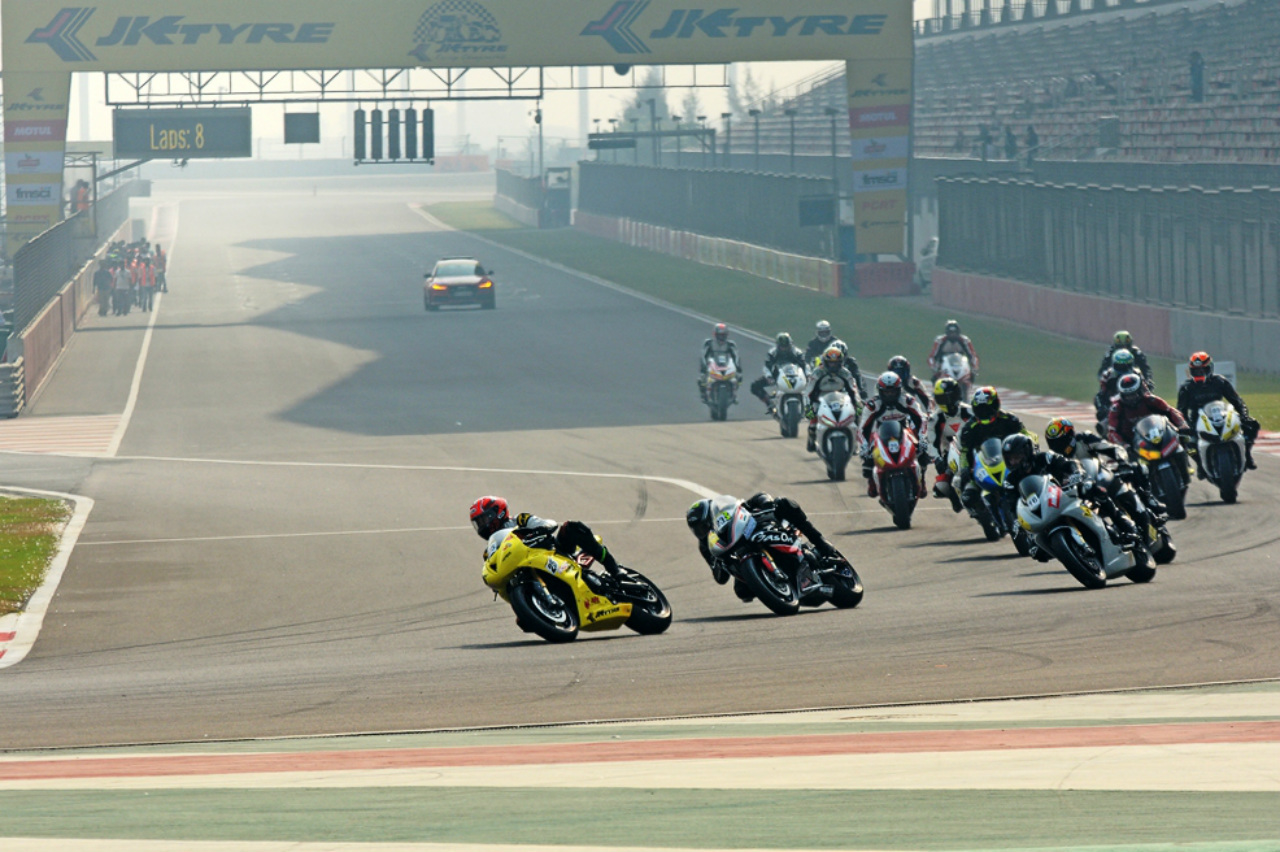 The 19th JK Tyre FMSCI National Racing Championship drew to a dramatic close over two days of racing in the 3rd week of November at the Buddh International Circuit in Noida. Over 10,000 fans showed to watch the weekends proceedings as Anindith Reddy stormed to a convincing championship in the Euro JK 16 category. Starting with a 11-point lead in the final race, he had sealed his victory already (ala Marc Marquez) with a race to spare, but that didn’t stop him clocking the fastest lap of the day at 2:01.411 minutes. Ananth Shanmugham and Nayan Chaterjee took second and third places respectively.

Over in the LGB4 category, Vishnu Prasad, who had been dominating all season, wrapped up his championship victory with a race to spare too. The Chennai lad, who won last year’s Vento Cup, started the final race with a 19-point lead and laughed his way past the chequered flag.

The 600cc class saw some serious competition too, with a three-way battle between Gurvinder Singh, Vijay Singh and Deepak Ravikumar battling it out for top honours, on their Triumph Daytonas. Deepak eventually took the championship finishing second and first over two closely fought races.

Besides the racing, the crowd were also treated to live music shows, stunts by Terry Grant, supercars and lots of burnouts. But the race everyone waited for was the 1000cc class, which had its own set of drama. Simranjeet Singh went into the final race leading the championship on his Yamaha R1, but was nursing a shoulder strain, which gave Sandesh P the advantage he needed to oust him and take the title. Rajni Krishnan sadly had to drop out after just 3 laps due to mechanical issues, but still managed to post the fastest lap of the day of 1:58.065 in lap one itself.

With the last tarmac races on the calendar now done with, it’s a period of rest (or further training?) for the participants before resuming next year. With interest in motorsports steadily rising, expect to see stiffer competition, and more competitors on the grid for 2017. That has to be a good thing right?