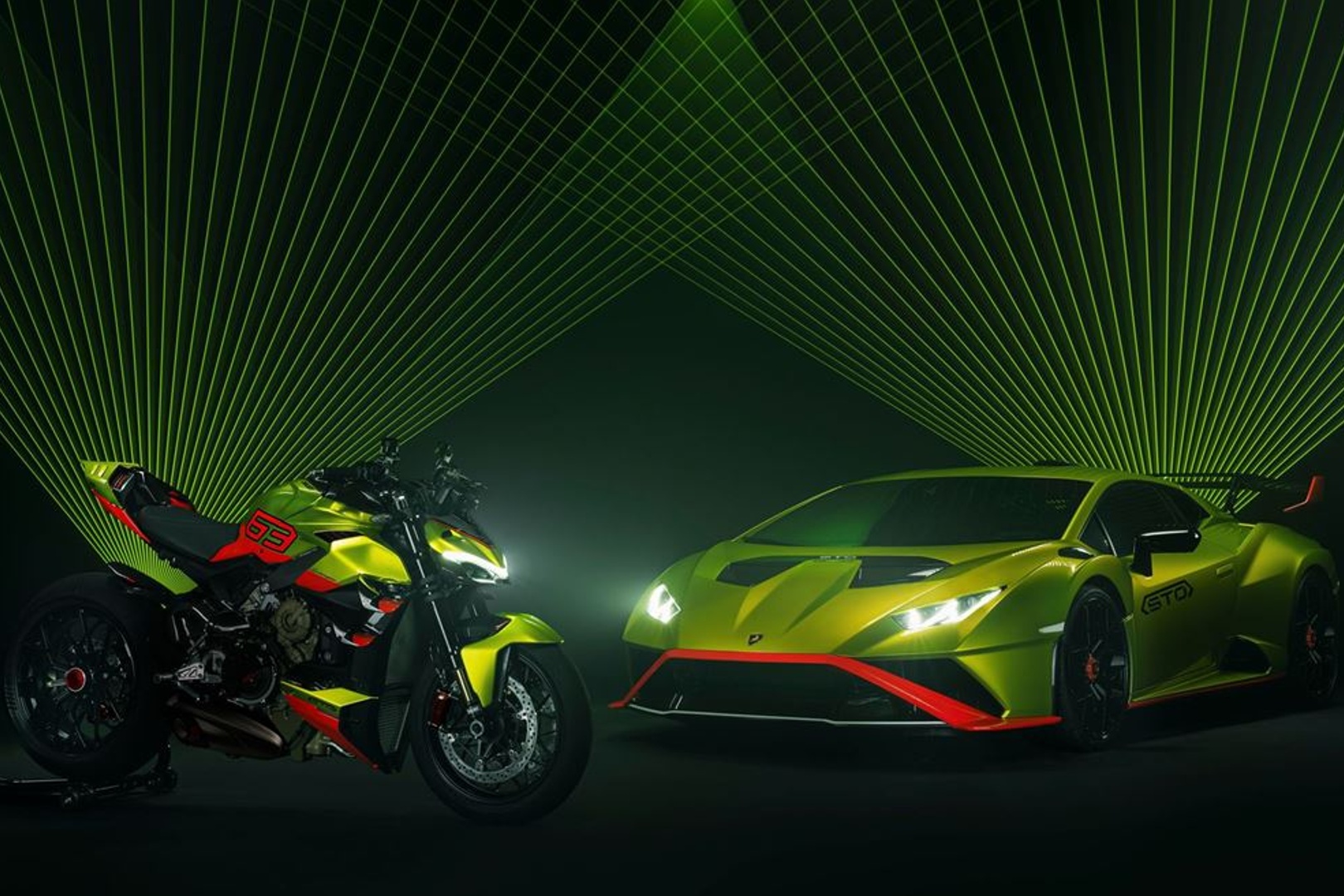 Ducati has revealed the new Streetfighter V4 Lamborghini, inspired by the Huracán STO super sports car. It was unveiled to the public at the San Marino Grand Prix at the Misano World Circuit Marco Simoncelli. The bike is the result of the second collaborative project between the two brands, ambassadors of Made in Italy, which in 2020 gave birth to the Ducati Diavel 1260 Lamborghini, inspired by the Sián. 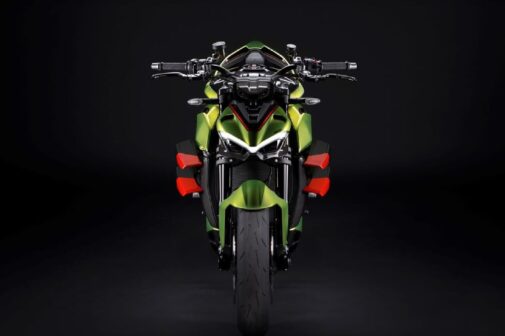 The bike is limited to a numbered series of 630 units and reinterprets style cues of the Lamborghini Huracán STO. This is done by integrating technical and stylistic elements typical of Lamborghini  DNA, including the exclusive green and orange livery. It features specially-made forged wheels enhanced by a titanium clamping nut on the rear. The toe cap, radiator cover, wings, tank cover and tail are all made of the same carbon fibre used for the super sports cars from Sant’Agata Bolognese. 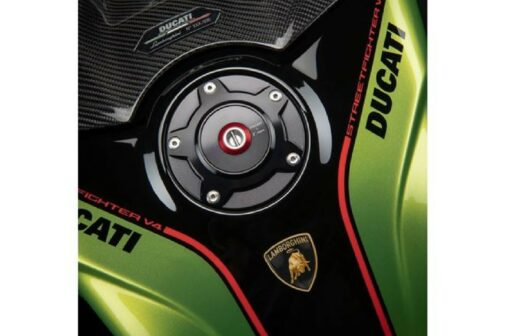 The livery features the STO logo and the number 63, referring to the year in which Lamborghini was founded. The 630 units to be produced by Ducati will each be accompanied by a certificate of authenticity. The model name and the progressive number are shown on a metal plate inserted in the central tank cover and an aluminium insert on the ignition key. 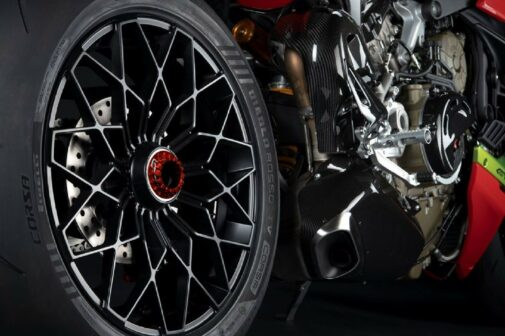 There are also grille extractors and air intakes on the tank cover, toe cap and tailpiece that explicitly echo the Huracán STO’s rear brake cooling ducts; the vents on the car’s front fenders; and the hood extraction vents. The Ducati Streetfighter V4 Lamborghini is powered by the 1103 cc Desmosedici Stradale engine producing 205 bhp with a dry clutch, as on the Ducati MotoGP models.