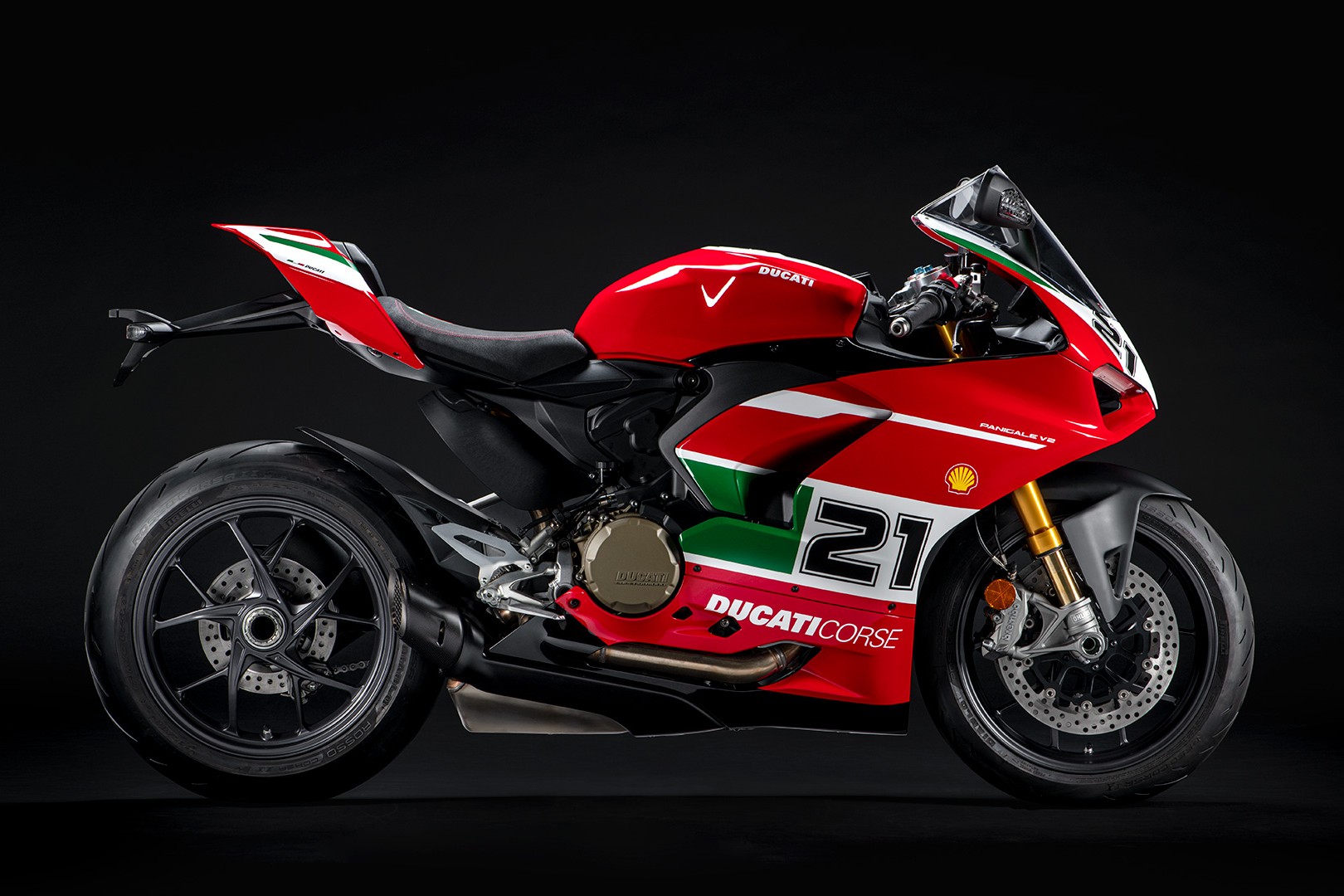 Troy Bayliss needs no introduction in these circles, and to celebrate the first of the legendary Aussie’s three WSBK championship wins, Ducati has unveiled the Panigale V2 Bayliss 1st Championship 20th Anniversary (phew). 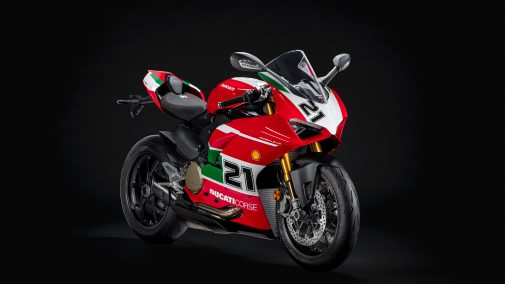 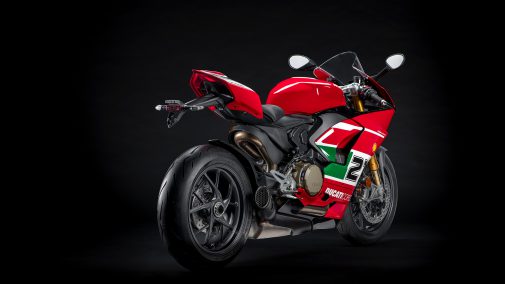 The Bayliss special has livery that is a throwback to the 996 R on which Bayliss snagged his first world title. The red, white and green are very Italian-flag as well as very Ducati, and Bayliss’ number 21 is emblazoned on it, along with his autograph on the tank. The triple clamp displays the model’s progressive numbering. 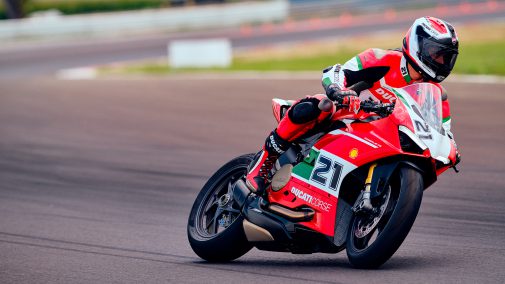 Trick bits include Ohlins NX30 forks, a TTX36 rear shocker and a steering damper. By using a lithium ion battery and a single seat, Ducati was able to shave 3 kg off the standard bike’s weight. Also on offer are an optional passenger seat and footrests (for when you want to scare someone to death, no doubt), plus sports grips, red stitching on the seat and a carbon/titanium can cover. 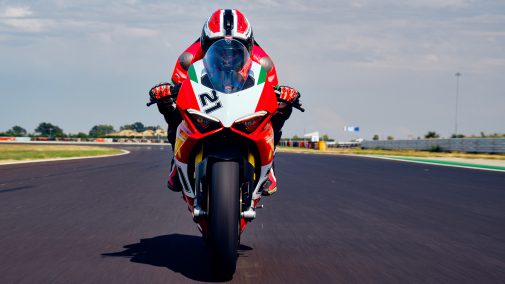 There are no changes to the engine, so the powerplant is Ducati’s 955cc twin with 153 bhp and 10.6 kgm. Electronics include wheelie control (because of course), traction control, cornering ABS and Race, Sport and Street riding modes. You also get a bi-directional quickshifter. We don’t have any details about a possible India launch, but we wouldn’t be surprised if a few units are made available here.