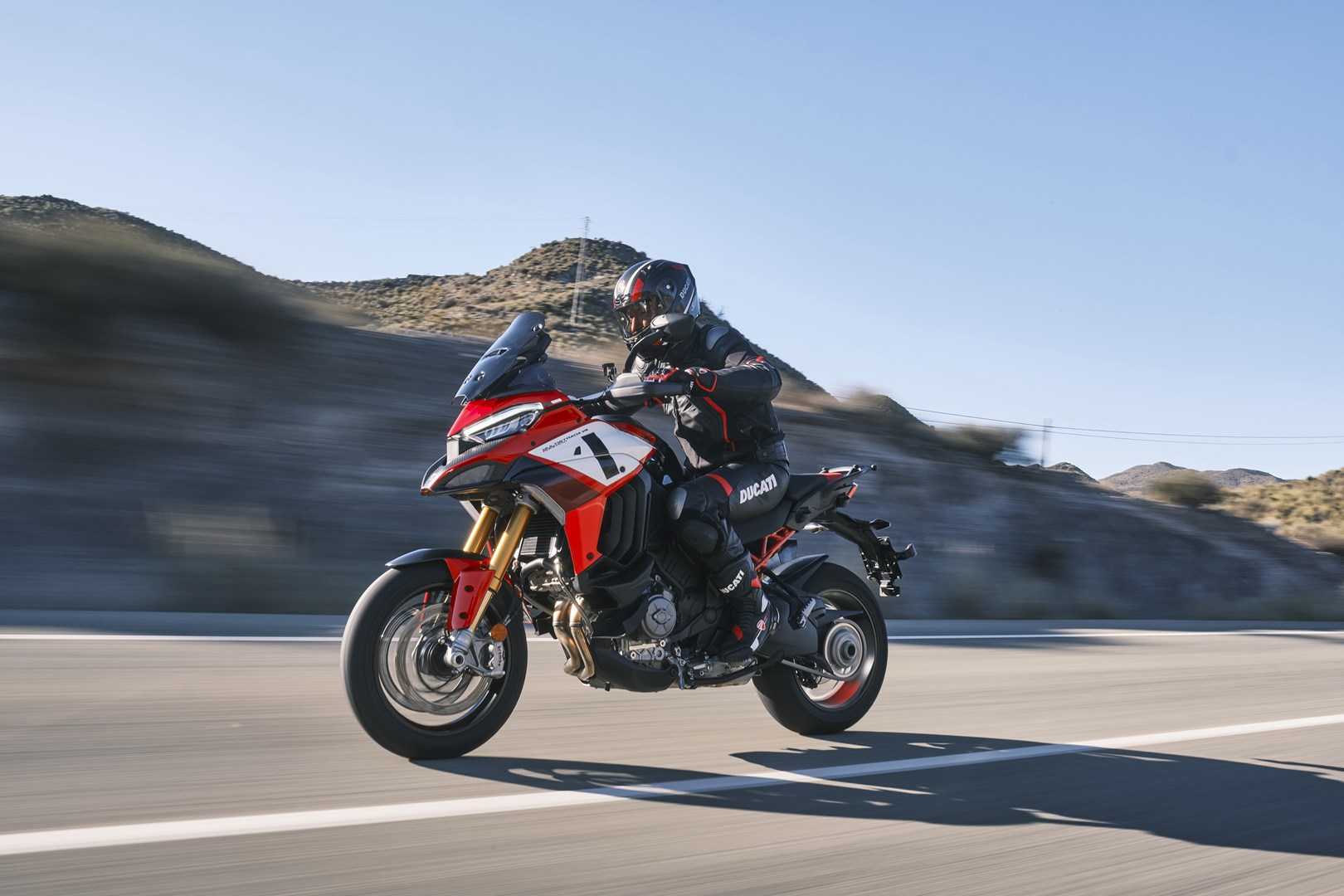 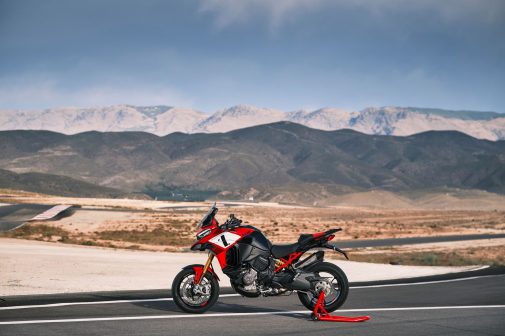 A lot has happened since Ducati last won with the Multistrada V4 at the Hill Climb. Speaking of the Pikes Peak version, it comes equipped with lighter 17-inch forged aluminium wheels, while the rear wheel’s mounted to a single-sided swingarm. Plus, the ergonomics are sportier and it now comes equipped with the same suspension as seen on the Panigale V4 S and the Streetfighter V4 S. We’re talking about the dedicated Ohlins Smart EC 2.0 suspension here. More bits like the Akrapovic titanium and carbon exhaust sheds the Multistrada V4’s weight further. Of course, your ears will also be in for a treat with that thing fitted. 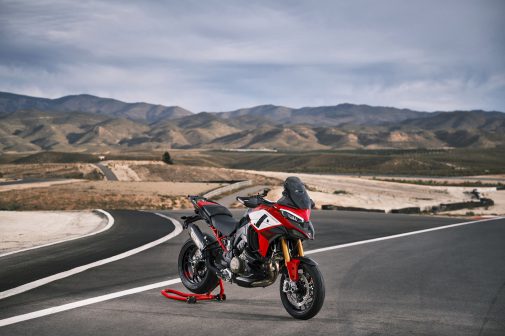 The 1160cc V4 Granturismo engine has no changes whatsoever. It still delivers a decent 168 bhp and a punchy 12.7 kgm of torque. Also, the electronics package is similar to the other Multistrada V4s, but the Pikes Peak edition gets a Race Riding mode as an addition, which replaces the dirt-focused Enduro mode. This Race Riding mode is set to offer direct throttle response and sets ABS to level 2. Furthermore, it has more tech features like radar-based adaptive cruise control and blind spot detection, vehicle hold control, a 6.5-inch TFT display, to name a few. 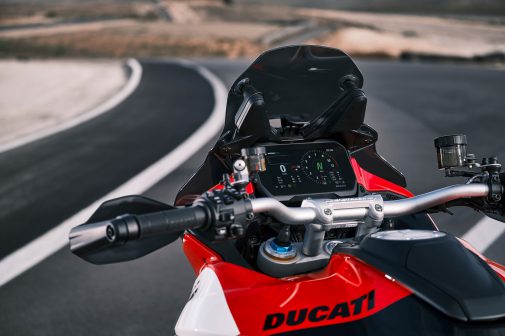 Oh, what fun it would be to ride this on winding mountain roads. We should definitely get this one here!