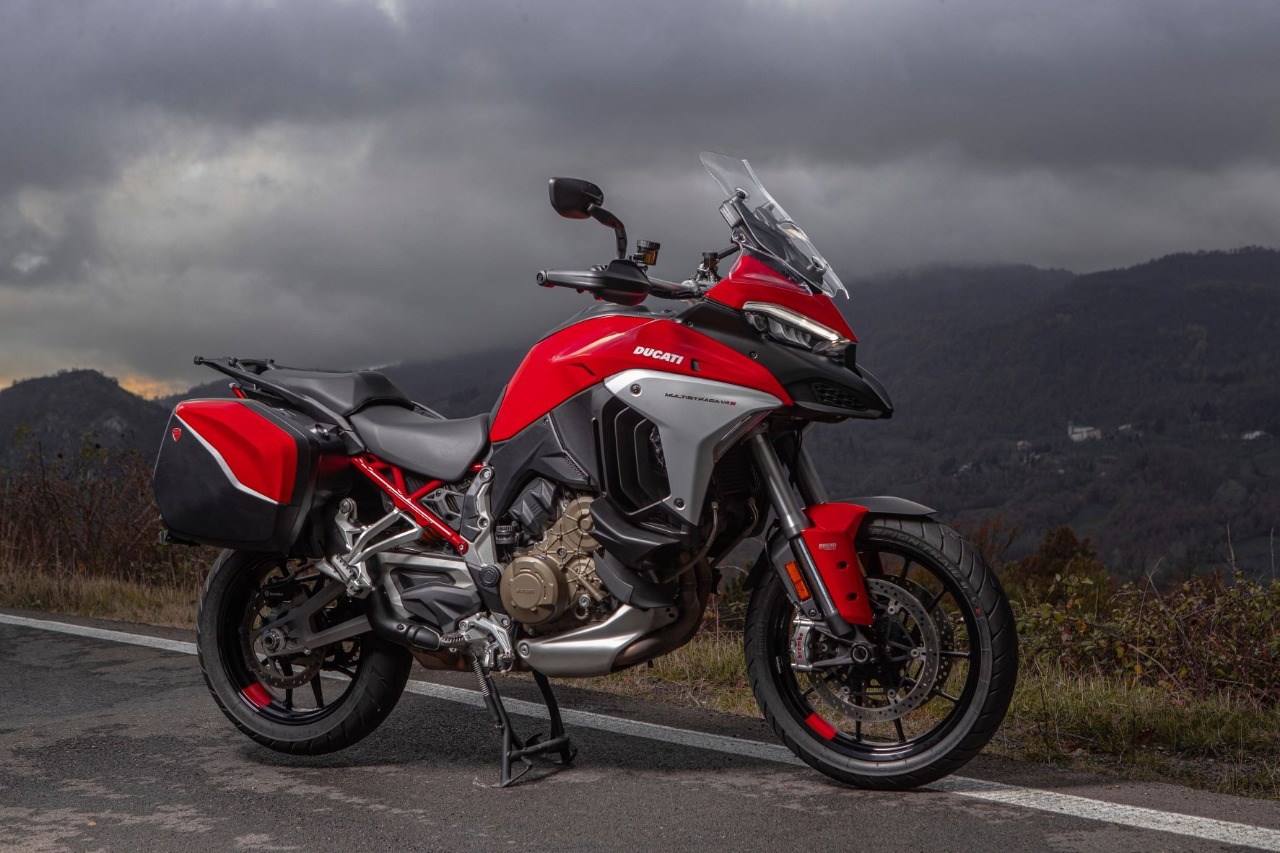 The name Multistrada is not new in Ducati’s books. It was back in 2003 when the Italian bike maker had introduced a motorcycle that was a mix between a supermoto and a sport-tourer. While it didn’t gain traction back then, four generations later, the all-new Multistrada V4 is what could be considered Ducati’s pinnacle of building a motorcycle to tour on different terrains and cover distances at astonishing speeds. Ducati has launched the latest Multistrada V4 in the country and it is available in two variants. The standard V4 has been priced at Rs 18.99 lakh, while the top-spec V4 S fetches a sticker price of Rs 23.10 lakh (both ex-showroom, Pan-India), respectively. 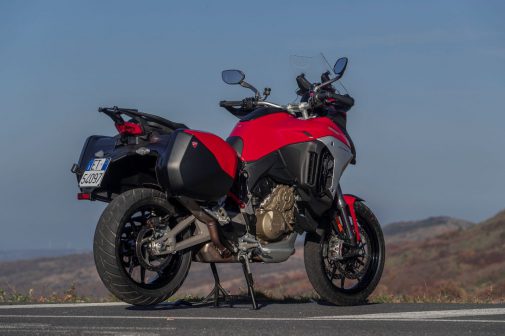 According to Ducati, the Multistrada V4 has been built from the ground up and will serve as a benchmark for the brand’s family of adventure tourer bikes of now and the future. Successor to the previous model, the Multistrada V4 has been reimagined to achieve new goals the manufacturer has set. Starting with the heart of the machine, the Multistrada V4 marks the transition from the V-twin arrangement to the V4 configuration. The modern generation 1103cc 90-degree V4 motor is the same that does duty on the Panigale V4 and Streetfighter V4. The same motor has been re-tuned to deliver smooth and gradual delivery of power at low revs with a linear torque curve. The power figures stand at 172 bhp and 12.76 kgm of peak torque delivered to the six-speed gearbox via a self-servo wet slipper clutch. Furthermore, the gearbox has been designed specifically for the kind of riding that will be involved on the Multistrada V4. The first gear is short for excellent manoeuvring at extremely low speeds, uphill starts and off-road sections. The top gear (sixth) is tall and adequately designed to tackle long highway travel. 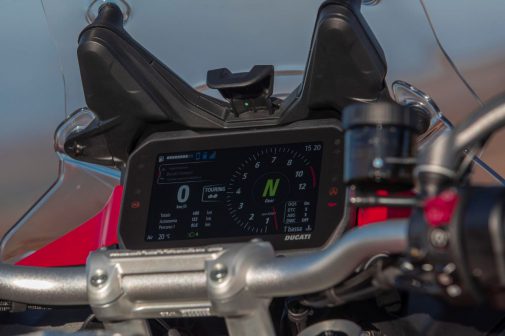 The list of features that are available on the Multistrada V4 are too many and exhaustive. There’s rear cylinder bank deactivation, adaptive cruise control, blind-spot detection and for the very first time on a production motorcycle, a radar based rider-assistance system, that will be offered only with the V4 S. Other features include multiple riding modes, a 5-inch colour TFT display (V4 S gets a 6.5-inch unit) packed with access to setting up the bike, sophisticated IMU that manages the operation of cornering ABS, wheelie control and traction control. What you also get is a full-LED lighting system with cornering lights, hill-control function, Ducati’s Skyhook Suspension and bi-directional quickshifter for seamless gearshifts. 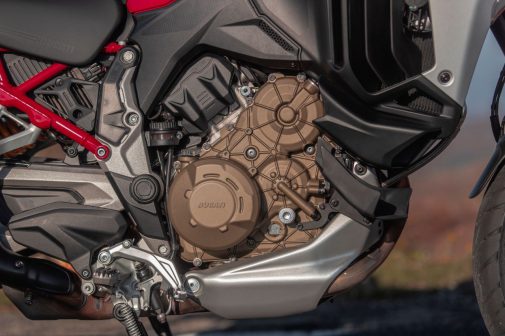 Ducati will be offering the Multistrada V4 in Ducati Red with cast wheels, while the V4 S apart from the Ducati Red will also be offered in Aviator Grey shade. The company has commenced accepting booking for its flagship Sports-tourer now across all dealerships in the country.