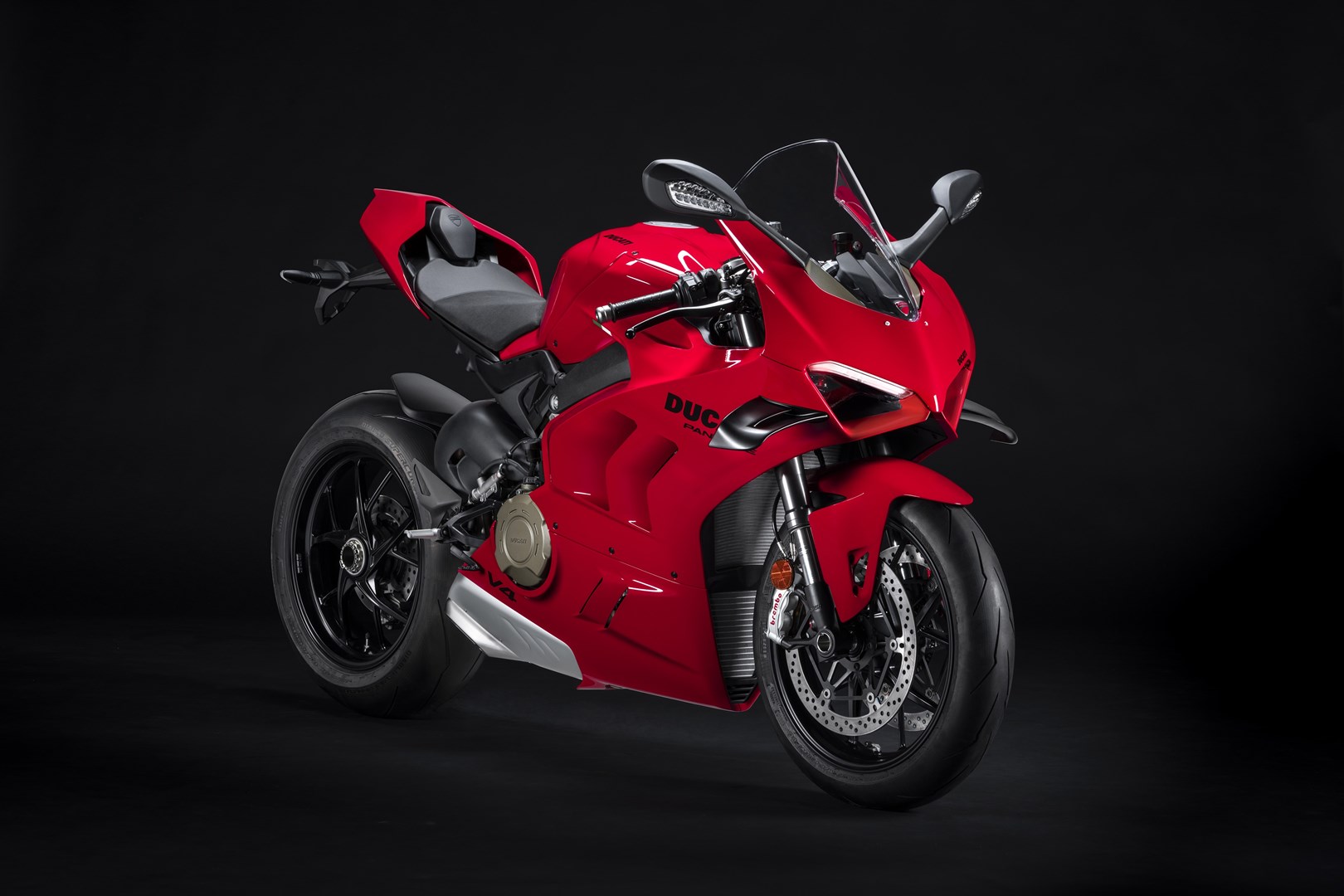 The Panigale V4 just keeps getting better every year. This time, for us mere mortals, Ducati’s made it easier to swing a leg over one. Don’t get us wrong, the Panigale V4 is still a beast on the track, getting a slight bump of 1.5 bhp in its peak power, the 1103cc V4 engine now packs 212 bhp@13000 rpm. Not only this but the gearing has also been altered to make it more docile around the low-speed corners. Oh, yes, the top speed has increased by 5 kph. Ducati’s being a little naughty by not revealing the top speed number.

Speaking of the gearing ratios, the first, second and sixth gear now have taller gearing. Plus, the updated engine gets a revised electronics system that now offers four engine modes: Full, High, Medium and Low. If you want to pack in that belter of a lap, Ducati suggests keeping it in Full as it offers the sportiest setting. It’ll turn that damn thing into a red missile by giving it full unrestricted power in all gears except first gear. Whereas the docile option is obviously the Low engine mode, this is where the engine cranks the power delivery to 150 bhp with a much softer throttle feel. That’s best if you’re just cruising around in the city. On the ergonomics front, Ducati has made the Panigale V4’s seat flatter and tweaked its tank, too.

We’re not really fans of the new wings on the Panigale V4, but Ducati says that it will have no effect on the downforce, but only helps in making it an efficient package. Also, the tweaked fairing now helps in providing better cooling air towards the engine. Other equipment like the addition of new Ohlins NPX 25/30 semi-active forks which have 5-mm more travel and soft springs to absorb bumps on a rough road.

On the tech side of things, the dashboard is revamped with the addition of a new MotoGP layout called ‘Track Evo’. Everything on the dash is now clear as it displays the tacho in a horizontal position at the top and the current gear takes centre stage. It will take some time for the Panigale V4 to come here, but we’re already waiting for Ducati to send us that track day invite to test ride one.