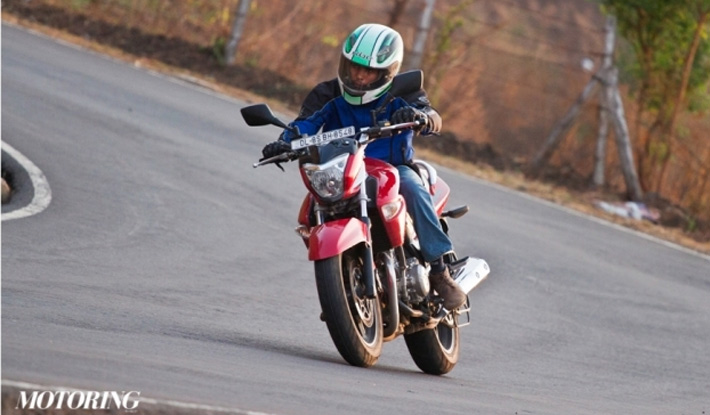 We’re finally moving up! Powerful naked streetfighters have been identified as the way forward, and India has been slow to realise this global trend, but it’s adapting quickly. The KTM 390 Duke was the first of its kind (apart from the 200 Duke, of course) and slowly, but steadily, the competition is catching up. Or trying to, at least.

Today, apart from the KTM 390 Duke, you can have either the Suzuki Inazuma 250 or the fresh-off-the-line Kawasaki Z250. Yamaha, too, is rumoured to be getting its 250/300 supersports to India, but that won’t arrive until 2015 and Honda will be the last to join the bandwagon, choosing to hang on to its CBR 250R until then.

Here are the crucial specs of the 3 motorcycles listed above:
MOTODATA
KTM 390 Duke

How fast is it?
390 Duke: In this group, the 390 Duke is fastest. It accelerates tremendously quick – thank the 44 bhp output figure for that – and given enough room and a light rider, it will show you a neat 170 kph on the speedo. The gearing is well spaced-out (taller, in other words, especially in comparison to its 200 sibling) and it’s a rewarding motorcycle to ride very fast.

Inazuma: The Inazuma is the least powerful in this group and so, naturally, is the slowest. However, thanks to its parallel-twin setup, it’s pretty relaxed when doing high speeds. It can show you in the region of 135 kph, at which point it’s pretty much out of breath but at 120 kph, it’s very unstressed. It’s not a streetfighter so much as it is a long-legged tourer. Likeable, in that sense.

Z250: We haven’t ridden it yet, but going by what the Ninja 250 (on which it is based) is capable of, the Z250 is bound to be fast, but not fast enough to outdo the KTM 390 Duke. Expect a top-speed in the region of 150 kph thanks to the amply-powered motor that has a fetish for very high revs. It won’t have the meaty mid-range of the KTM but will be a bit more easy-going over long distances.

How does it handle?
390 Duke: Again, the 390 Duke is perhaps the best of the lot. The super-sharp trellis frame, USD forks, a low kerb weight and sticky Metzeler tyres all work in the 390’s favour and the result is a motorcycle that loves being thrown around into and out of corners. The steering response is sharp, aggressive and it’s a demanding motorcycle to ride – great fun in the twisties, but you’ve got to be fully committed.

Inazuma: The Inazuma is the heaviest of the trio and given its more relaxed stance, is nowhere as aggressive as the KTM. The riding position is more upright and although it does offer an overall well-specced list of cycle parts, it doesn’t come through as an overall lively package. Best for a sit-back-and-relax kind of ride up the gentle curves of a hill. Kneedowns? Look elsewhere!

Z250: The Kawasaki Ninja 250 was a very neutral motorcycle in corners – easy to push, easy to adapt to. It would thus be safe to assume that the Z250 will benefit from it and will be fun to ride hard around corners. It is perhaps going to be less demanding in terms of input – unlike the 390 Duke – and while it also has the power/weight disadvantage, it’s going to be an easy overall package.

How’s it for touring?
390 Duke: If you’re idea of touring is darting across to your destination like a thunderbolt, the 390 will keep you happy for miles on end. While the engine is happiest doing high speeds, there are a few things you need to watch out for. First up is the stiff suspension which is great for cornering but not-so-good for bad roads. Next, the space on offer. The 390 is pretty compact and if you strap a lot of luggage on, it leaves you with virtually no room to move around. Can get uncomfy over a very long ride. Then again, you could just travel light…

Inazuma: Pretty much perfect. The Inazuma is big, comfy, with good suspension and a nice seat. The engine is in its natural environment when not being pushed too much, and overall, its long-legged stance comes through right from the onset. You will feel its lack of grunt if your touring cycle involves 1000km stints, but mostly, it’s good enough for the job.

Z250: We’re not sure how a 11,000 rpm motorcycle is expected to be a good tourer, but going by what the Ninja 250 was like, the Z250 may be somewhat nice thanks to its upright riding position. No comments on the suspension or comfort (not until we ride it), but let’s just say it would be nice to say the KTM (which has had it easy so far) face some serious competition.

Clearly, the KTM 390 Duke has topped pretty much all of the crucial deciding factors. It’s faster, more agile, better equipped and looks cool, too! Best of all, it redefines the term value-for-money, and how! Then again, not everyone aspires a 44 bhp single-cylinder motorcycle so the Kawasaki Z250 might be a good alternative for that lot. The Inazuma, too, is a nice motorcycle to live with except that it lacks the edge when viewed in comparison. So, the 390 Duke wins hands down, but do check out all three to see which one suits your riding style best.