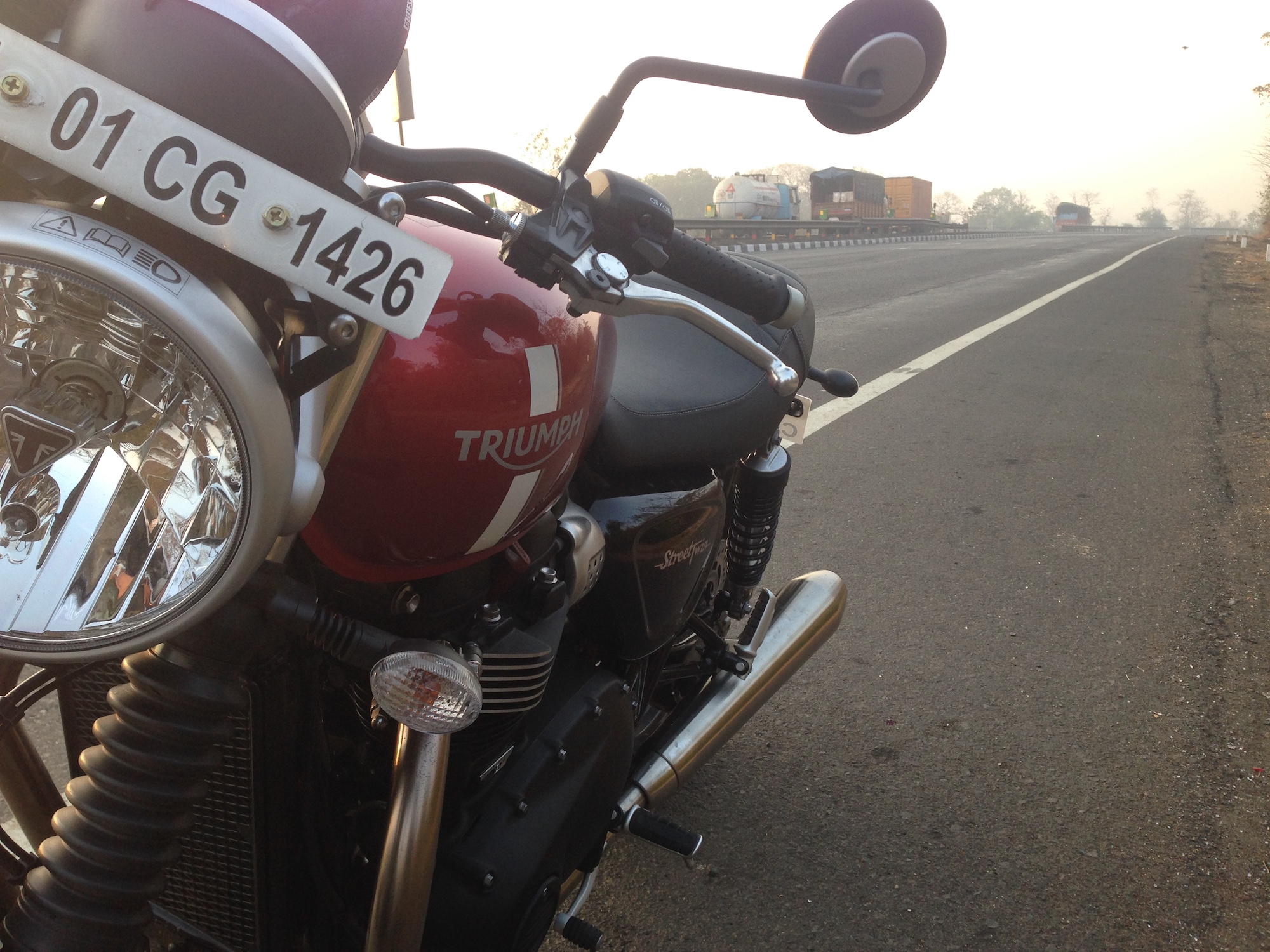 The life cycle of a biker, and what he/she lusts after is broken up into a couple of phases. When you are old enough to ride, legally that is, you will settle for absolutely anything with two wheels. Everything from your sister’s Scooty Pep+ to a Yamaha FZ-16 would more than satisfy you. Then as you get you get older (and your blood gets hotter), you start lusting after the flashy and fast bikes; it starts with fully-faired sport bikes, progressing to street nakeds. Eventually you realise you’ve flirted enough with death, and just want a relaxed cruiser to tour your ass off. And then you reach the final stage of a biker’s life, which tends to last longest — the ADV stage. Here, you will live with every flaw of a bike, so long as it has long travel suspension and an upright riding position, as that is all you need now to stay happy.

Me? I started off with a Yamaha FZ-16, then a Duke 200 and a Duke 390. I spent so much time on the wrong side of 100 kph, with so much adrenalin in my veins, that I reached a point where I desired something that didn’t have me on edge all along. I had stopped taking offence to people overtaking me, I didn’t feel compelled to prove the size of my manhood through wheelies and I didn’t view traffic signals as a countdown to a drag race. Don’t get me wrong, I still love me some good old fashioned speed and a howling engine, but for 90 per cent of my riding, I wanted a relaxed machine.

I am not a huge fan of Harleys; I feel they have a bit more ‘character’ than I desire. Plus the macho-tattoo-weilding image they attract is not exactly my cup of tea. I didn’t like the old 865cc Bonneville either; it felt rickety and heavy — both at the same time, surprisingly. But then the Street Twin came along, and here I stand today, a proud owner.

My very first order of business was to get the run-in period done with, which I managed in 2 days via a ride to Baroda and back, much to the amusement of the service team. On hindsight, it was a terrible ride, as this was just as the summer kicked off. But this wasn’t to be my only foolish decision that summer. Excited as only a new bike can make you, two weeks later I took a friend, Kheizar, and decided to ride to Goa via NH-17. The plan was to leave super early, and reach Goa by afternoon and avoid the full blast of the heat. But as is the nature of such plans, it failed. We got woefully lost, spent an hour getting back on track, and Kheizar’s enfield was in a miserable condition. So by 12pm, Chiplun was as far as we got, which is about halfway. It was 42 degrees.

While the rest of the trip is unimportant, there was one major learning, besides never taking a friend who rents an Enfield. The stock Street Twin’s seat is pretty terrible, and I’ve spent the last six months trying to better it. Up to about a 100 km, it is perfect, which is why you’ll never notice it for the most part. But anything more and you start losing sensation. I went and got an inch of foam added, but that didn’t help. I then ordered a DIY gel pad from Saddleman, and got it retrofit. While both made the seats really soft, I still ended every ride with a sore posterior. Then I did what I should’ve done earlier – studied seats I found comfortable. In the recent past, two saddles stood out- the RE Himalayan and the TVS Apache RTR 200. And while they had varying levels of foam, and shape, the one thing that was common was they were wide at the front end. The Street Twin’s is not. And thus my epiphany – that it was all slightly simple science (and a bum that lacks tone). You see, with a narrow front, body weight is distributed over a smaller patch, thus putting more stress on individual points. With a broader front end, not only is this avoided, but a portion of your thighs take the weight too.

So I need to broaden the front end somehow — the seat’s, that is. Triumph’s bench seat is an option, but Rs 17,000 seems a bit ridiculous. There are folks who have retrofit the T120 seat, too, which is specifically broader and cushier, but that’s a massive Rs 23,000. I’m thinking of layering the sides with some foam, to broaden it and see if that helps. I know there is an Indonesian company called JP Vintage who have started making aftermarket seats, but it’s all in Indonesia. And unless I try it, I’m likely to remain skeptical about quality control, so that’s a dead end. For now, at least.

It’s strange that this is what I have been doing with my big bike. I’d expected to be lusting after new exhausts, LED lights, touring windscreens and saddlebags. But nope. All I want is a good seat. Is that a testament to how perfectly sorted out a bike the Triumph Street Twin is, that a seat is all I want? Or is the seat such a big setback that I just can’t think of anything else?

Do you guys have a better solution? Come on, help a fellow biker out!