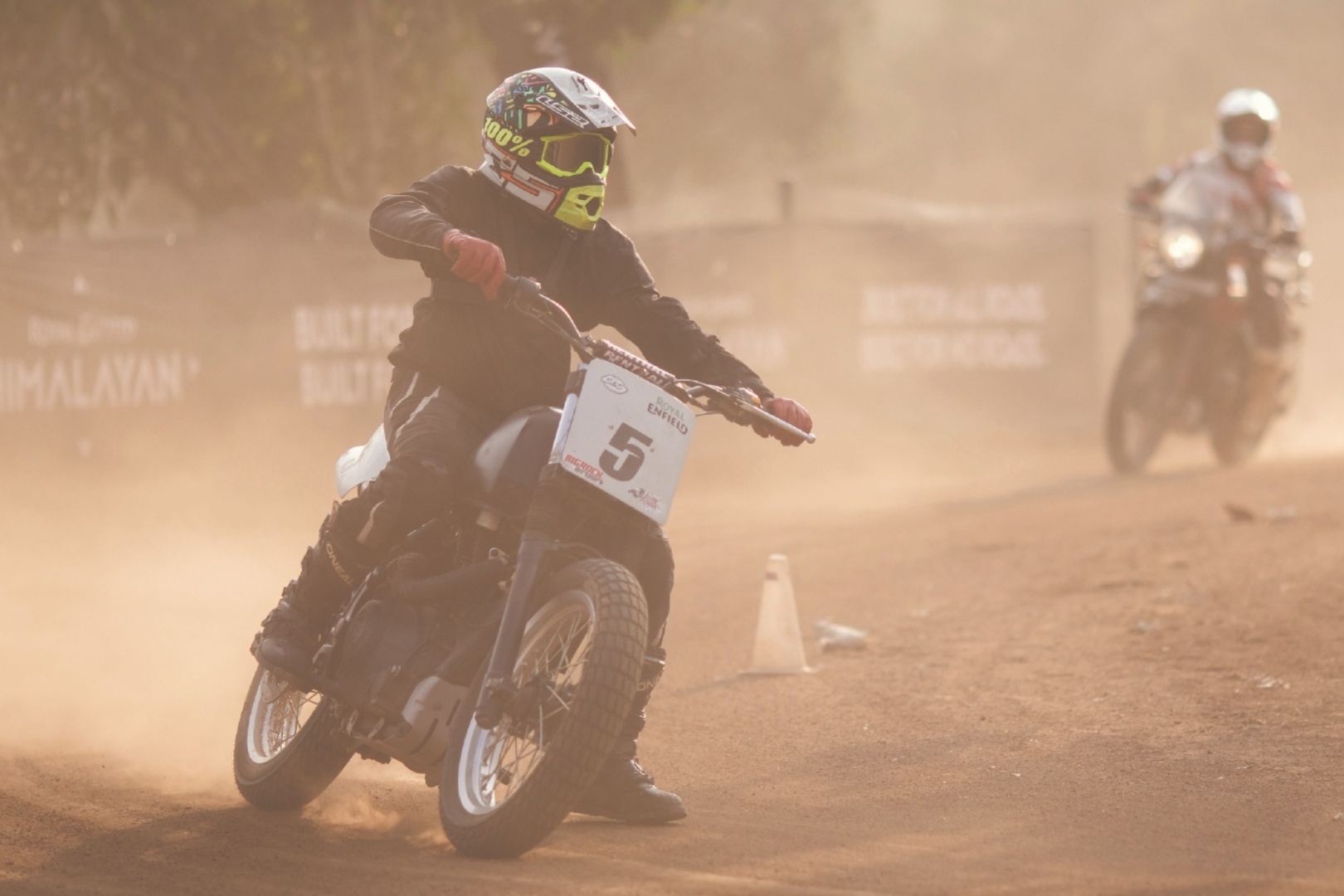 As motorcyclists, grip is one element that’s easily the most important. What you do on a motorcycle depends solely on the amount of grip that’s present between the tyres and the ground. It’s like a gauge which tells you how much you can open the throttle, lean the bike, or brake, without upsetting the balance of the machine.

But, then again, we’ve seen MotoGP and supermoto races where riders deliberately overpower grip to slide their motorcycles. This tactic, when seen closely, actually allows them to get around corners faster and also safer. Quite hard to believe in the beginning, but it actually works. Which brings up the question, where did this tactic of sliding come from? Two words — flat track. 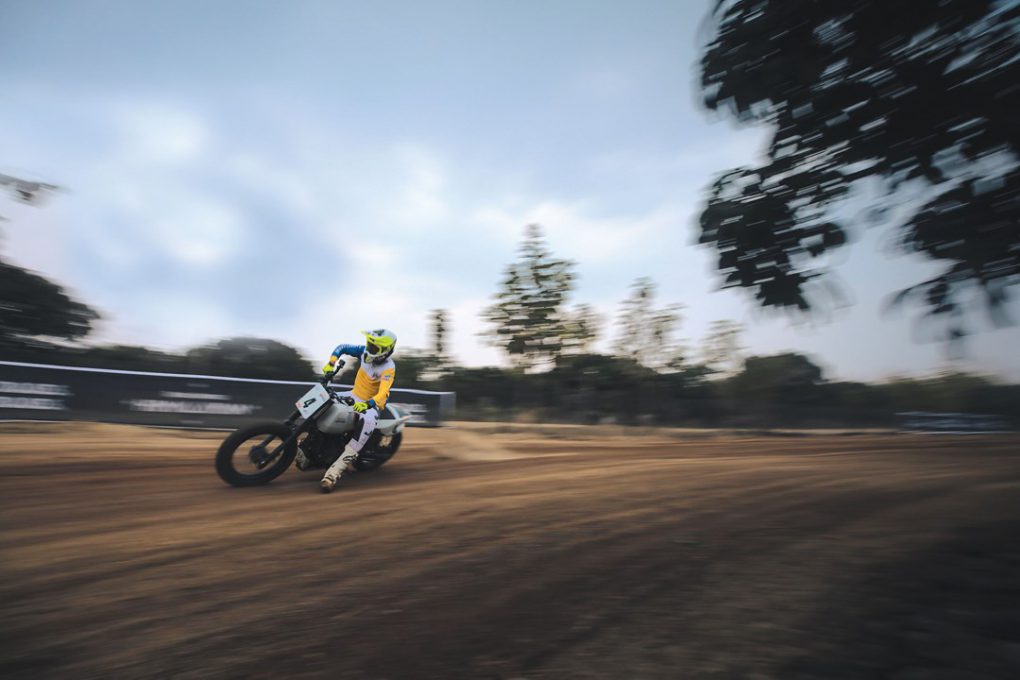 If you’re new to this term, flat-track racing dates back to as early as the 1900s, originating on American soil. In fact, it’s where all forms of motorcycle racing can be traced to. Famous MotoGP riders like Kenny Roberts, Casey Stoner, the late Nicky Hayden and Marc Marquez, all are excellent examples of how flat tracking gave them an edge over other riders on their grids.

I, like most people, have been riding motorcycles mostly on paved roads; dirt is not an environment I am familiar with. Just my luck, Royal Enfield invited us to Big Rock Dirt Park, located in the outskirts of Bengaluru, for the first edition of the Slide School. Our chief instructor for the day was Johnny Lewis, whom RE had managed to get down from the USA. Lewis is a professional flat track and supermoto racer. He’s the founder of a flat-track training facility in Florida that goes by the name of Moto Anatomy. It is popular amongst several flat-track racing professionals not only for the facility itself, but also for Lewis’s perseverance to teach along with his arsenal of flat-track techniques.

Now, the general form of riding a motorcycle involves the rider leaning into the corner with the required steering input. Be it the street or the track, the theory remains the same. But over here, Lewis wanted us to do the exact opposite. When flat tracking, the bike needs to lean into the corner — but the rider leans to the outside of the corner. To make it simpler, the outer edge of the seat has to be wedged where the sun don’t shine. And while doing that, the inner arm needs to be stretched out and the outer arm bent, which allows the bike to slide through the corner. If all that wasn’t enough, the left leg is to be dragged through the dirt for the entire length of the corner as an outrigger and to kick the bike back up should you lose the front.

The next thing to deal with was the motorcycle itself. Why? Well, it had no front brake because that’s how flat track bikes are. The in-house custom team at Royal Enfield in collaboration with S&S Cycles had designed and developed the FT 411 that is based on the Himalayan. While the frame and suspension had undergone very few modifications, the tail and seat had been designed to suit flat-track racing. The S&S exhaust was mounted high, and all road-use parts had been removed, the headlight replaced by a number plate up front. Furthermore, the 21-inch/19-inch wheel sizes of the stock bike were replaced with 18-inch spoked wheels shod with block-tread rubber.

After a thorough classroom session on the dos and don’ts of flat track, it was time to put the Slide School crash course into action. Lewis took us around the course for a track walk to understand the ideal line and the reference points to brake, downshift, steer and throttle. Each batch had some riders going around the oval track, while the others watched them closely to pick up the good and bad bits of their riding so as to discuss at the end of the drill. This allows guiding your buddy while having a visual reference of what was taught earlier. 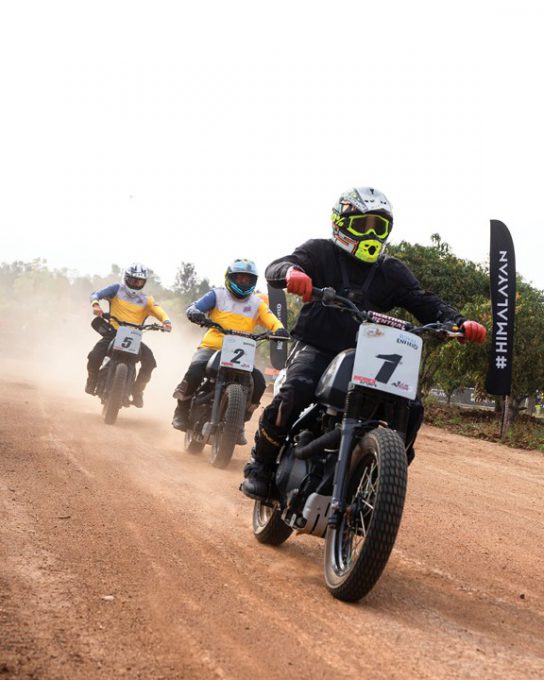 The first session was about rolling off the gas, braking and steering the bike to get accustomed to the surface while keeping to the body position as mentioned earlier. Numerous laps involved either entering the corner hot, followed by running wide or braking too early resulting in too less speed to initiate the slide. However, I slowly started to get the hang of it as there was a lot of tarmac unlearning and dirt learning happening at the same time. The second part of the drill involved carrying more speed, downshifting to first to break the traction at the rear, as one entered the corner. The idea was to carry that slide till the apex and then opening the gas gradually to drift out of the corner. After more laps of practising this sequence, I had started to gain confidence but unfortunately, it was short-lived. 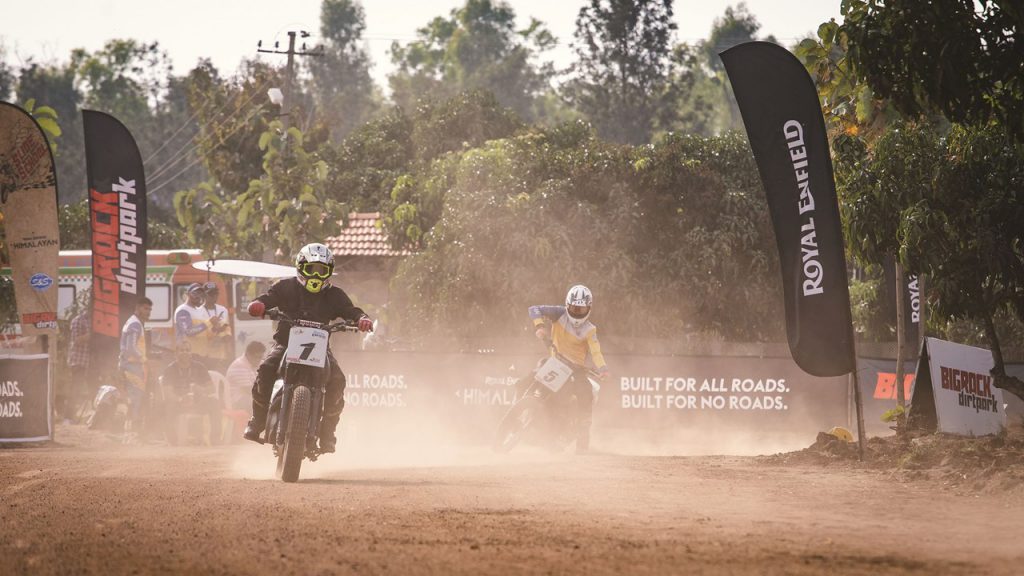 During the last few laps of the final session, I felt it was time to show off a bit with more speed and more slide. Little did I know the fellow ahead of me was going to enter the corner hot followed by jabbing the rear brake causing the bike to fish-tail. The outcome involved my target-fixated self and a bike in my path. The next thing I knew, I was down on the track with my left leg caught underneath the bike. And that was the end of my day-long introduction to flat track. 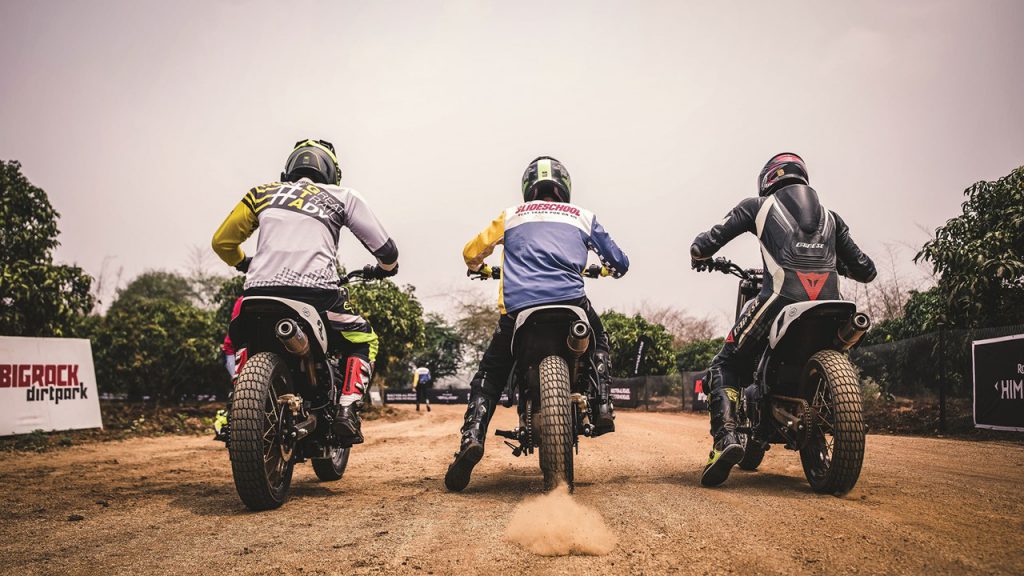 Thanks to the protective gear, I limped my way off the track with just a sprained ankle and knee. In hindsight, it was mainly overconfidence and target fixation due to which I ended up cooking that corner. However, one thing is for certain, I am definitely game to go back and do it all over again. Except for the fall, of course. After all, it’s about learning to ride fearlessly with a slide. And going sideways on a bike doesn’t get cooler than this.