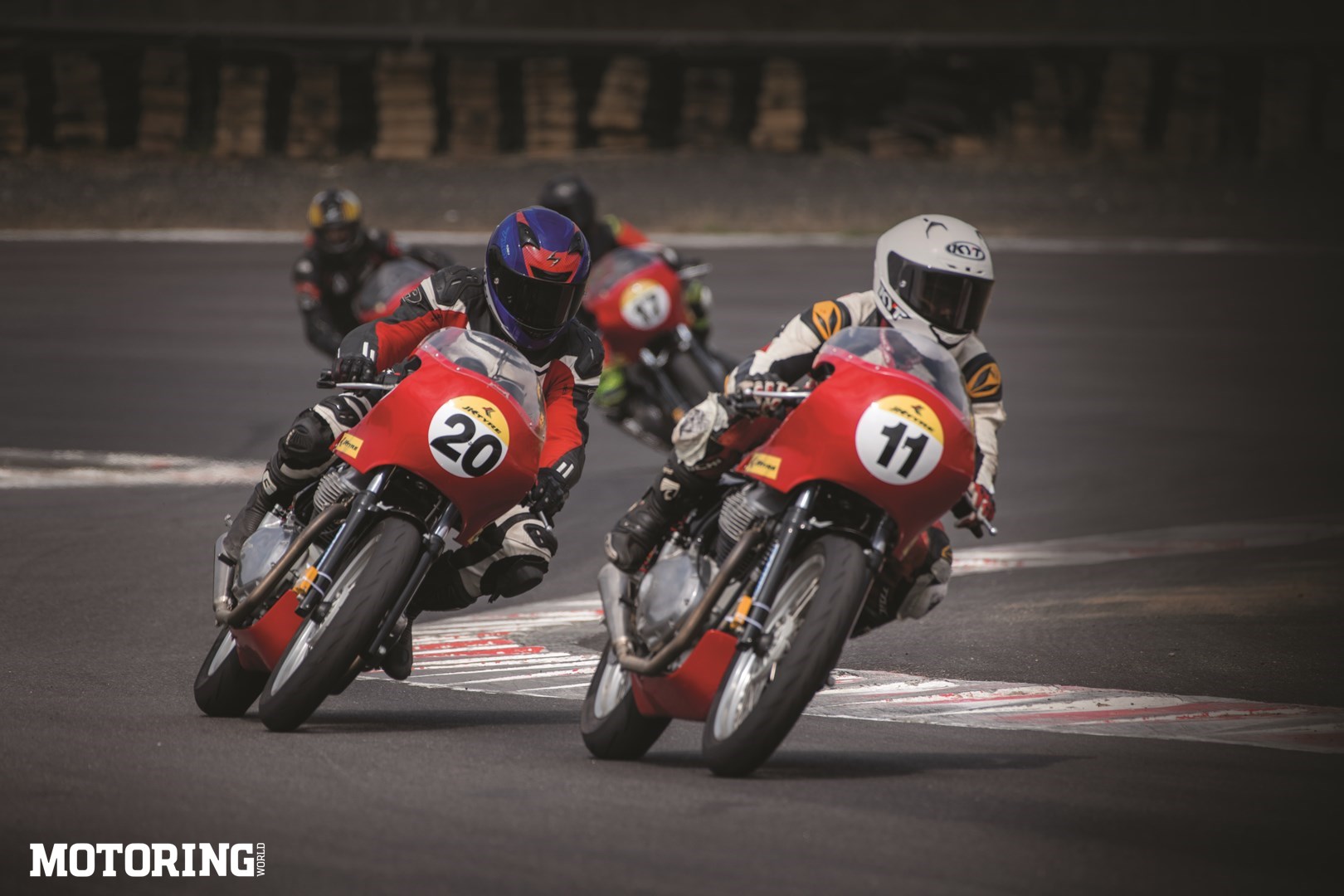 It’s been a long established fact that motorcycling is therapeutic. Only people objecting to this train of thought are the ones who haven’t onboarded themselves atop two wheels. But motorcycle racing — that is pure art of war at its finest. All the action unfolds within fractions of a second, corner after corner, lap after lap. Dozens of racers dicing into turns to clinch that ever-elusive race lead. I had almost forgotten what it felt like. With a sabbatical lasting about a decade, going back to road-racing with the Royal Enfield GT Cup has been an eye-opener on more grounds than one. And two, returning to the famed and revised Kari Motor Speedway circuit in Coimbatore, where I have had some of the most memorable dogfights. 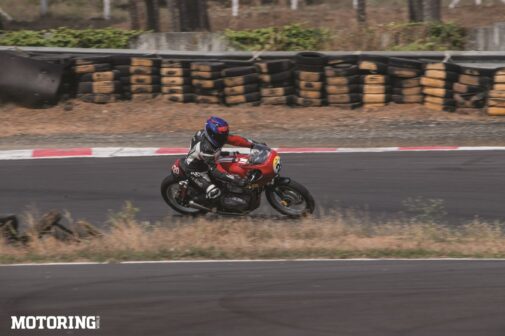 Honestly, it all unfolded quite unexpectedly. I got a call from Janak telling me there’s a wild card entry open for the last round of the Royal Enfield GT Cup and if I would be interested. I quickly checked the dates and decided I could squeeze this into my otherwise Offroad Training calendar. A good opportunity to revisit the racing paddock I thought. It developed into something that I hadn’t unexpected. I had the chance to ride the GT Cup race-bike at the opening round of the championship at the Kari circuit. My first time then on the revised layout of the racetrack. I was strewn between getting to grips with the race-tuned GT Cup bike and understanding the new circuit layout. Fast forward to the last round, here I am lodged on the saddle of the GT Cup race bike, finding equal-sized butterflies running fast laps inside my guts. Helmet strapped, gloves on and visor down. That defining moment of truth. One where the lap-times make or break the belief of how fast you really are on a motorcycle. 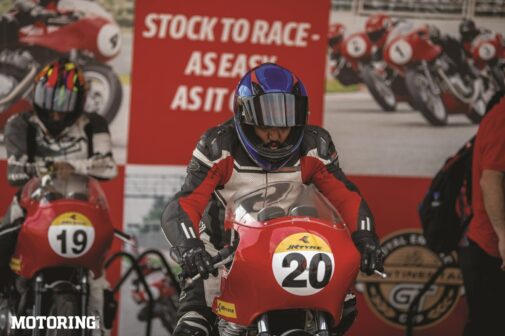 Especially against some of the finest and fittest motorcycle racers in the country. This time the pressure was real. And figuring out the new track layout in the free practice was extremely crucial before going into qualifying. Back when we used to race in the national championships — a common point of debate was always between ‘Course Knowledge vs Machine Knowledge.’ I was always the one to emphasise course knowledge as the key to finding pace on the track. Once the line, entries and exits get marked — it gets a lot easier to work with the machine and push to its limits on a familiar course. 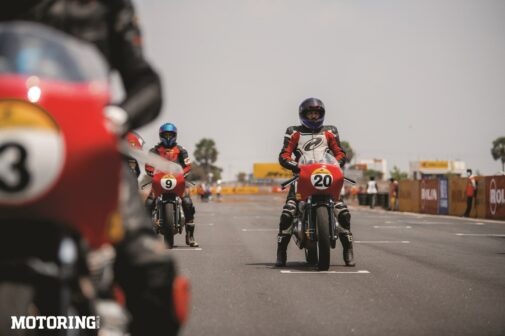 With this line of thought, Friday practice truly turned into a fruitful day. Dropping my times by a rather self-assuring four seconds. From the first round struggle of breaking the 1-minute 25-second barrier to arriving at 01.21.490 as my qualifying time for the final round. Securing the 15th spot on the start grid after starting on bike number ‘20’. Pushing myself from being at the back of the pack to steadily climbing up to the middle order chasing the top ten racers ahead — who to put things in perspective, were all within 2 seconds of each other. With the fastest man on track — Anish Shetty recording blistering lap times of 1.17s! With the 20-minute qualifying done and dusted, Race One was going to be a lot of work. Especially getting to terms with braking on the Continental GT race-bike, which despite its race-tune, weighs fairly heavy at about 190 kg. And the race-spec ergonomics mean my not-so-lil beer paunch is making it further difficult to tuck in on the bike. Nothing that more lap time and some squats can’t fix though. 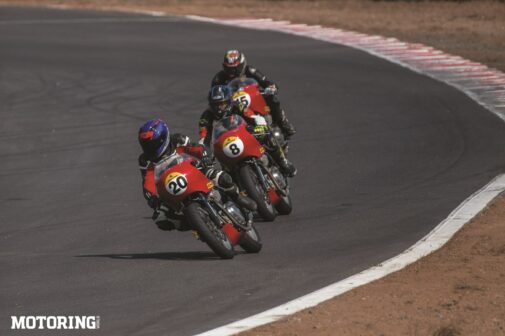 Lined up on the start grid, lights went off and I found myself going deep into the newly revised turn one making sizeable progress to get to the ninth spot. Soon after though, the lack of fitness to match the fast bunch meant I was relegated to 13th position. And towards the end, the braking on the race GT machine indicated a fade and the braking markers changed. Screwing up with the lines, I had devised over the practice sessions. So it meant I was not battling to finish higher than my start position. Thankfully, I managed to keep the pace up and finished in 14th place. Back in the paddock, it was evident to me that there was still a lot to be figured out with the GT Cup bike. 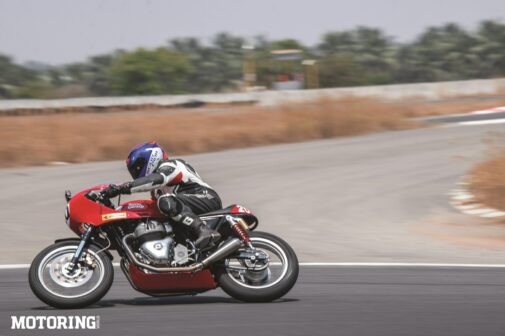 Race Two was scheduled for Sunday noon, under the scorching Coimbatore sun. I also realised tyre pressures had to be dropped keeping in mind the heat and the brake fade. Since it’s a One Make Championship, riders are allowed limited modifications that include ergonomic changes, suspension settings on the adjustable units and of course tyre pressures. Finding a good suspension setup would mean more riding time to get the right numbers to dial in. I decided that since I was not running for the championship and was a wild card entry, I would keep the changes minimal by altering the footpeg position to suit me and reduce the tyre pressures to about 24 psi on both ends. 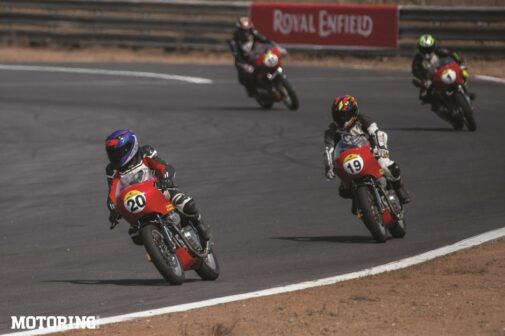 On the sighting lap of race two itself, I felt a lot more confident and in control than in Race One outing. Race Two again began with a decent start off the grid and I was back dicing for tenth place. It’s amazing how big a difference these minuscule tweaks make to the bike. Lowering the foot-peg arrangement on the rear-sets allowed my lower body to be lodged within the bike rather than sitting atop it. Lower tyre pressure meant my inputs for braking and turning got smoother and more precise than having to fight it like I was doing in Race One. With less work to do on the bike, it was easier to endure the race and fight for a better position finish. Then, despite the heat and lack of track time, Race Two saw me battling for eighth place and eventually settling for a 12th place finish at the end of the 10 lap race. Lap times dropped by a second at race pace with my fastest weekend time touching 1.20s briefly. 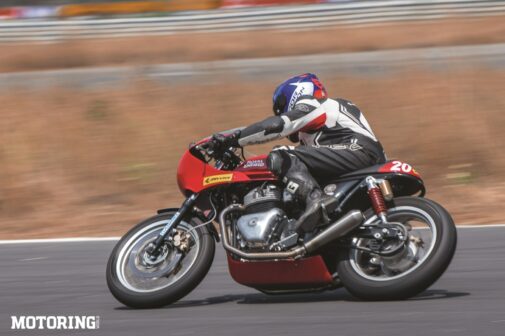 Having raced in almost all One Make Series in India over the last decade, I strongly believe One Make Series is one of the most welcoming and approachable racing platforms for budding motorcycle racers in India. Just haul yourself to the track and everything else is provided. It allows budding racers to focus on their craft rather than having to figure out logistics and sponsorships. Because even though the ‘Setup’ and ‘Tuning’ can be engineered inside the paddock — ‘Speed’ is only found on the racetrack.