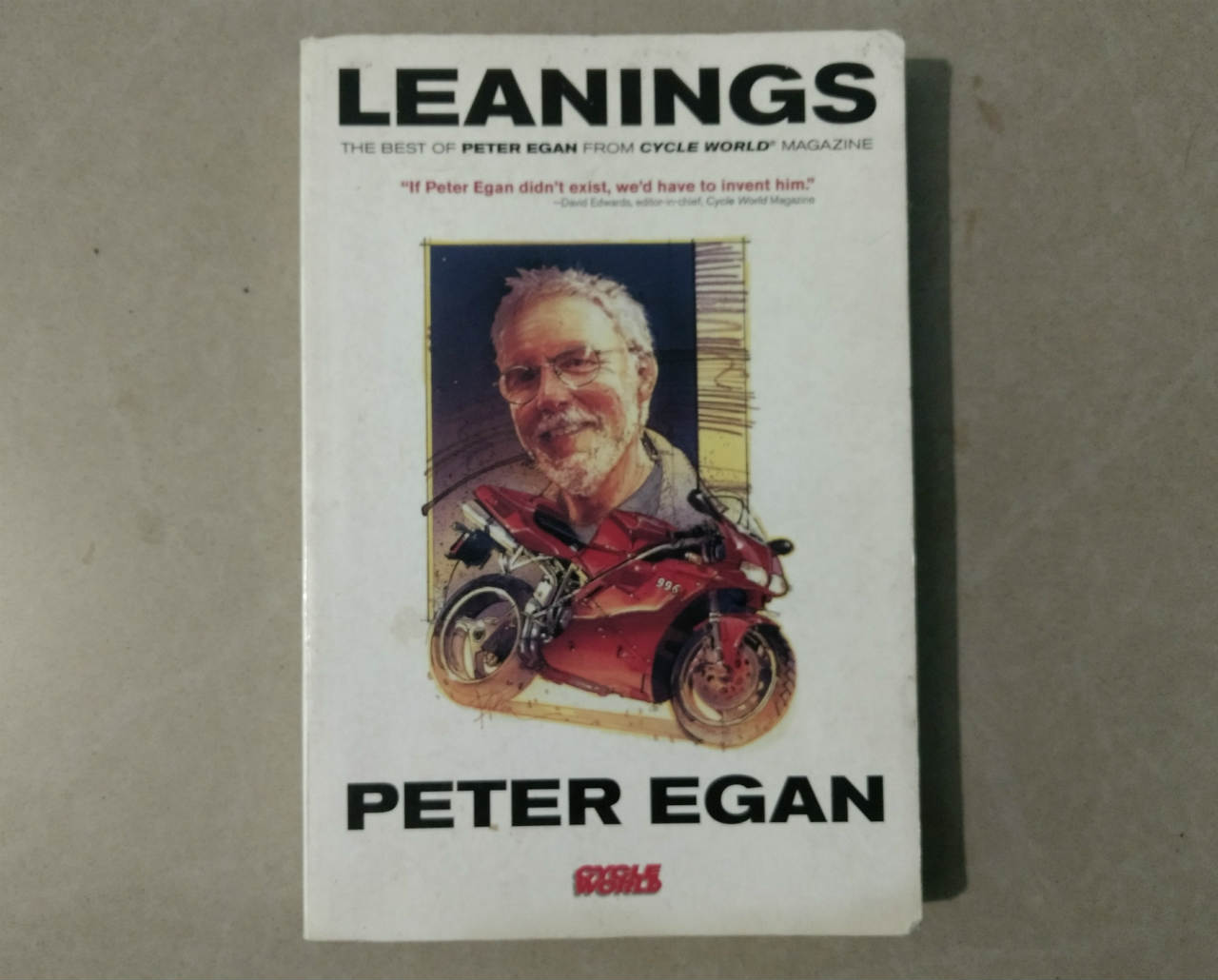 What to do when you’re off your motorcycle? Here you go

The Leanings series, comprising three books, by who is probably the world’s best motorcycle writer, Peter Egan. It is a collection of work built around motorcycles over decades, and offers a depth of insight you won’t find elsewhere. And right now, I must say that this is not a review. I am hardly someone who can judge the way Peter Egan writes. I can only relate my own experience and hope it motivates you to find your own. It will change your life. 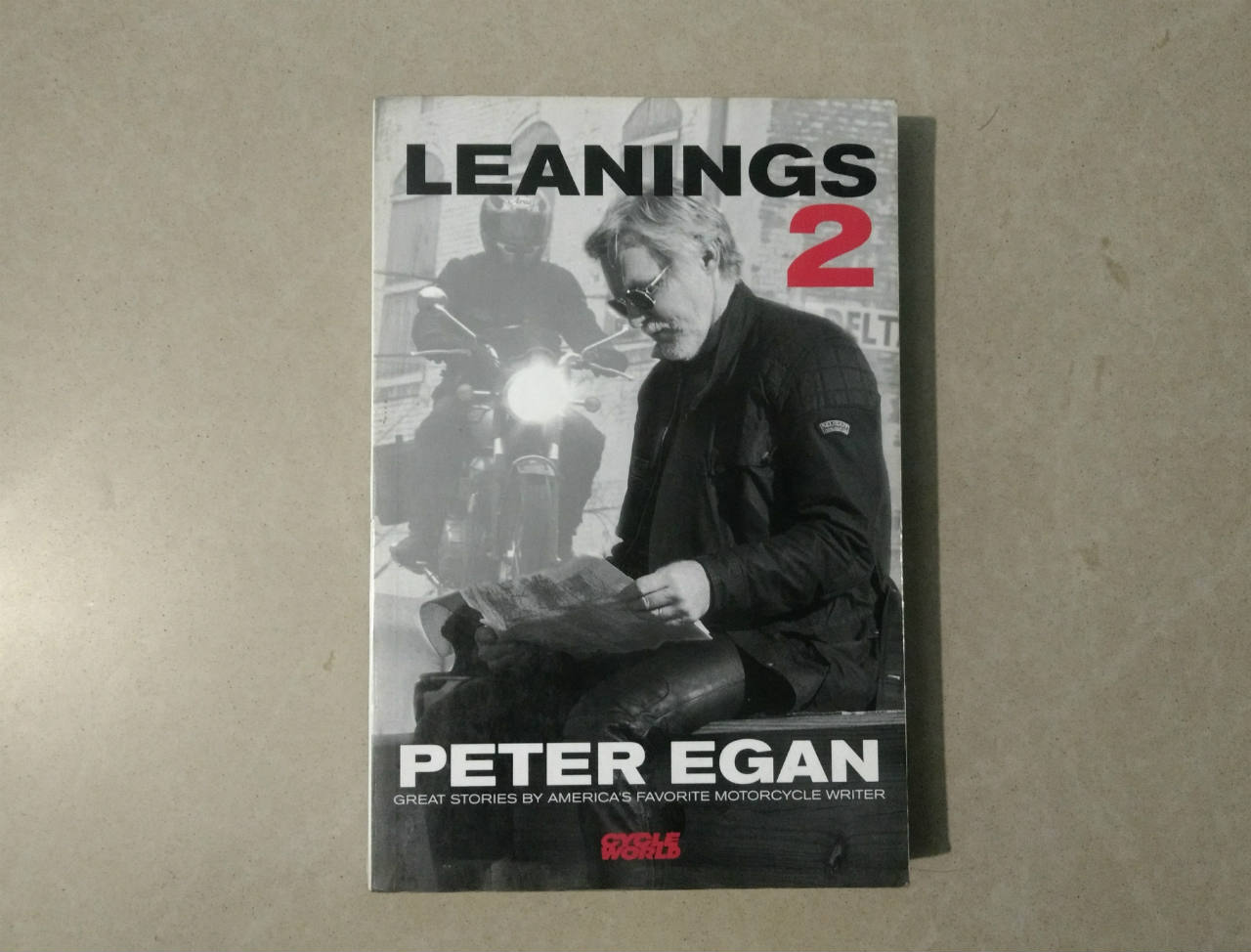 These numbers, especially the higher ones, should not be relied upon for accuracy because while counting them in the index pages, I frequently and happily got lost in the title of a column or a feature for several seconds at a time and forgot what I was doing. That is Peter Egan for you.

WHY SHOULD I READ IT?

Because you love motorcycles. And it is a privilege to see them through the lens of Egan’s writing. In fact, it takes the odd typo here and there to accept that this work is by someone human and not divine. As I mentioned earlier, this series spans decades spent on and around motorcycles which means the writing is staggering in its scope and variety. Everything you could think of, he’s written about it. And then he’s written about things that you could never think of.

Egan’s observational skills are uncanny. He sees things that we all do but pay little attention to. Then, he welcomes you into his words, and it’s almost as if it’s a simultaneous realisation for both reader and writer. Of course, it isn’t. Between these pages, Egan is a bright headlight showing you the way home. 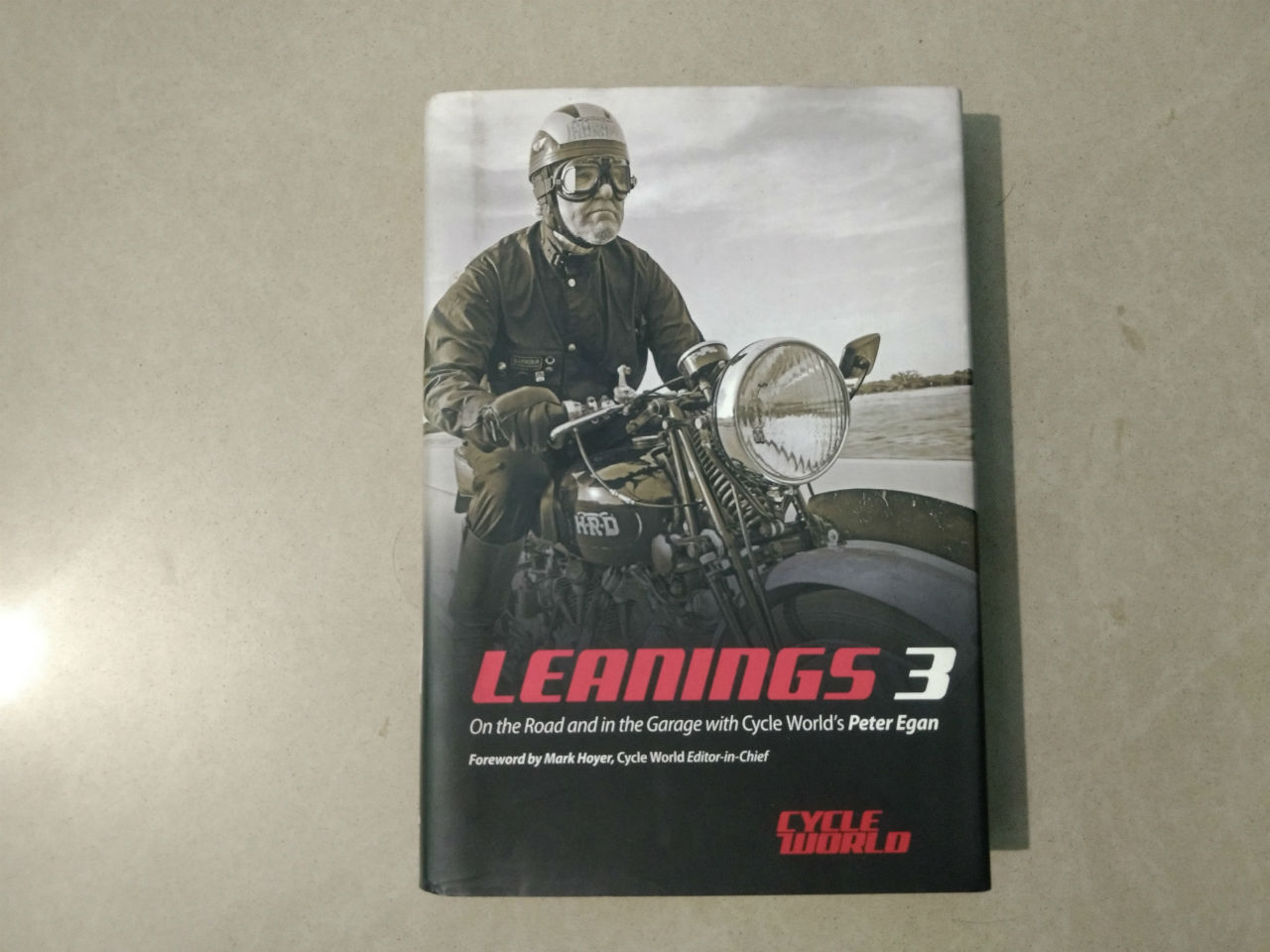 His equation with motorcycles goes beyond mere passion, and his writings reflect that. He writes about so many things, it’s impossible to remember, but here are a few titles for you: ‘The Museum Of Prehistoric Helmets’ from December 1989 in Leanings, ‘Does Your Bike Have Character?’ from August 1994 in Leanings 2, and ‘The Fine Art Of Riding Your Own Bike’ from July 2006 in Leanings 3. The first one made me look at my own dusty collection of helmets languishing in forgotten corners of my home. The third one cracked a smile on my face from a shared experience of riding other people’s bikes for most of my life. The second one, well, I plan on going down to the garage right after I finish writing this and ponder over my bikes well into the night.

There are many reactions to reading Egan’s work, and I’m sure they will be suitably different depending on who’s reading. For me it was mostly two that I swung between; first, a tugging at that lumpy red piston in my chest, and second, a wondering if I actually am worthy of riding motorcycles if I can’t write like this guy. And, in both cases, it’s easy to simply immerse yourself deeper into Egan’s words and forget what you’re thinking. Reading his words is almost like riding a motorcycle on a great road, always looking forward to what comes next. And somewhere along that road, you realise something that only us motorcyclists will know – Peter Egan is not just a fine motorcycle writer. He is one of the finest writers our species has ever produced.

Leanings: ‘Uninhabited zones, like pinnacles of success, tend to be lonely simply because everyone is off somewhere else having a good time.’

Leanings 3: ‘To brush up on a little history for this assignment, I walked over to my office bookshelves and pulled out all my Triumph books, which are legion. In fact, their absence made my bookcase look like a boxer with his front teeth knocked out.’