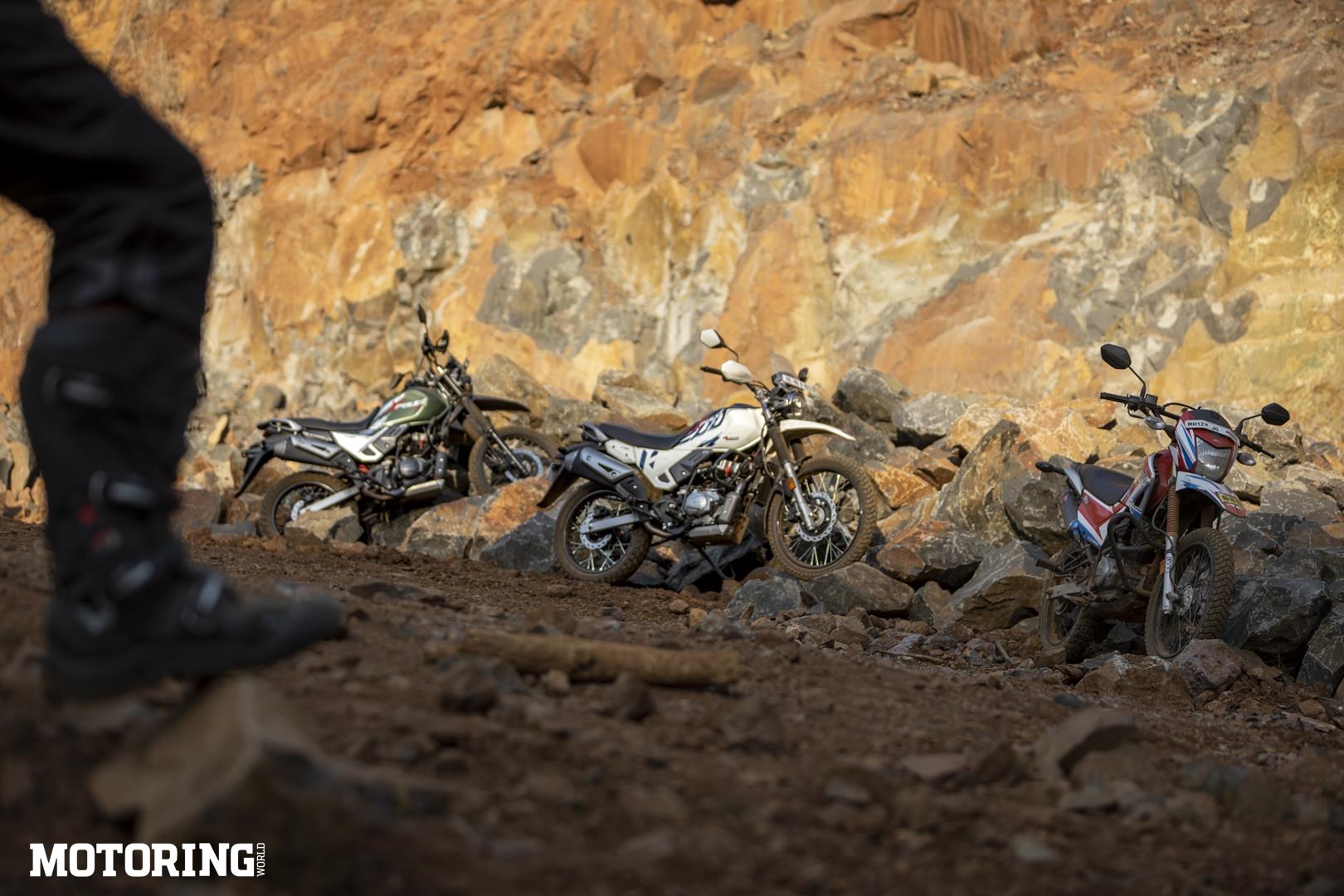 ‘You should come to the trails, man! They’re epic fun!’ Accompanied by a multitude of screenshots from Google Earth, Maps, and some rather tempting photos and videos, I’d been hearing statements similar to the ones above from Varad More for nearly two years. Since he’s an off-road riding coach, such exhortations are completely expected from him. However, my own off-road ambitions only went as far as getting a pair of Leatt GPX 5.5 enduro boots as a Christmas present a little over a year ago. And they did gather a lot of dust — not the types found on trails, but the wrong kind at home. 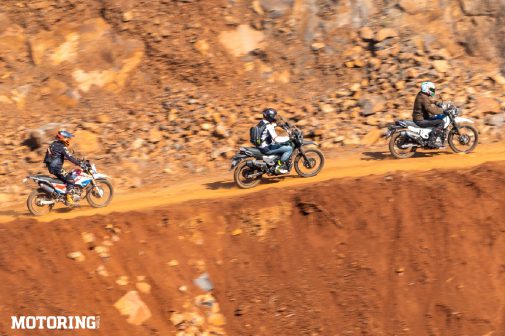 Now, we’ve had Hero Xpulse long-termers since the first one came out. And when I found the new Xpulse 200 4V parked in my garage, it seemed to beg, ‘Please don’t ride me just on tarmac like the previous ones. Pretty please?’ Long story short, on one sleepy Pune afternoon, I and Kaizad as pillion on the Xpulse 4V followed Varad astride a modded Impulse and our friend Aakash Patwardhan on our ex-long termer BSVI Xpulse outfitted with the rally kit. Varad had found a trail running parallel, under and over one of our favourite tarmac stretches that is the road to Lavasa on the outskirts of Pune.

We went up familiar mountainous tarmac for a while, and at a certain point where we usually line up for a lovely left-hander, Varad indicated right and rode down onto a muddy path — there couldn’t have been a better symbol of divergence. Over the years, I must’ve ridden past that point a hundred times without noticing the dirt road, another world hidden in plain sight. The Xpulsedidn’t seem to notice we were there, either; it simply started using more of its suspension travel to float over the decidedly rougher surfaces. It was as immediate encouragement, too, as I sought to aim more for a constant pace rather than outright speed. 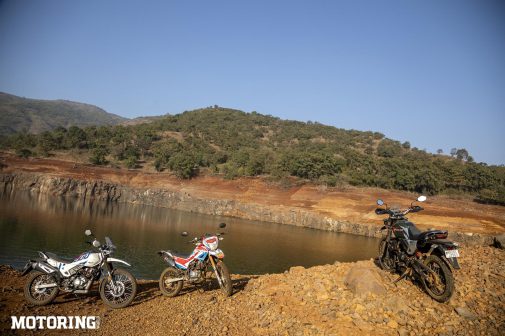 Meanwhile, Varad and Aakash immediately disappeared in a cloud of dust that looked better than it had any right to. The afternoon sun lit up the brown cliffs on our left, the grey rocks all around us, the shimmering blue lake on our right, and the reddish-brown trail like no social-media filter could hope to achieve. On occasion, we caught a glimpse of the escapees on the other side of the valley, a dust cloud following them as they went. I was already having fun just looking at a new place in a new light. There was no traffic, no pedestrians, not even animals around, except the birds that chirped in the trees far above us. The Xpulse kept its footing and rolled along, highlighting the importance of a 21-inch front wheel in off-road situations.

Even with a pillion, the four-valved Xpulse pulled strongly up slopes, both rocky and sandy, in second or third gear. And if it couldn’t, first gear always bailed us out. Honestly, I didn’t mind having a pillion, either, since it kept me from being too optimistic with the throttle and forced me to keep a neutral body position. Until finally, mid-way up a particularly sandy and steep slope, I managed to lurch to a stop and started sliding backwards. It was a moment where gravity announced its presence loud and clear as did my helplessness. Kaizad, ever the trooper, dismounted and got on to the safer pillion seat of Varad’s Impulse. And I was suddenly free. 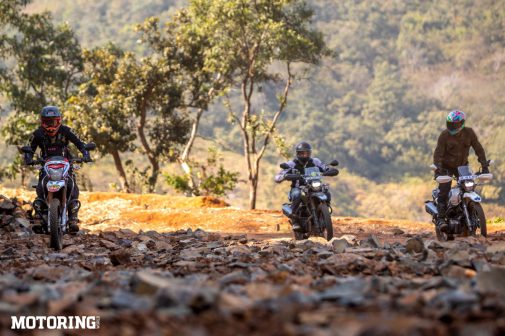 As Varad pointed out, there was no need to stop — I just had to look where I wanted to go and keep the throttle open. And that’s pretty much what I did for the rest of the ride, focus firmly on improving one aspect of my riding rather than getting overwhelmed by doing too much. This also highlighted how deeply my tarmac habits are ingrained into muscle memory; I found myself leaning into corners, exactly the opposite of what is to be done on dirt. Rather than write it off as a hopeless exercise, I tried to do the opposite and felt myself get more and more comfortable on the Xpulse. All of it at a pace at which I could see the surrounding foliage grow, of course. However, immediate excellence is never a realistic thing, and racing speeds aren’t my thing anymore anyway. As the cliché sums up, the journey is the destination. 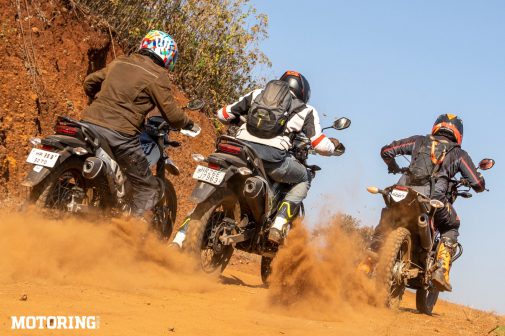 The few occasions that I’ve properly ridden off-road have been few and far between, approximately once a year. And they’ve always opened up a new dimension of riding and being. This time around, as the times before, the views were always incredible and peaceful, with only the sound of motorcycles disappearing into nature. The tyres went over sand, rocks, leaves, grass, and damp mud, and taught me more about judging traction in an hour than I usually learn in a week. Both wheels followed different lines on straights and in corners, and they rewired my brain to accept new possibilities. And when I looked down from the top of the mountain at the tarmac road below where we’d taken endless cornering shots in the past, I wondered, ‘Does riding offroad always get you higher?’ 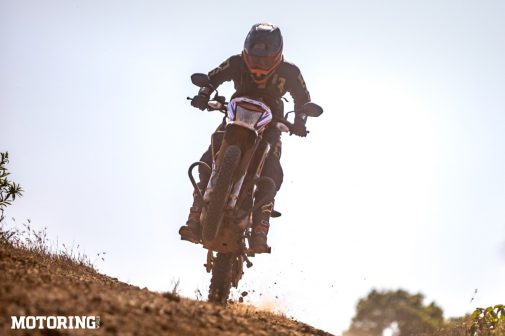 Covered in dust, we finally stopped to rest and I looked at my boots, a picture of muddy satisfaction. Observable matter makes up only about 5 per cent of the universe — 95 per cent is invisible to us. And it took an unfamiliar path in a most familiar place to realise that the same is true of tarmac against trails, no matter where you’re from or where you end up riding to. Trails may be invisible from tarmac, but they’re what make up most of the land we inhabit. And that opens up a whole new world to ride through, one that holds sights and sounds that aren’t found elsewhere.

As we took off from our rest stop, I saw a local villager on a Splendor with a sack tied to the pillion seat scrambling up the road towards us, slipping the clutch, revs high. I looked at Varad showing Aakash how to get the Xpulse off the rocks he’d parked them on and couldn’t help thinking how off-roading has always been an inextricable part of Indian life. And a suitable pair of wheels only makes it more fun and rewarding. It’s also worth remembering that every type of motorcycle falls. It’s the ones that you can pick up and keep riding that will take you furthest. 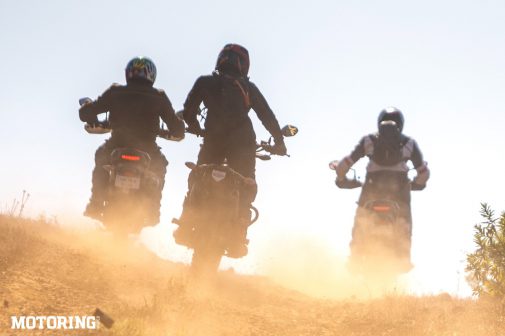 The Xpulse is a brilliant motorcycle to explore places on. And if your skill progresses enough, the rally kit will enhance them further and keep you engaged till the bigger Xpulse inevitably comes along. For me, though, the stock one proved to be more than enough, a capable do-it-all motorcycle that will undoubtedly make a lot of riders happy. That was proven later that evening back at Varad’s place, when another friend showed up with a black-and-blue Xpulse 4V fresh from the showroom. And it wasn’t long before the familiar words came rising up like a dust cloud — ‘You should come to the trails, man! They’re epic fun!’