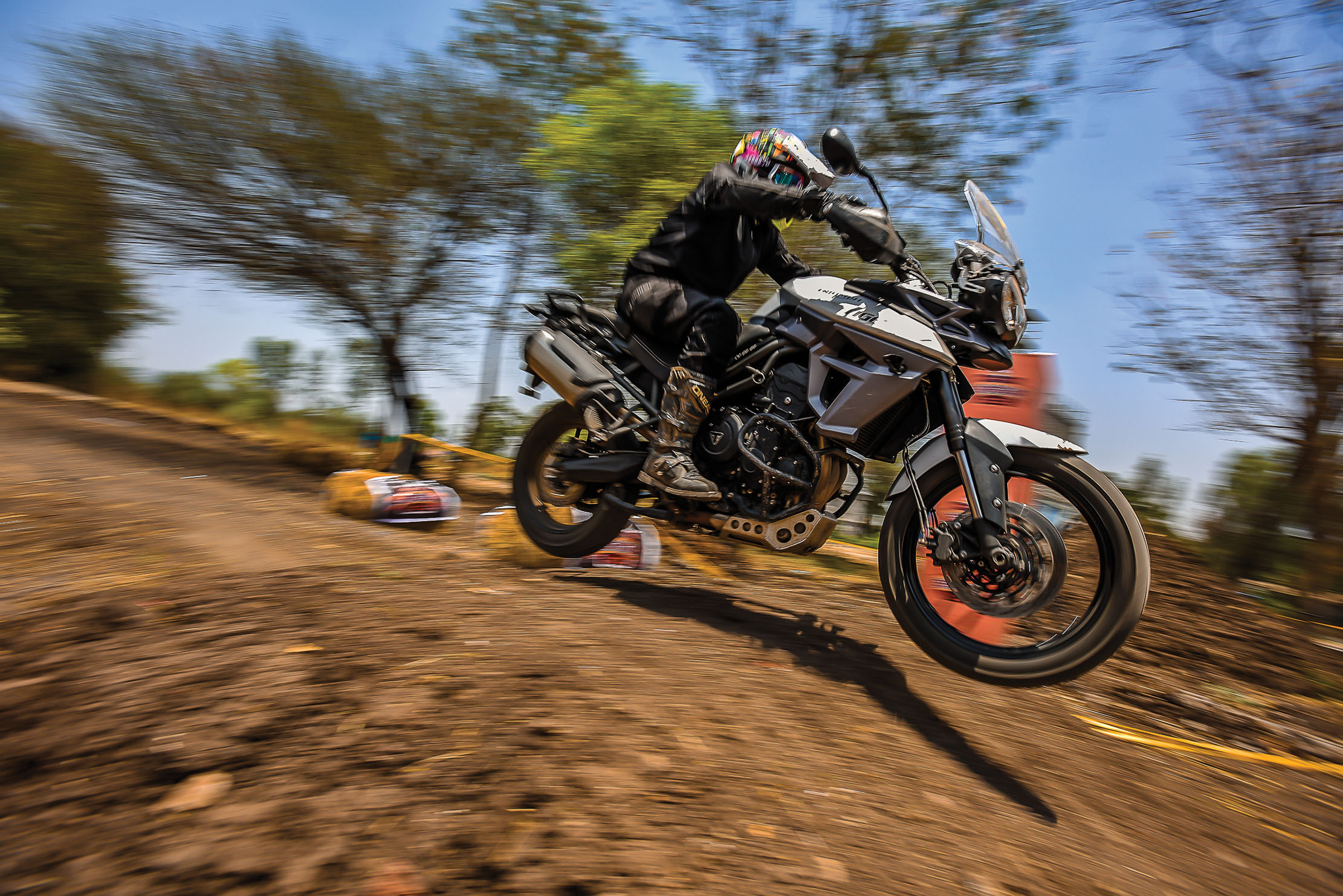 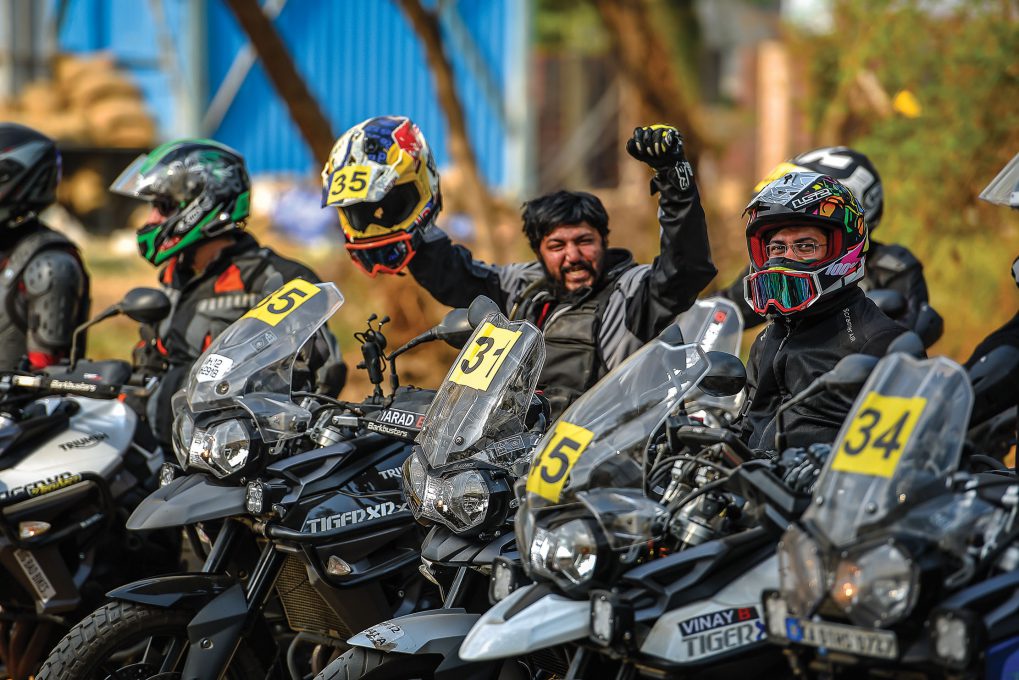 When it comes to riding motorcycles, for a majority of motorcyclists the riding part is often limited to paved roads. And when the time comes to ride the same motorcycle on loose soil or gravel, all face a tough time in keeping the motorcycle even in a straight line. The idea of climbing an inclination or performing a manoeuvre as simple as turning seems impossible. That’s because the dynamics of riding a motorcycle in the dirt is significantly different from riding on tarmac. Even on a regular motorcycle I’ve somehow ended up digging in the rear tyre or completely locking up my front end, making it a nightmare to ride a motorcycle in the dirt. If this was my state of affairs, I can only begin to comprehend the plight of the people who own the proverbial SUVs of the motorcycling world.

What I’m referring to, of course, are the gargantuan BMW GS’, Triumph Tigers and so on; the owners are so intimidated by the size of their motorcycles, they’ve never even glimpsed the start of a dirt road. Even on paved roads, when it comes to motorcycles like these, the conventional method of riding motorcycle doesn’t fit here at all. That’s because once you’re off into the dirt, these SUV-like motorcycles follow a basic set of rules that are the complete opposite of what we’d normally do on a road motorcycle. This was exactly what Koustubh Gadge, an avid adventure motorcyclist, felt. This is what gave him the idea of starting an off-road training event called ‘Great Trail Adventure’ for new as well as experienced riders to actually ride their adventure motorcycles in the environment they are meant to be ridden.

That said, here I was at Japalouppe Equestrian Centre, primarily a ranch for horses that’s located on the outskirts of Pune, Maharashtra. Since the place had a lot of open space with soft mud and sand pits, it seems to be just the right place to nurture my off-road riding skills. The motorcycle that I was to ride for the next two days was a Triumph Tiger XRx. Fact check — I’m a guy who weighs slightly over 65 kg. With the very limited time I’ve spent riding a Tiger, I was quite intimidated by the thought of going dirt riding on a 200-kg motorcycle. But, the fact of the matter is, none of this actually matters once you know the dos and don’ts of riding on dirt.

The training programme was a two-day course which had the first day completely dedicated to learning to shift your weight around the motorcycle. It’s so you remain in control of the machine, rather than the allowing the machine to control you. Our instructor, Amol Talpade, who has been training riders in off-road riding for the past five years, explained how different riding on dirt is from the road. In layman terms, you actually do the direct opposite of what you’d do when riding on paved roads.

Every theory session was followed by a practical session. We practised riding the motorcycle standing on either side of the bike, sitting only on one side, kneeling on the seat (really tough) and all that with only the right hand holding the bar (even tougher). The next exercise was walking the bike by holding it on either side and only modulating the clutch to maintain the bike’s momentum. Considering you’ve got an 800cc motor and 200 kg of kerb weight to balance, it’s not an easy task. This exercise turned out to be extremely tiring. But it’s a crucial skill to have when the need arises to make your way out of loose sand or deep ruts. In the midst of all these activities, I also realised how important fitness is to be able to carry out all such activities. Also, having the right gear for off-road riding is equally important. It tends to get a lot hotter in normal road riding gear, as you are always riding at a much lesser rate of speed. 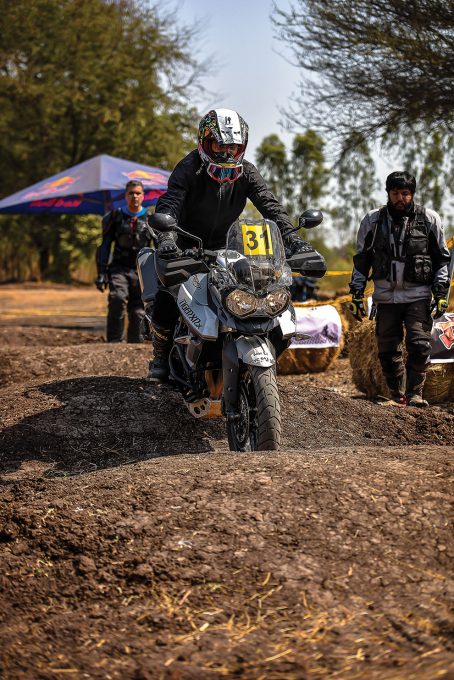 In the next set of tasks, the aim was to apply the weight-transfer techniques to manoeuvre the motorcycle through different obstacles like a slalom course, and performing a complete U-turn in a tight radius without touching your foot down. The trick to overcoming them is by looking where you want to go, rather than having target fixation on the cones. To perform the U-turn, I literally had to move my body weight to the outer side of the corner and dip the bike inside to maintain the balance of the motorcycle.

The highlight of the entire day’s training was riding a motorcycle through a 5-foot deep ditch and then getting back out through an inclined surface that was close to 45 degrees. Until now, the weight shift was from side to side, but now it was back and forth. During the theory sessions, we were told to shift our body weight towards the rear when going downhill and the opposite when going up. Care had to be taken to modulate the throttle and clutch. If you clutch on the way to the top or fail to maintain the revs, the bike would simply stall. If you aren’t careful with the throttle, the rear wheel will dig itself into the soft soil, causing the bike to get stuck. While I did manage to clear the obstacle in the first attempt, I had a small fall while lining up for the challenge. The culprit was my mind wanting to keep the front end stiff which I should have actually let loose so that it makes its way through the rut. 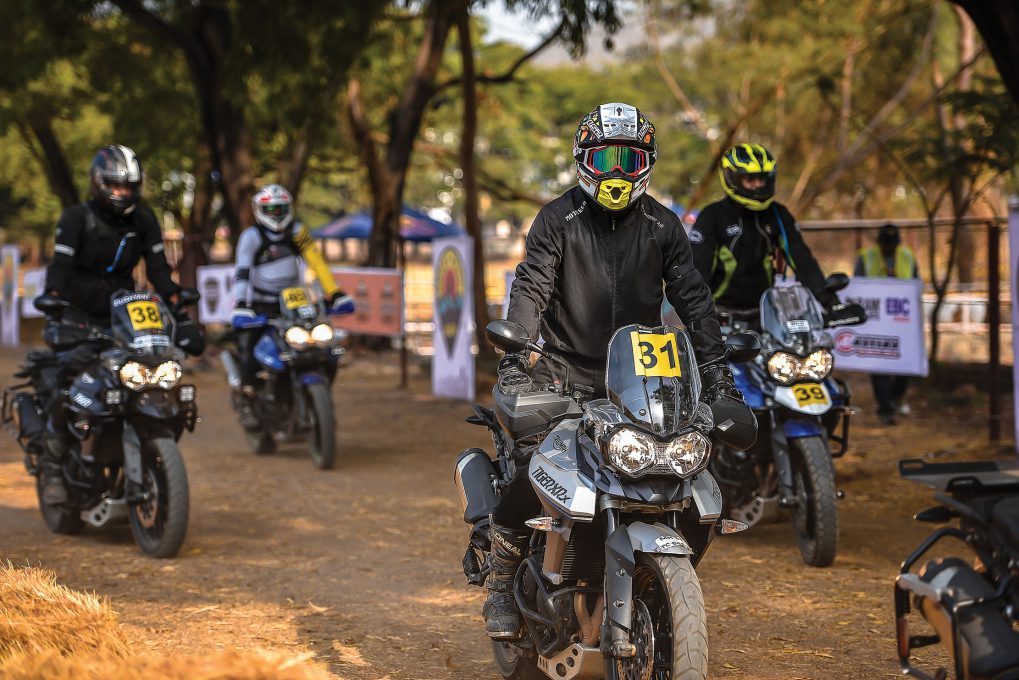 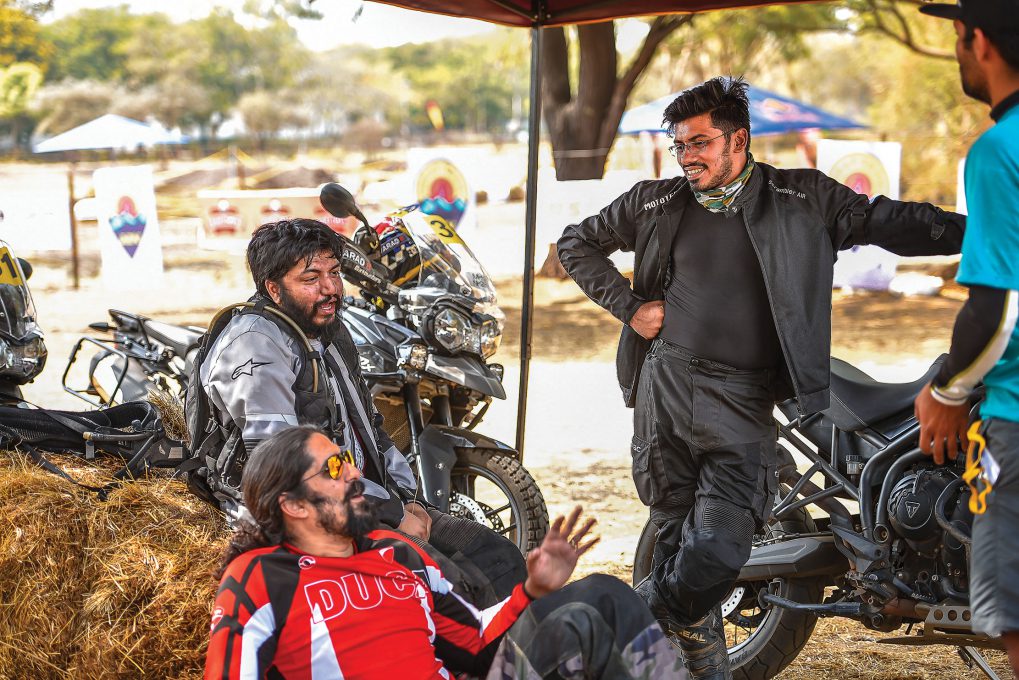 The next day was an early start. An obstacle course had been set up which consisted of a variety of different terrains to cover all the topics that were taught. Hopping over a log, crossing through a sand pit and a jump were some of the challenges set in the course. Keeping a cool mind and trusting the motorcycle helped to clear of the obstacle course except for the log hop as I misjudged the distance from the log and ended up shifting my weight too much to one side thus resulting in a fall. The second attempt was a lot smoother as I throttled at the last moment lifting the front enough to clear the obstacle. 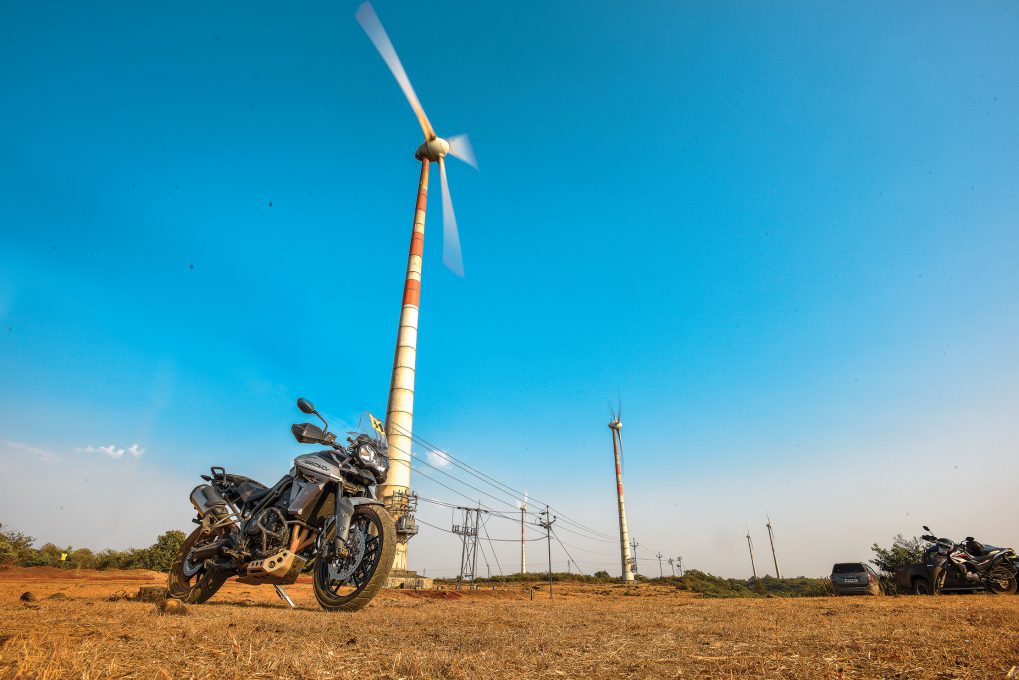 The final graduation activity for the training course was a trail that was organised that would cover close to most of the things that I had learned since yesterday. To my surprise, although I was rough in many sections, I knew I had to somehow navigate my way through the trail towards the top of the mountain. I managed to reach the top entirely with the help of the crash course that I had received on off-road riding from GTA. The route was quite treacherous. I would have probably stayed away or at least had a few falls on the way to the top without any training. I would strongly recommend every ADV motorcyclist to enrol for an off-road riding training as it allows you to realise how much we underestimate the motorcycle’s capabilities. Plus it also gives us that kick in the head to get out and explore the unbeaten road on two wheels.