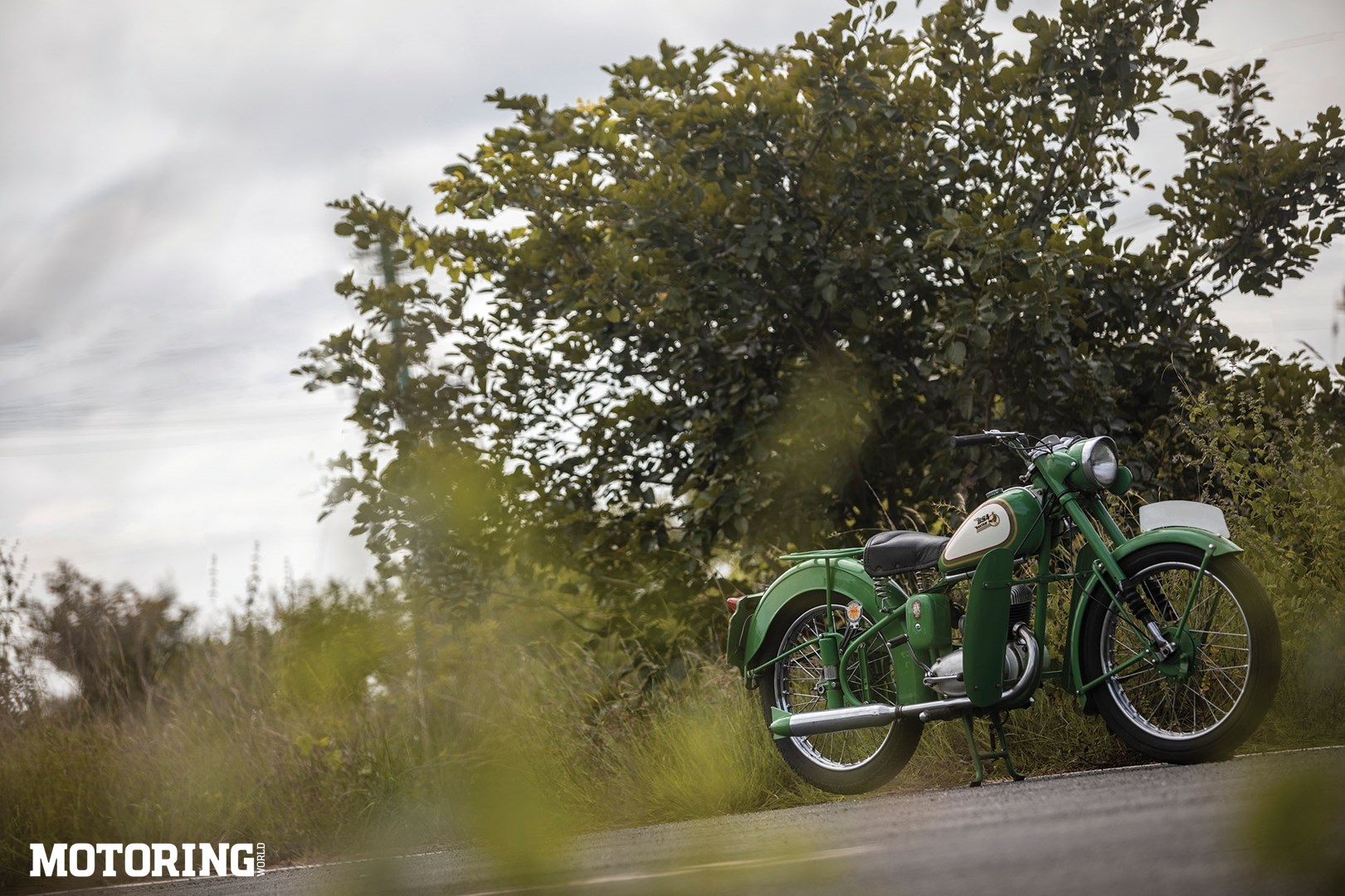 Perhaps this story should be about the DKW RT 125. But I couldn’t find one, so it’ll have to be about the BSA Bantam, the British version of the German-made motorcycle from 1939 that became the most copied motorcycle in history. After WWII, the world was understandably ticked off with Germany, and the Allies (later, some of the Axis joined in as well) set about dismantling the German industrial framework, taking what they deemed as rightful reparations. Among the spoils of war was DKW and its RT 125 two-stroke motorcycle which found itself dragged to Russia, Britain, Poland and the USA to be made by MMZ, BSA, WFM and Harley-Davidson respectively. In more ways than one, it went on to become the first mass-market motorcycle in the world. 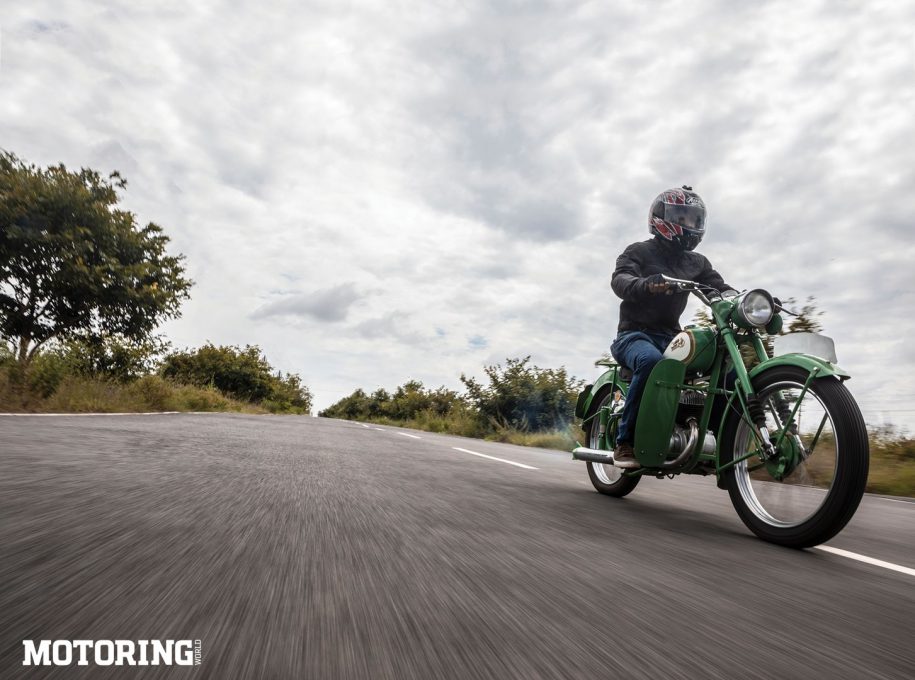 There is no official number, but around 250,000 to 500,000 Bantams were produced in the UK. And if we’re to include all of its various reincarnations, that number easily goes up to more than a million. The Bantam itself has done it all and then some; it’s attempted to set land-speed records; it’s gone to trials races all over Europe; it’s screamed around the Isle of Man ridden by men wearing pudding-basin helmets with cigarettes dangling from their mouths; but its real test was probably being abused by hormone-brimmed teenaged messenger boys of the UK Post Office.

From the D1 of 1948 to the B175 Bushman of 1971, the Bantam went through 15 iterations, from 125cc to 150cc to 175cc and with 3-speed or 4-speed gearboxes, until the Japanese motorcycles showed up and put it out of its misery. And even the Japs owed their success to the DKW; among others, Yamaha’s first motorcycle, the YA-1, was a copy of the RT 125, too. I suppose the Germans did manage to conquer the world, though not the way they’d have liked. Today, the Bantam gets the respect it and its various long-lost siblings deserve; in the UK, particularly, the Bantam is still sought after to go green laning with, still living up to the purpose and the environment it was originally built for.

The Bantam comes from a time when spirit was more important than a spec sheet. In its 23-year existence, the Bantam’s horsepower started at 4.5 bhp from 125cc and ended at 12.6 bhp from 175cc. This particular bike you see here is a D2 model, one of the original 125cc Bantams, though I bet it’s buried most of its scant horses in the sands of time. Most of the Allies retained the kick and gear levers on the left; the Brits, of course, flipped the blueprints and transferred them to the right side of this tiny motorcycle. Several decades later, these details came together quite nicely to bash my foot into a painful mess against the right footrest. All old motorcycles have their quirks, and I suppose the Bantam prefers smarting toes.

Once I’d regained my composure, I also made note of the optional leg shields this Bantam wore, a feature that those British messenger boys were used to. Again, my size 11 foot was cramped and struggling to change gears; the years tend to make old gearboxes notchy, and motorcycles of that time aren’t exactly renowned for attention to ergonomic detail. Long story short, I was glad it only had three speeds and that it was happy to pull in third from way down in the rev range. BSA advertised the Bantam with a top speed of 45 mph (around 72 kph) which, I’m surprised to say, this Bantam felt like it could achieve despite its tired motor. Of course, I didn’t attempt any such thing, but it droned along at a princely 45 kph with ease.

Given its size, I expected the Bantam to be light, though not 82-kg light, which is this plunger model’s weight; rigid-rear models were 77 kg! I think this was the first time I’ve ridden a motorcycle that weighed less than 88-kg me. When I sat on it, the tyres resembled neglected balloons, and there was no air pump in sight. And yet, it persevered, as its siblings and cousins did and continue to do all over the world. The Bantam has that same relentless feel that somehow only long-geared old bikes have. It has no power to speak of, but it still chugged away, bouncing along on its old basic suspension, happy to thumb its nose at progress.

The Bantam, as you might imagine, can be thrown around with abandon, so it’s little wonder that it headed to those trials races. I bet even I’d be up for one, but I was obliged to treat it with the extra respect befitting an old bike that belongs to someone else who probably loves it as much as I do my own old bikes. Oh, and before I forget, the Bantam may be a tiny motorcycle, but it’s still a handsome one; to give you an idea of its proportions, those are 19-inch wheels it’s sitting on, so its highest point is under three feet from the ground! And the sound it makes is entirely disproportionate to its size and appearance, too, with a staccato racket tailing it around. I liked it, though. 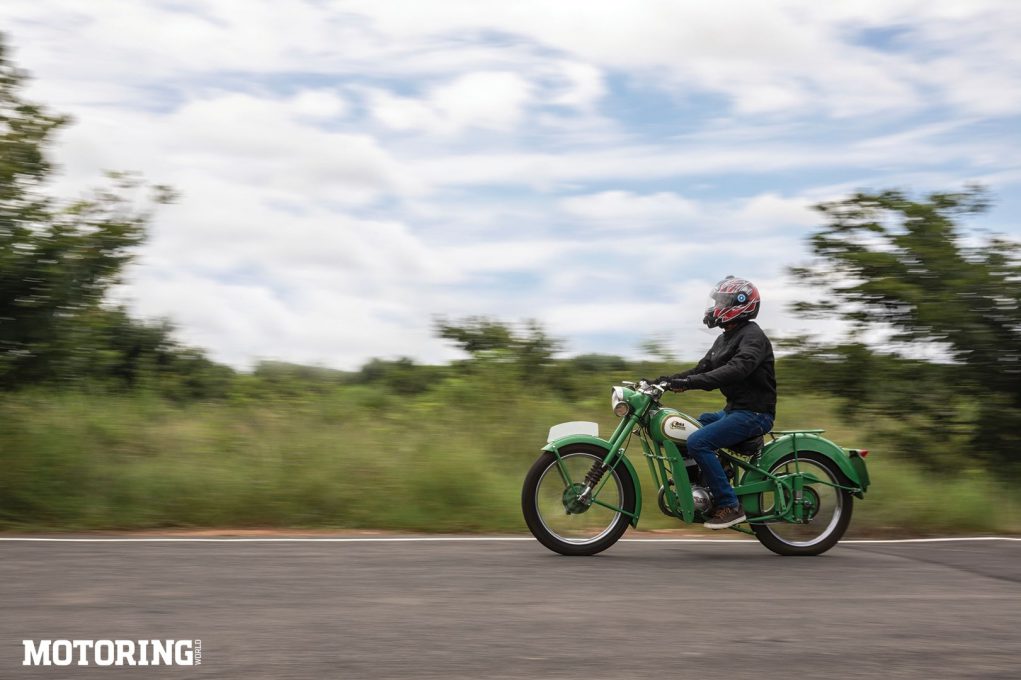 The Bantam is named after a small breed of chicken, the cock of which is known for its aggression. The word ‘bantam’ itself is the anglicisation of the name of Banten in Indonesia, a port city which the British ruled in the 1600s. However, once I read the sticker on the Bantam’s tank as ‘Batman’, I just couldn’t unsee it. Nonetheless, the Bantam remains a true classic, with the sounds, smoke and smell of two-stroke nostalgia. And through its many distant cousins, it shows that no matter its size and time, a motorcycle is a motorcycle.

For as long as I can remember, I’ve been inexplicably fascinated with the Rajdoot 175, and I bought one around six years ago. Since then, I’ve ridden it from Mumbai to Goa and back once, and mostly on early-morning putterings around town. I always knew that Escorts got the license to make the Rajdoot from SHL of Poland, but it was much later that I found out that WFM (from the first paragraph of this story) made its copy of the DKW RT 125 which evolved into the SHL M11, our very own Rajdoot! And thanks to the Bantam, I now see where it came from, and how little it changed as it did. Then I think of the number of people all around the world who rode these machines over the past 81 years, who’ve felt as I have, and words fail me. 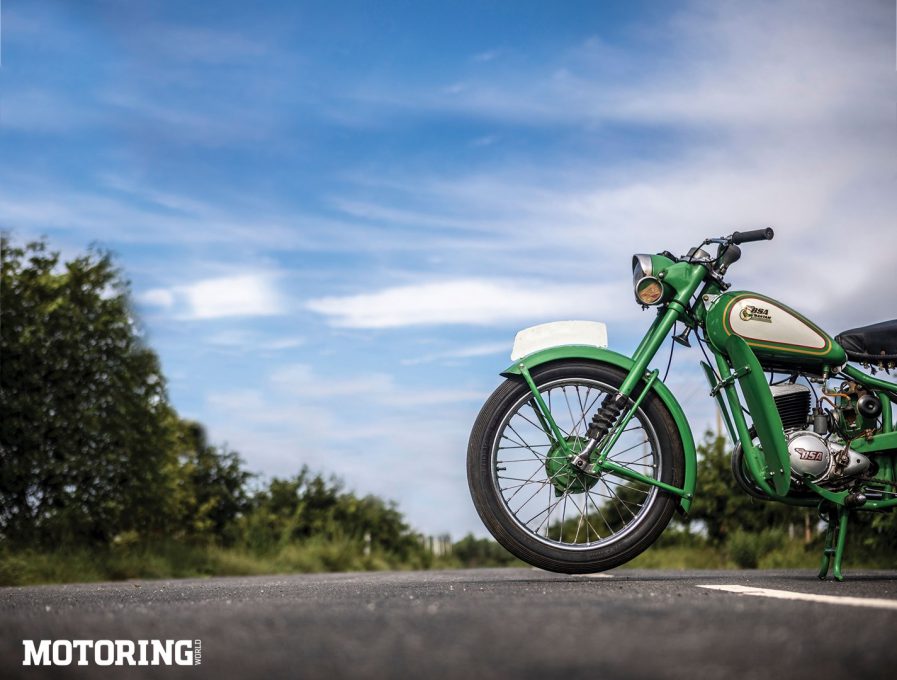