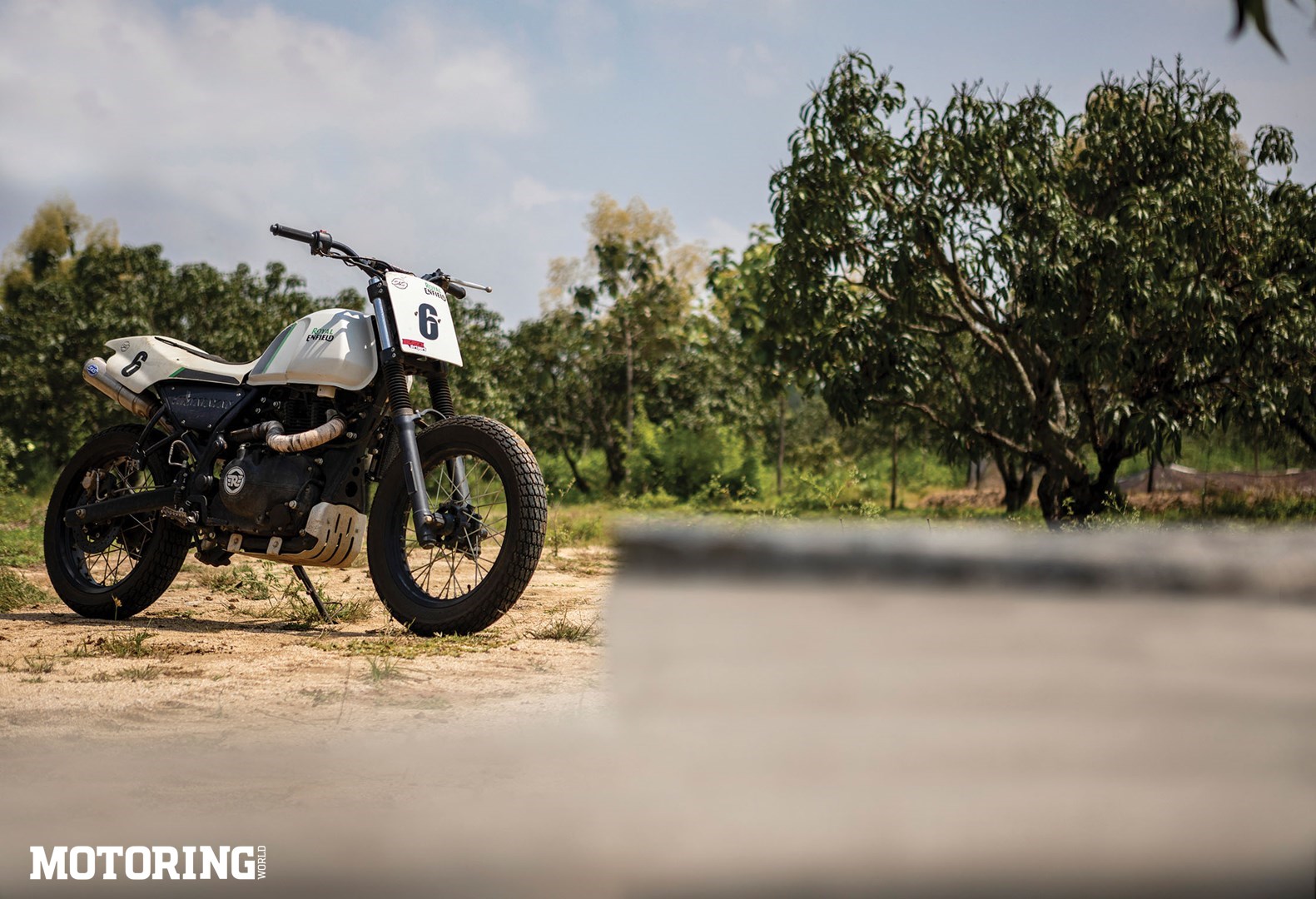 I’ve never looked forward to riding a bike without a front brake. No one normally would, I expect, but this time was different. Waiting at Royal Enfield’s Slide School at the Big Rock Dirt Park in Kolar were a bunch of Himalayan FT 411 training bikes. ‘FT’, of course, stands for ‘flat track’, the American motorcycle sport in which riders try to run over each other on left-handed ovals of hard-packed dirt. It’s quite fun to watch, though I wasn’t sure if I’d like to try it for myself. A big part of whether or not I made a complete hash of it depended on the bike. And I was curious to see how the Himalayan handled this reassignment of duty. 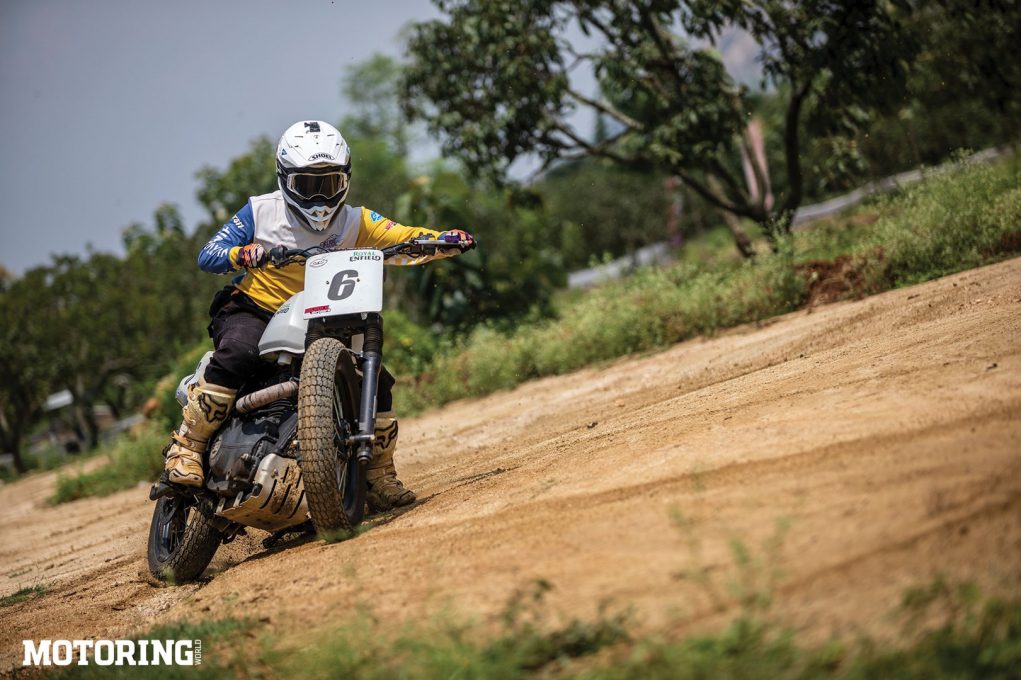 The Slide School is almost entirely for first-timers, so the bike has to be a friendly one. The Himalayan’s mellow motor definitely suited the purpose, though the FT 411 comes with a rerouted header pipe and a high S&S exhaust along with a shorter final drive for more initial and mid-range torque at the rear wheel. Of course, all the lights, meters and unnecessary extras have been tossed away; the fuel tank and the side panel are the only stock body parts that remain.

What replaces them are a number plate at the front and a custom seat unit made by Autologue Designs. Calling it a seat might be a bit of a stretch, though, because there’s only a few millimetres of foam stuck to the shapely flat-track cowl. The front wheel is now a 17-inch unit instead of the stock 21-inch one, while the bike now stands on Timsun tyres with the offset flat-track tread design. And of course, the entire front-brake assembly is absent from that aftermarket Renthal handlebar.

Even wheeling the bike around for shots, I kept getting caught out when I tried to stop the bike, reaching for the brake lever and finding only thin air in its place. I now know it’s possible to panic at walking speeds. Nonetheless, the FT 411 looked stunning enough for me to wonder if RE will make a production version of this bike. As it is, it should be easy enough to turn your Himalayan into an FT replica. With the front brake, of course. But I shouldn’t have worried, really.

Given that even a lightened Himalayan is still a heavy motorcycle, I had some doubts about getting along with it on a slippery surface since I’m a total off-road novice. But then that same weight also made it a very stable and predictable machine on the loose stuff. The FT 411 never suckerpunched my face into the dirt. Instead, it gave me time to get used to it, which wasn’t much given the Himalayan’s inherently friendly nature, and to steadily turn the speed up. After a few laps, I’d forgotten what a front brake used to be.

The changes to the gearing make the FT 411 far more eager than a stock Himalayan; I’d be interested to ride this sprocket setup in the city because I’m sure it’d be a hoot and a half. And that exhaust, roaring on the throttle and popping off it, made everything better. Indeed, these two changes meant that the FT 411’s throttle response was as immediate as I dared it to be, with quite a bit more to spare. The Timsuns gripped pretty well, too, though I have no real reference of how these types of tyres should work. But it was enough for me to get a taste of flat-track riding and leave me wanting more.

Royal Enfield’s idea with the FT 411 was to build a learner-friendly flat-track bike, and though I still think I’d be happier on a lighter bike, it does the job it’s asked to. The FT 411 is also probably the only purpose-built modded bike by a manufacturer that anyone can go and ride, and that makes it somewhat special, too. It lets you get a feel for what’s possible with a motorcycle, both in terms of mods as well as when the wheels are sliding on dirt. As for how the training session went, come back next month to read all about it!