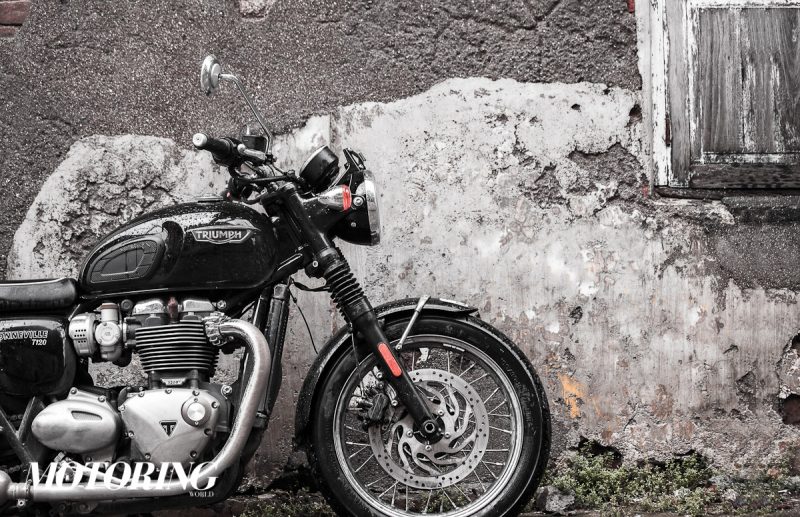 Absolutely mad. That’s what the MV Agusta F3 800 is. Yeah, so it’s obvious that a fast motorcycle with a 798 cc triple-cylinder motor good enough for 146 bhp and weighing just 172 kg (dry) will be exciting, right? Quite. But that’s about where the predictability stops with the F3 because it is so much more than, to deploy an overused cliché, the sum of its specifications. Its handling puts telepathy to shame and the sheer immediacy in every aspect of its performance beggars belief. The F3 isn’t predictably fast, it’s decidedly legendary.

What I love about it: Irreverent power delivery, endless wheelies, looks drop-dead gorgeous

What I don’t: Not very comfy, not very cheap either

The Kawasaki Versys 650 was a surprise number. Lower on power (by a measly 2.7 bhp) than its naked sibling (eek! That sounds awful, doesn’t it?), the ER-6n, and also 12 kg heavier, I thought the Versys would be an unnecessarily faired add-on to Kawasaki’s credible 650 range. It turned out to be anything but. The Versys 650 feels quicker than anything else with the same powerplant and its handling, owing to a USD fork and subtle alterations to the rake and trail, is simply phenomenal. Will-give-an-MV-Agusta-a-run-for-its-money phenomenal, I mean. At Rs 6.84 lakh (ex-showroom, Mumbai) it’s all the more irresistible!

What I love about it: Owns the twisties, sublime power, comfort

What I don’t: Why not a naked with the same setup?

I hated the Multistrada Enduro when I first saw it. I thought it had succumbed to the conformity standards set by the legendary BMW R1200 GS and that its inner wild-child had been put to rest. I was wrong, thankfully. The Multistrada Enduro, despite its 1200cc L-Twin motor, its sheer dimensions, all those fancy Touratech bits and wire-spoke wheels, is still very much the superbike it always has been beneath its layered touring gear. Scarily enough, the Multi Enduro is quite superbike-like even off the road, but it’s an absolute hoot once you get the hang of it. Don’t let its exotic badge trick you – the Enduro is tough, can take a lot of abuse and is arguably one of the best (and most tech-loaded) adventure tourers in the world today.

What I love about it: Brilliant on the road and brilliant off it, lots of features and lights!

What I don’t: L-twin clatter at low revs

I’ve always been a fan of Triumph’s permanently-sweet retro/street motorcycle and the Bonneville T120 did nothing to change that. The T120 is, for those who just came in, the retro (read: cooler) version of the Street Twin and also sports a 79 bhp, 1200 cc parallel-twin, over the bog-standard Bonnie’s 54 bhp, 900 cc unit. That translates to a motorcycle that is at home on the highway and is a dream for those with soothed nerves and a calm state of mind. It’s perfect for those lazy Sunday rides to the beach even with a pillion in tow and its sublime performance is addictive, regardless of what school of motorcycling you come from. That’s not all there is to it – its timeless looks mean you have every chance of turning into an Instagram celebrity, if that’s the sort of thing you fancy.

What I love about it: Calming performance, comfort, design, value-for-money appeal

If you’ve been fortunate enough to ride the Harley-Davidson XR1200, you’ll know what I’m on about. The XR was legendary, not just thanks to one Mr. Evel Knievel, but simply because it was the most irreverent, exhilarating and mind-boggling Harley ever known to mankind. Saddened by its shocking demise, I spent years yearning for its revival which, to a large extent, finally arrived in 2016 in the form of the Roadster. It’s got a 1202 cc V-twin pushing 10 kg of torque, a bloody-fantastic Showa USD fork and riding ergos that make a hooligan out of even the most unsuspecting – that’s XR territory, right there! It’s also the cheapest 1200cc motorcycle you can get your hands on right now and at Rs 9.7 lakh (ex-Mumbai) it reeks of value-for-money. The most fun Harley of them all, without a doubt!

What I love about it: Aggressive riding stance, XR-like demeanour, delicious price tag

What I don’t: Could do with a wicked headlight cowl, more imaginative tail design