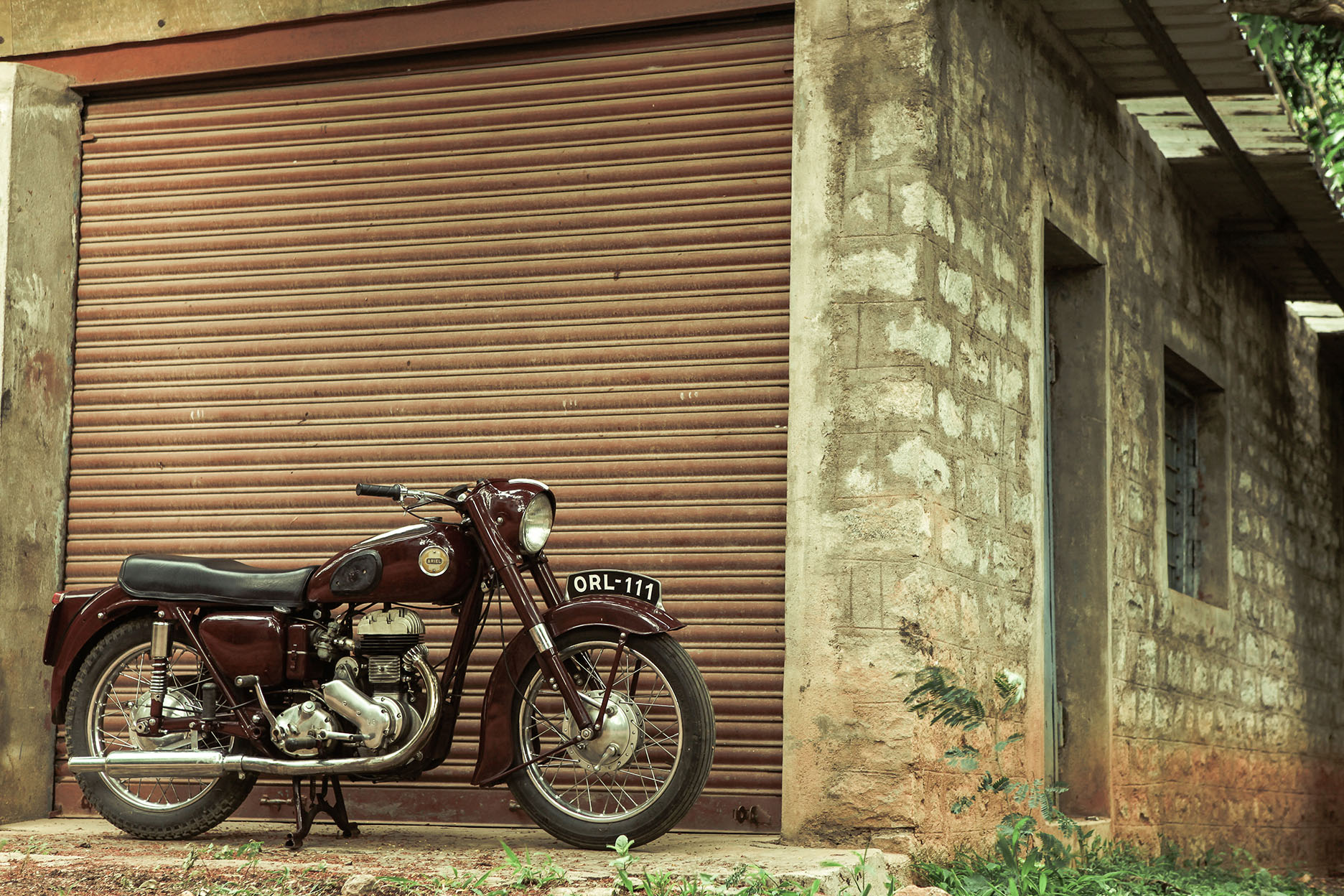 As a child, I was quite the underdog. Hardly athletic and with an acute distaste for mathematics, I was basically in no man’s land. Whilst the teachers patted the backs of the toppers in class and the crowds carried the medal-winning sprinters on their shoulders on the sports field, I quietly grew up in the company of fast friends and a loving family. 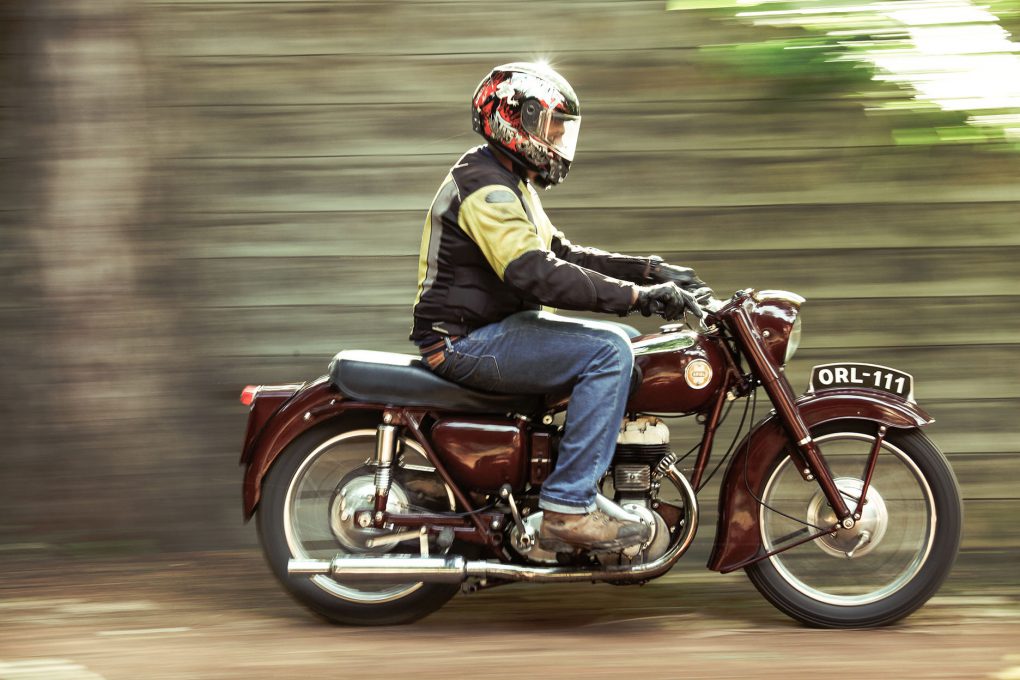 Childhood experiences have moulded me into the person I am today and as a result of those occurrences, I tend to look for heroes and motivation in the less obvious places. I believe inspiration and stories of faith and tenacity can be found more abundantly in the trenches than in gilded towers of glass and steel.

It is precisely for this reason that I have always held old British side-valve motorcycles dear in my heart. They were never in the limelight like their more bejewelled OHV siblings, and were never regarded as the sort that would keep many a young lad awake at night, sleep overtaken by the kind of lust only a motorcycle like a BSA Goldstar or a Norton International could elicit.

Yet when the morning came, it would be the nondescript side-valve that would get the bloke to work and back. Come hell or high water, the dependable old girl would soldier on, undaunted. It was the sort of motorcycle that was easy to take for granted. A motorcycle reduced to a lacklustre appliance that just kept on giving, yet demanding little in return.

However, though most wouldn’t care to admit, many people owned side-valve motorcycles back in the day and these were mostly used as work bikes. Hordes of them were relegated to sidecar-lugging duty, a rather dreary task that their torquey engines lapped up with delight. They were relatively cheap to buy and it didn’t take much to keep them going. In fact, they were so popular that Ariel manufactured the VB 600 — whose 600cc side-valve engine remained virtually unchanged throughout the model’s production run — from 1931 right up to 1959 when the company ceased making four-strokes completely, instead choosing to concentrate on two-strokes alone. Within this 28-year period, it was only between 1941 and 1945 that the VB wasn’t manufactured, since the need of the hour at the time was the W/NG — Ariel’s motorcycle contribution to the Second World War effort.

One of the key attributes that make the quintessential British side-valve single so affable is its relatively low compression and this Ariel VB 600, manufactured in 1956, is no different. Get the kick starter to turn the crank over from rest and gain momentum. Once that lump starts to spin, release the valve lifter and the motor chuffs to life. Or shatters your ankle into smithereens with a severe kick back if you have forgotten to retard the ignition timing. Er, welcome to the school of hard knocks, I suppose?

The sheer amount of torque from the engine means that it huffs and puffs, and blows the hills away with the slightest smidgeon of throttle input. But the VB 600 is as manic in its demeanour as a snail on muscle relaxants. It is a mild-mannered machine and likes to take its own sweet time getting along the road.

The Burman 4-speed gearbox, also seen doing its thing on motorcycles manufactured by other erstwhile British marques like Matchless, Panther and AJS, is a bit of overkill on this Ariel. Sure, it shifts positively through the gears but on a machine such as this, all that seems to be needed is the first and fourth cog. Once you get the Ariel moving to about 30 kph, slot it directly into the top gear and it gurgles forward without the slightest of a fuss if the incline of the road isn’t very steep. And if it sheer, then merely retard the timing a bit and the grand old Ariel will sort out the rest for you.

Like I had mentioned earlier, the motor of the VB 600 didn’t change much throughout the production of the model. But the cycle parts kept evolving, albeit lagging a tad behind the OHV singles, twins and Ariel’s masterstroke — the Square Four. First sold as purely as a hardtail, the VB was offered with a plunger-rear-ended frame from 1939 onward as an option. In 1954, a potential VB 600 buyer had the hard task of choosing between a rigid, plunger or swinging-arm frame. Finally, in 1956, the 600 was available only with a swinging-arm frame and that is exactly the sort of contraption this specimen is shod with.

And thankfully so, since I am riding up and down metalled roads which would have otherwise given my backside a stiff time if it were a rigid. The swinging-arm suspension, on the other hand, does a fair job of insulating me from the rocks and undulations of the road. The front suspension is pliant and along with the damper — an adjustable friction-disc job as was similarly fitted most British bikes at the time — do their best to keep things in line.

The brakes, well, work in a broad sense. They are there to stop the bike and they certainly do that, er, ultimately. When you give the brake pedal a bit of foot, you can actually feel the cable stretch before it begins to pull the brake arm forward, pushing the shoes, by means of a cam, against the innards of the shiny drum. It’s all an involving and elaborate ritual but to put it blandly, you need to triple stopping distances if you are getting on the Ariel straight off a modern motorcycle.

Another classic departure from many modern motorcycles is the rider triangle of the VB 600. It is absolutely spot on for a person of my dimensions and I can vouch for the fact that the ergonomics are good enough for spending extended saddle time on this motorcycle with minimal discomfort. It is almost as if the motorcycle was custom made for me simply because all controls fall naturally within my grasp. It is really amazing how much importance motorcycle designers paid to rider comfort back in the day, as compared to today where most bikes require you to assume foetal position every time you care for a ride. 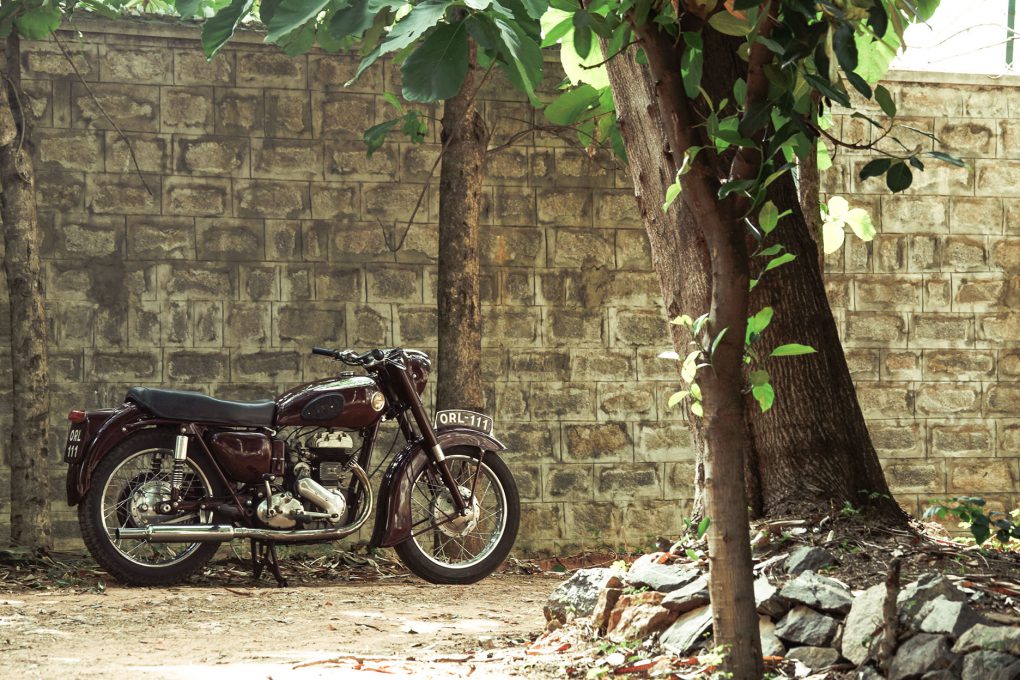 Yet another facet of the VB 600 that most modern motorcycles lack is the charm, character and warmth that this machine exudes in abundance. The clickety-clack sound of the mechanicals, the steam locomotive-like chuffing from the exhaust, the smell of hot oil and the elegant styling all combine to warm the cockles in your heart. No matter what the actual destination might be, riding the VB 600 takes you to a happy place every single time. It’s like you are always in the company of an old friend. Now tell me that isn’t awe inspiring!

A big thank you to Dr Ravi Prakash for allowing us to ride this wonderful motorcycle.

[This story was originally published in our August 2017 issue]